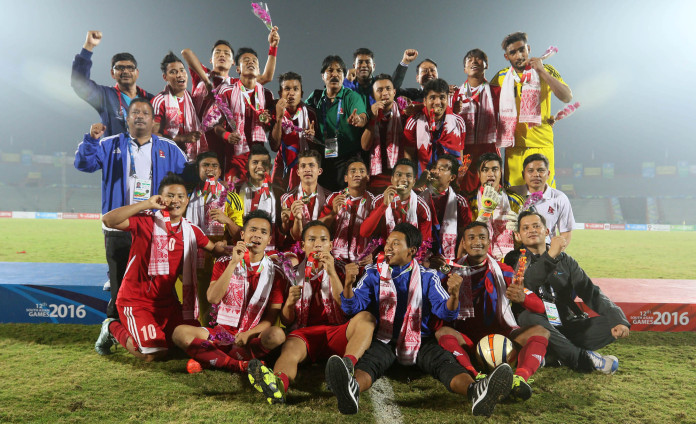 Nepal’s Men Football team victory against India in the ongoing South Asian Games has brought a new excitement for sports enthusiasts back home.

The gold medal award for the Nepali under-23 football team has indeed added an anticipation of hope amongst the entire sports industry and Nepalis.

In a victory achieved after a long gap of 23 years, Nepal beat India with a final score of 2-1 in the finale of the 12th SA Games at the Indira Gandhi Athletics Stadium in Guwahati, India.

If you missed the live stream of the much-talked-about game, here’s a full recorded version of the game for you.

Watch all the goal highlights from the game in a short video below.

Here’s another video of the winning ceremony and Nepali players receiving the awards.

See the historic win of Nepal’s Men Football team in the official images from the South Asian Games 2016. 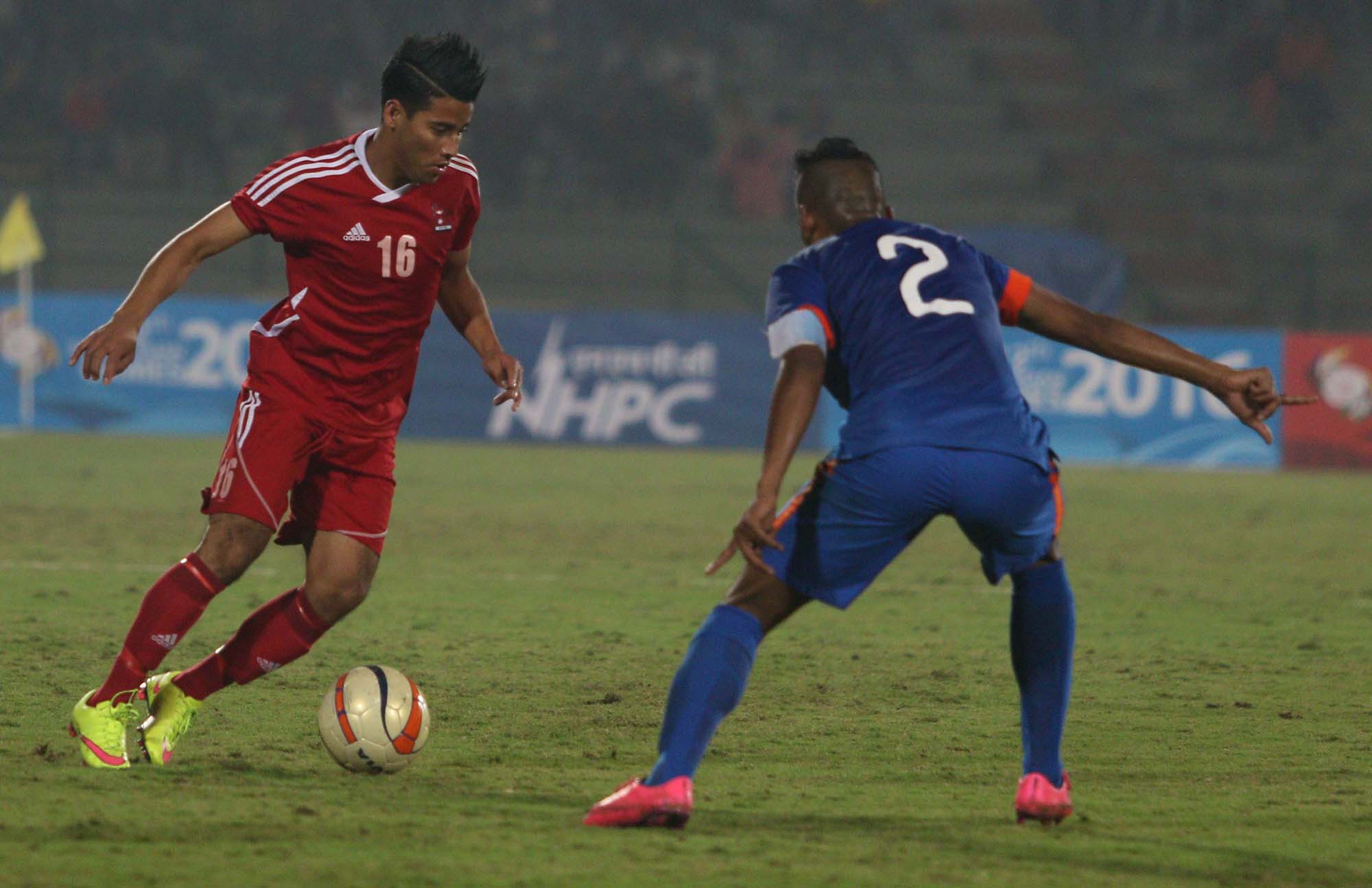 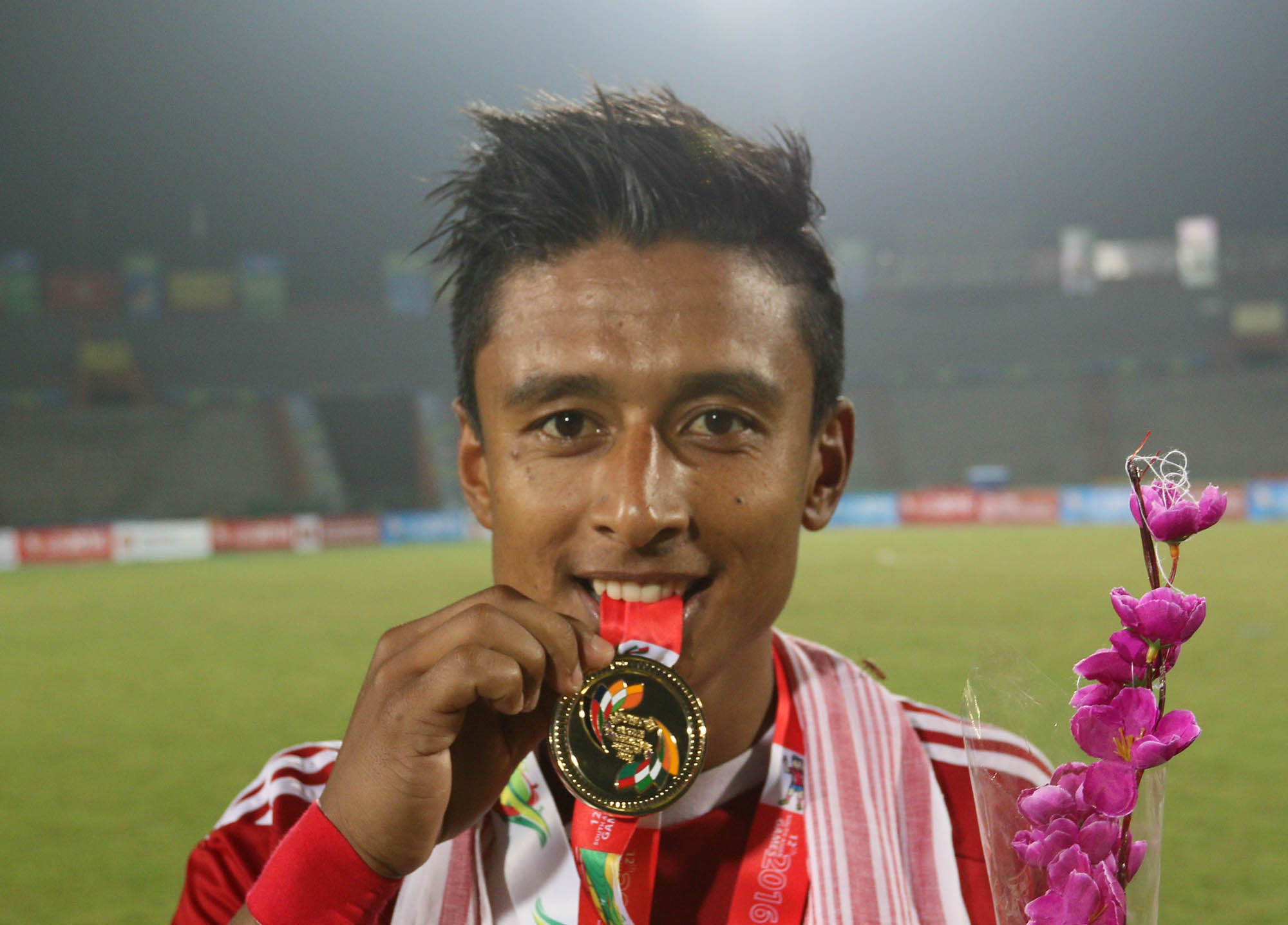 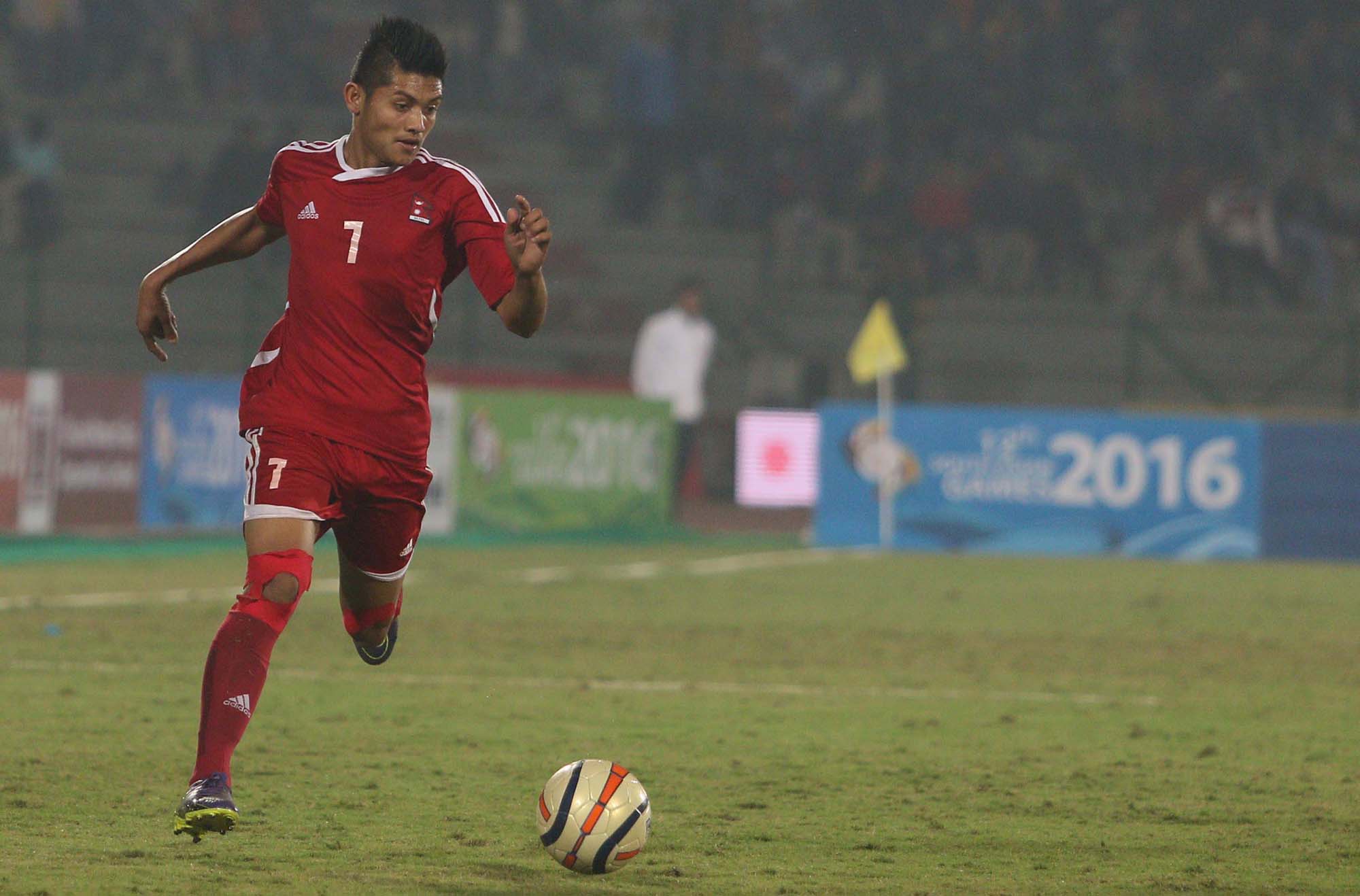 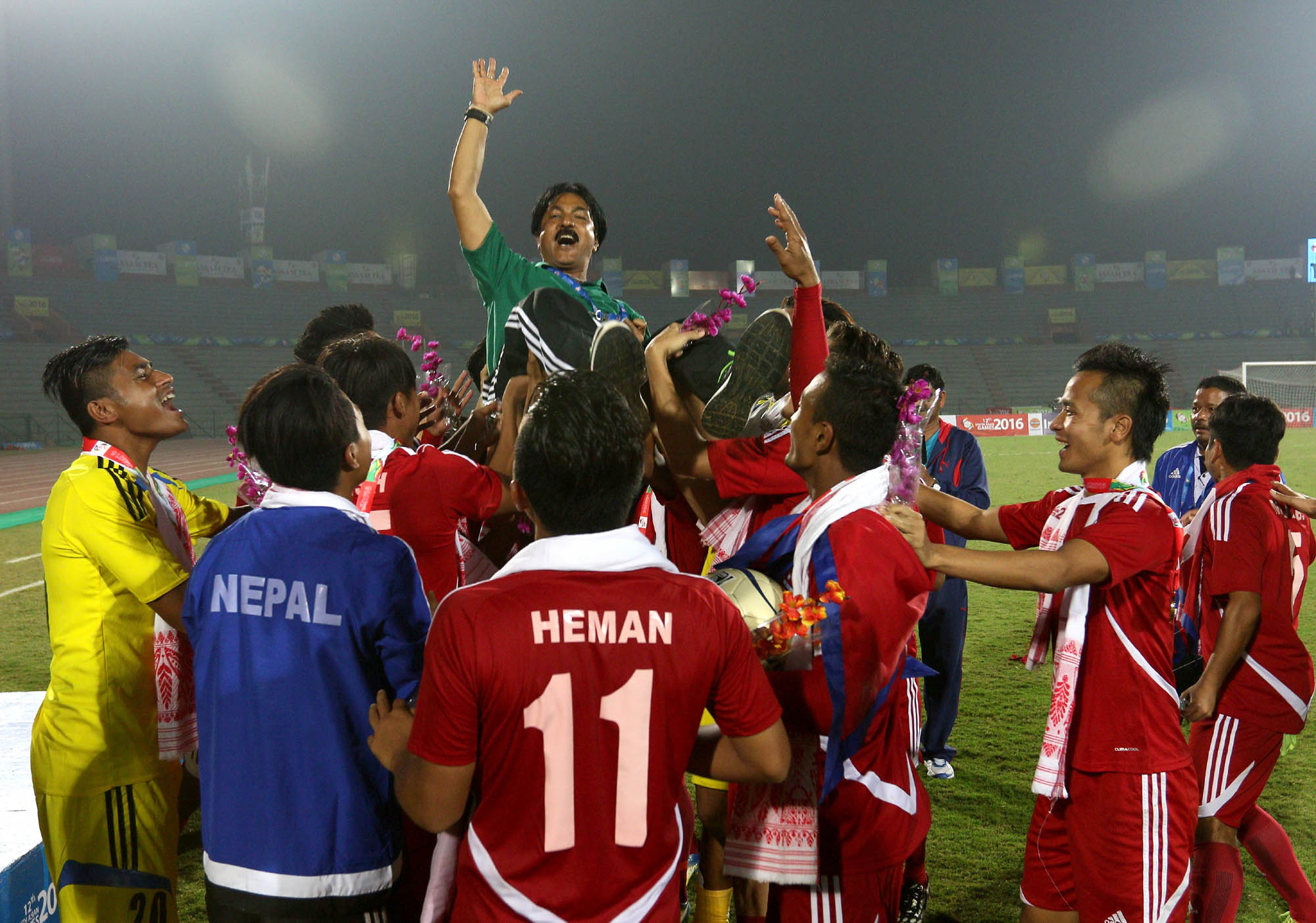 Nepal secured its place in the finals with a win of 4-3 against Maldives in the semi-final match of the games.

Previously, Nepal had won the gold medal in the men’s football back in 1993 games held in Dhaka.

The team was widely celebrated for their achievement across the capital in a rally organised by the All Nepal Football Association (ANFA).

A big crowd was seen accompanying the Nepali men’s football team celebrations that rallied them around several places in Kathmandu.

The football team’s achievement garnered third gold medal for Nepal in the ongoing 12th edition of SA games. The other two gold medals were awarded to Nepal in Wushu and Judo.

Congratulations to the Football Team Nepal and other players that left a mark in the game!