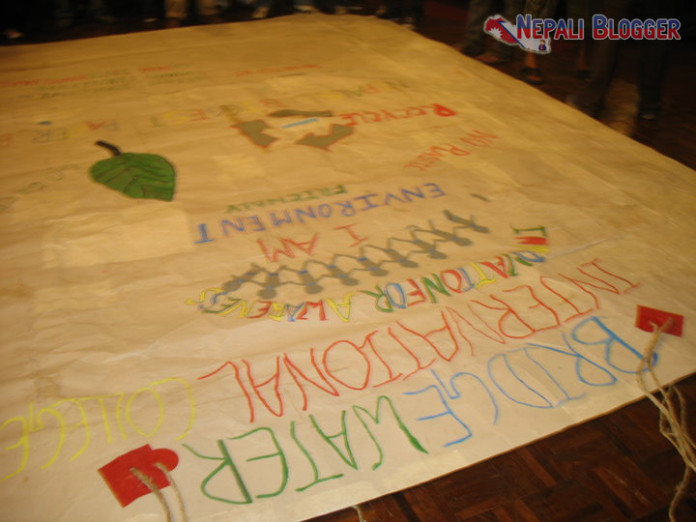 
It is Nepal’s biggest paper bag, no prizes for guessing though!

This big fellow was born during the one week long campaign called ‘Nepal Environment Week’ which was organized by Innovation For Awareness (IFA) group along with some other social organizations of Nepal namely Society of Aware Students (SAS), Nepalese Youth for Climate Action (NYCA), 1 Degree Initiative, Interact Club of Yala, The Innovatives, Extra Nepal, Smart Club and Nepalese Youth Debating Club (NYDC).

The paper bag was officially released amid a program in Nepal Tourism Board (NTB) in June 4, 2010. The spectators present in the hall were amazed as well as curious to know about the biggest paper bag of Nepal. “It is made up of 100% recycled paper. This is also a major attraction of our environment week. We just wanted to urge you to be environment friendly so this is our urge in the form of paper bag”, the organizers said.

Since environment is really an important issue to look after and it is also very difficult for the people to change their life styles according to the environment, this effort of young organizers was highly appreciated by the audiences. The organizers also informed that talks are going on with NTB to display this bag in the museum. 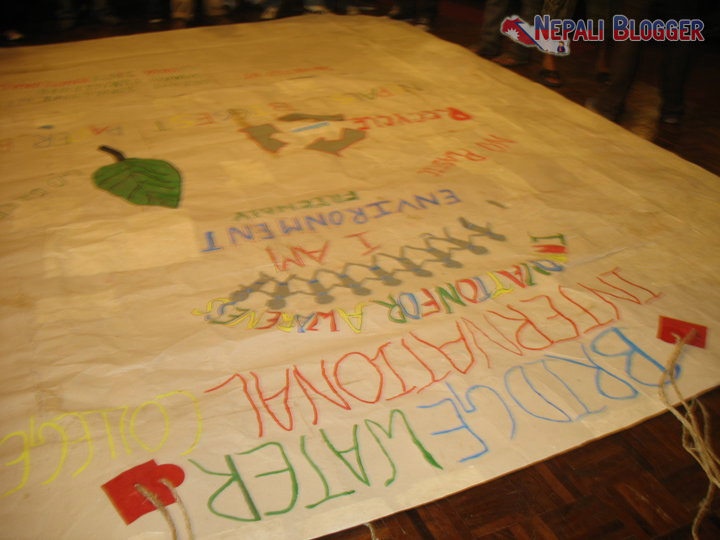 As soon as the formal program came to an end the audiences rushed to capture their photos with this historical paper bag. “Kudos to this effort for young activists”, I heard this remark from many spectators.

By Sabin Gnawali
Author is an A-level graduate from Kathmandu, Nepal. He loves writing and has won amy awards in different competitions; the most recent one is the winner of Cambridge University’s essay writing competition on the ocassion of its 150th anniversary.