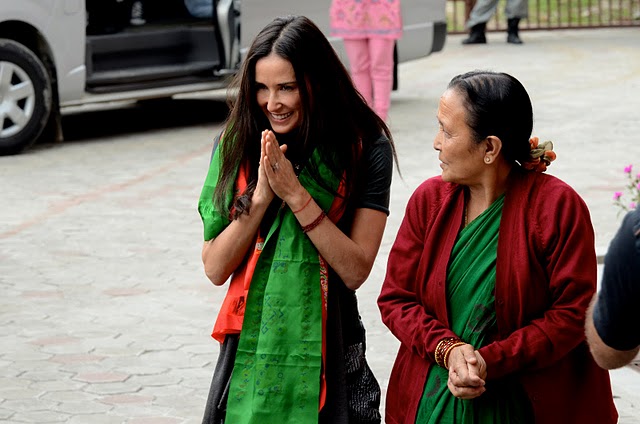 Remember Demi Moore visiting Nepal some months ago to film a documentary for the CNN Freedom Project? She visited several places of Nepal along with 2010 CNN Hero of the Year Anuradha Koirala and also met several girls rescued from Maiti Nepal, Koirala’s organisation in relation with the documentary. The documentary which will be now televised on CNN reveals the emotional, first-hand experiences and heart touching stories of those survivors.

Here’s the short preview of the video from CNN. In the clip, Demi Moore learns how Tulli, a Nepali Women, fell into trafficker’s hands. In full documentary, you can see the actress hearing horror stories from former sex slaves, playing games with their children, and joining one woman making the daunting trip home. It also brings out the works Maiti Nepal has been doing such as, a hospice for women with HIV-AIDS, a learning center for women hoping to make a new life and a band of border guards trying to stop women being smuggled in the first place.

Here are the air times you can catch the program according to your location on Sunday, June 26.

You can also join for live discussion with the producers while the documentary is airing at http://cnn.com/freedom.  You can also attend the facebook event for discussions.