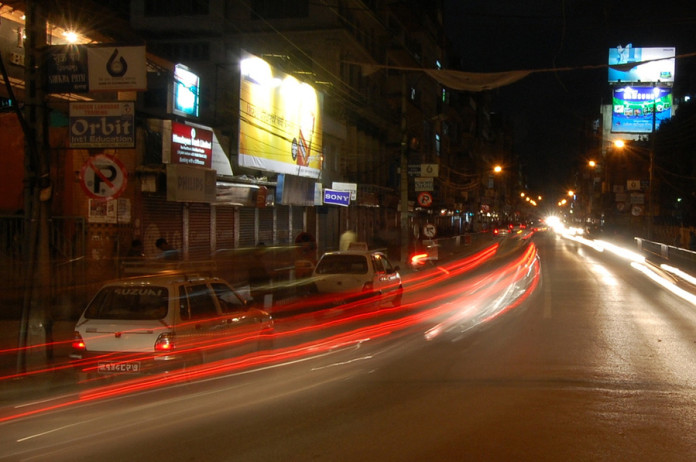 Several Media Portals and Televisions from Nepal are reporting bomb explosion in New Road, heart of Kathmandu City in Nepal. It’s reported that a pressure cooker bomb went off this (Friday) afternoon near Pipalbot.

Pressure cooker without lid and traces of sulphur has been found around the spot. DSP Dhiraj Pratap Singh of Metropolitan Police Circle Kathmandu informed that the explosion was carried out by using a one litre capacity pressure cooker packed with explosives.

No human casualties have been reported and no one has taken any responsibilities yet.

Here’s the press-release from the Nepal Metropolitan Police. 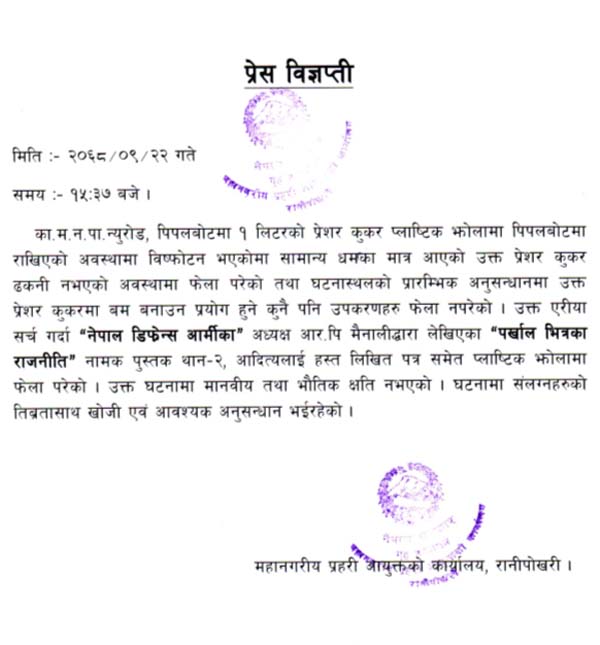 Interestingly, one popular Nepali blogger from Mysansar calls the bomb simply a fire cracker and describes the whole incident on his blog. 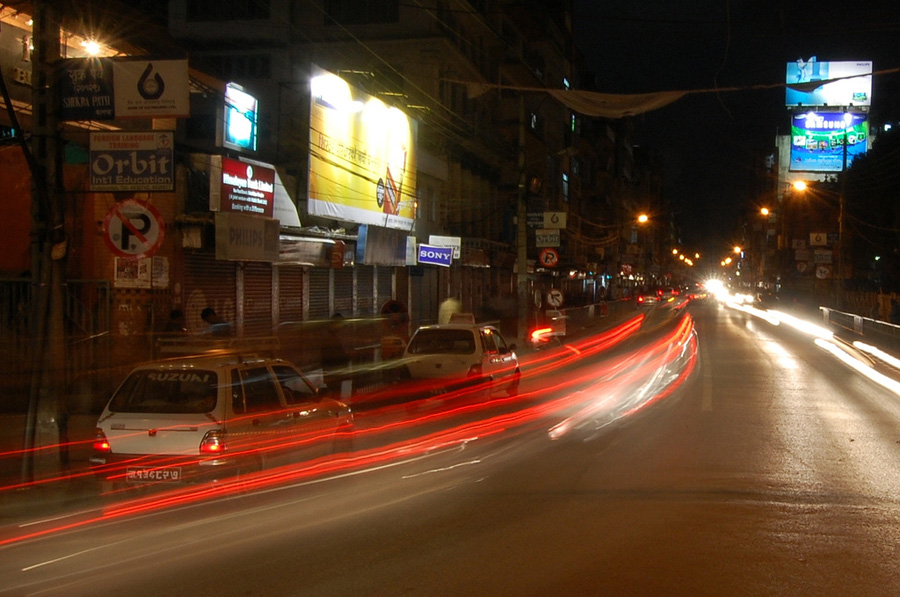 What is your finding?