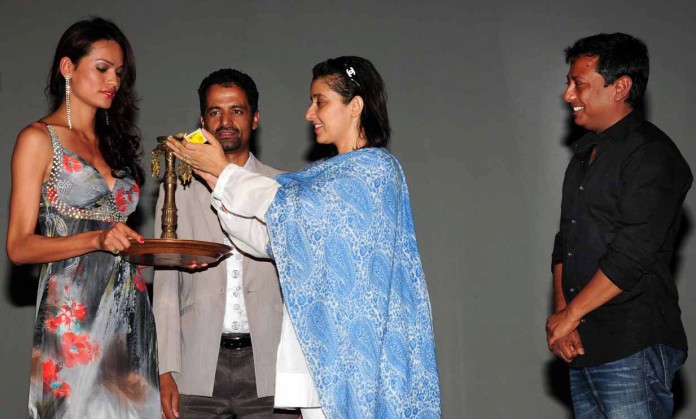 Manisha Koirala inaugurated the screening of “I AM”, a film by Onir at the Rastriya Nach Ghar, Jamal (Kathmandu, Nepal) on Sunday. She was accompanied by Onir, Director of the movie (an openly gay film maker) and Sunil Babu Pant, founder of Blue Diamond Society (BDS) and Nepal’s only openly gay MP. 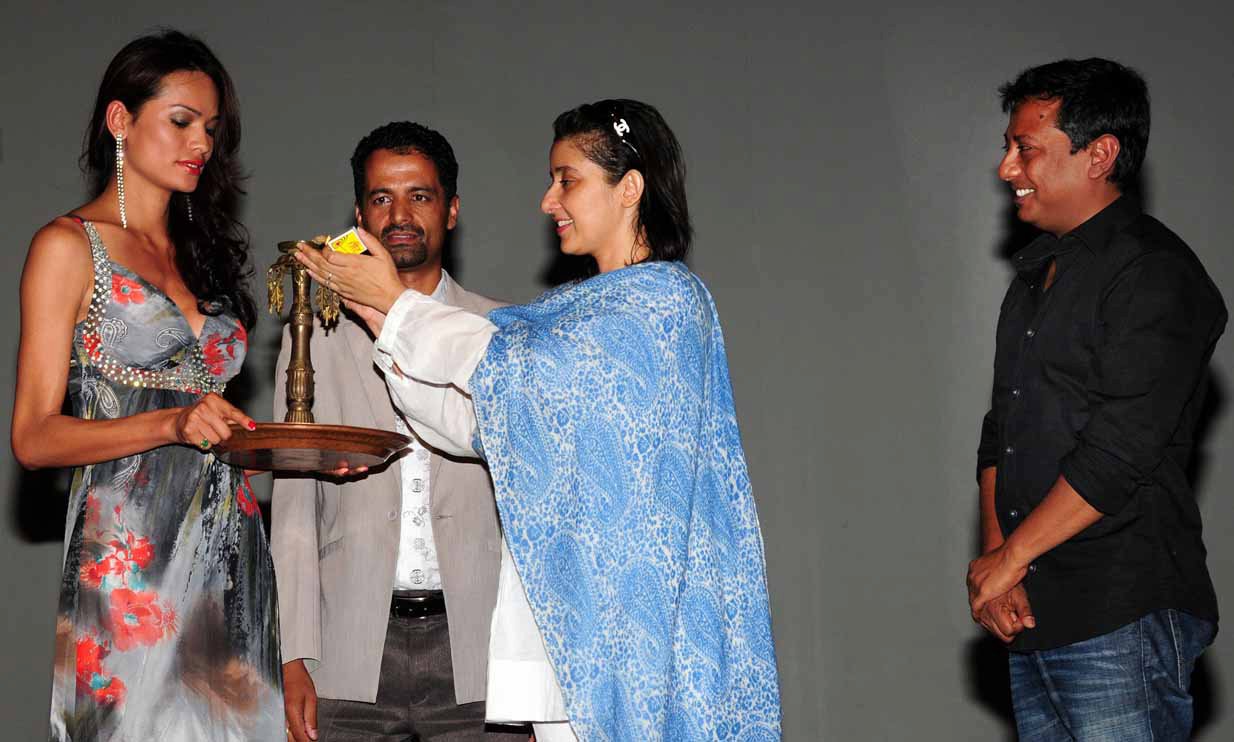 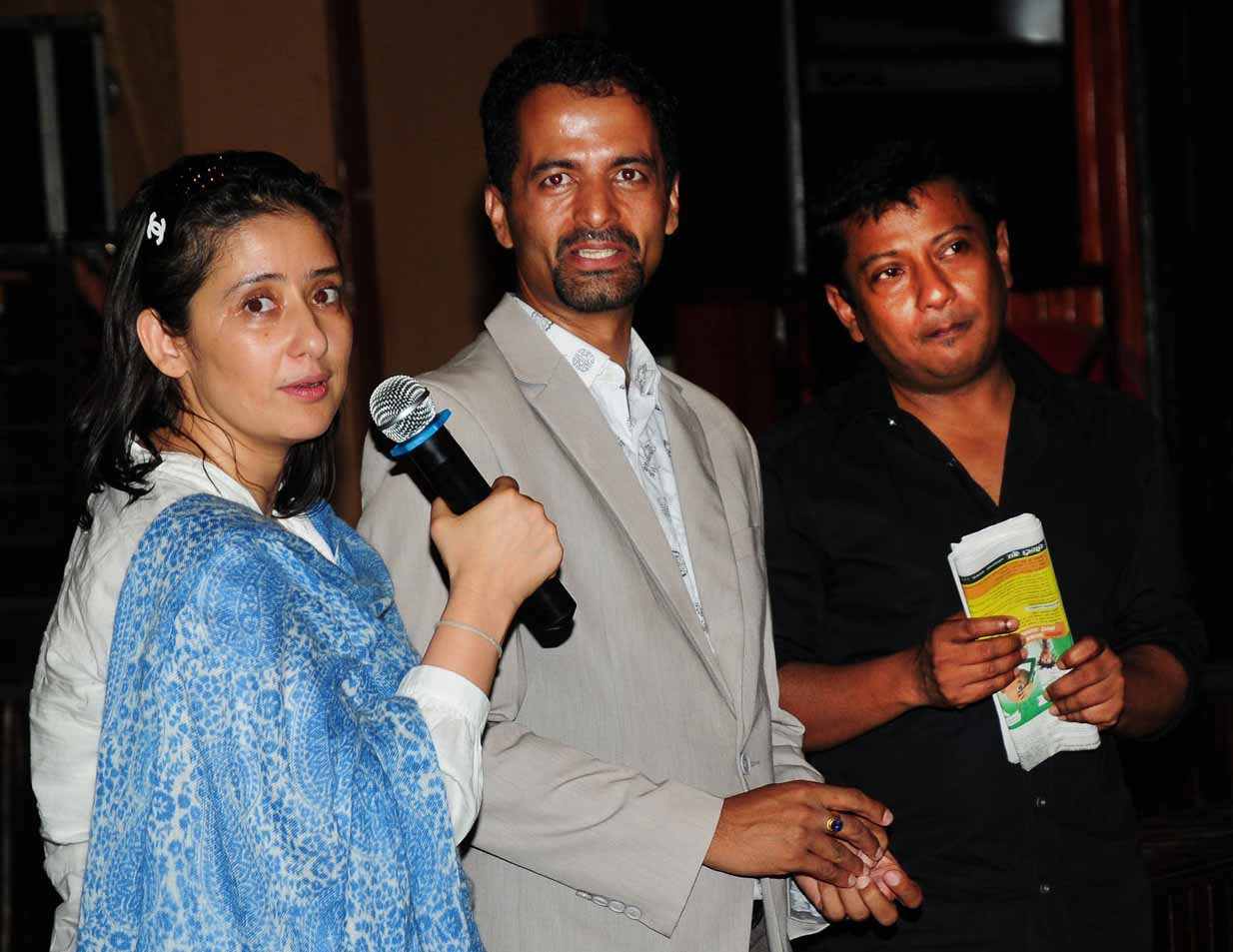 The film stars Nandita Das, Purab Kholi, Manisha Koirala, Juhi Chawla, Sanjay Suri and Rahul Bose, and narrates four different stories. The collage of four different stories depictis emotional journeys undertaken by characters struggling to fight their personal battles. While someone is battling with sexual abuse another wonders if his sexual preference will ever be accepted. It was released last month in Bollywood cities. 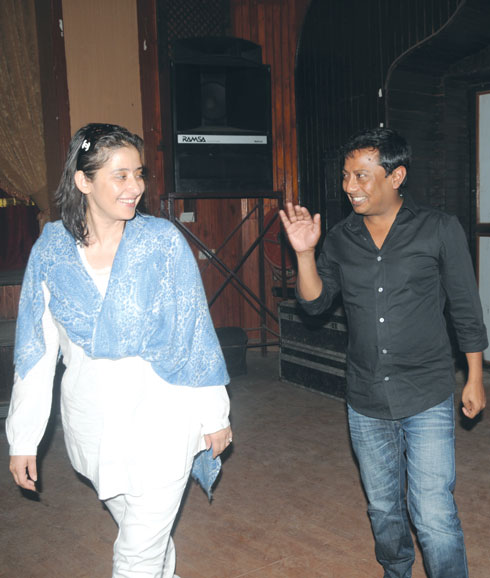 Manisha Koirala with Indian Director Onir at Rashtriya Naachghar on Sunday after the special show of film ” I AM ” .

The movie will also be screened at Gurukul Theater, Old Baneswor on Monday.
Images via Kantipur and Republica