National Sports Council (NSC) has started the construction of Indoor Cricket Hall at the premises of Tribhuvan University International Cricket Ground in Kirtipur. Chair of NSC and Youth and Sports Minister, Ram Kumar Shrestha laid the foundation stone of the cricket hall on Thursday. At the foundation laying ceremony, minister Shrestha said that there was no site available before for the construction, despite of assistance from several sectors for infrastructure development. He further stated the high necessity of infrastructure for sports development, and urged to come up with serving thoughts for the development.

The first to be built indoor cricket hall in Nepal will be occupying an area of 520 m2. The hall will have dimensions of 140 x 40 sq. ft. With the estimated cost of Rs. 7.44 million, the contract for building the hall has been assigned to R&C Builders, Jorpati. As per the contract, erection of a two-lane hall should be completed within 40 days of construction. 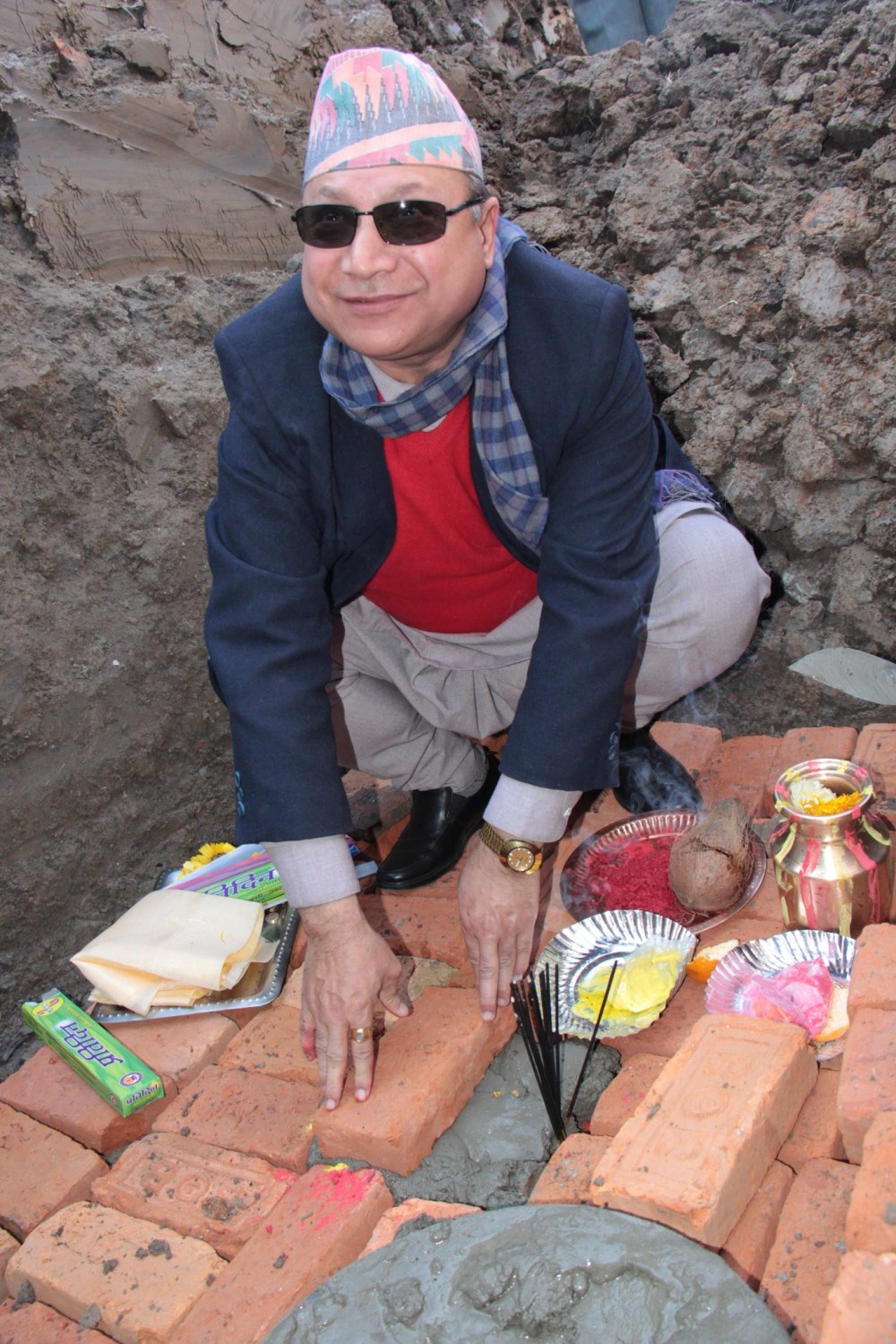