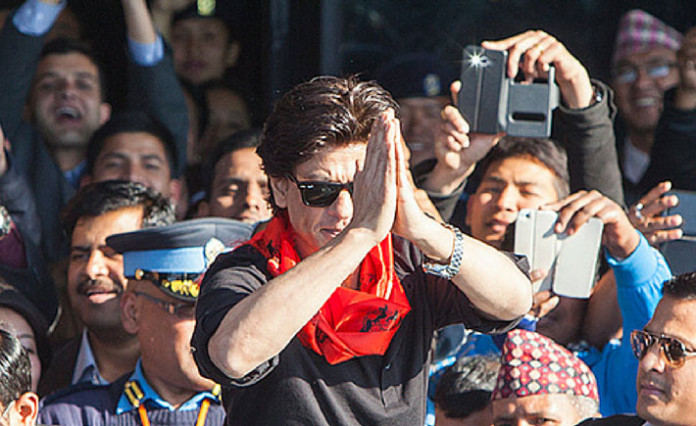 Popular Bollywood superstar Shah Rukh Khan has finally arrived in Kathmandu, Nepal. The superstar is attending an event organised by Nerolac Paints at Hyatt Hotel this evening. He is scheduled to return back to India after this short stay in Nepal today.

Shah Rukh Khan landed at Kathmandu’s only international airport this afternoon with his private jet. The actor that was hugely cheered and welcomed by his fans at the airport then proceeded to the Hyaat Hotel in Kathmandu where he briefly spoke to the media.

Speaking to the media, the actor expressed his excitement of the love he has received from Nepalis in Kathmandu. He also mentioned that it was his second visit to Nepal. Sharukh finally apologized of not being able to make it on previously scheduled date. The organizers haven’t disclosed any further information on the schedule of the actor’s stay in Nepal. 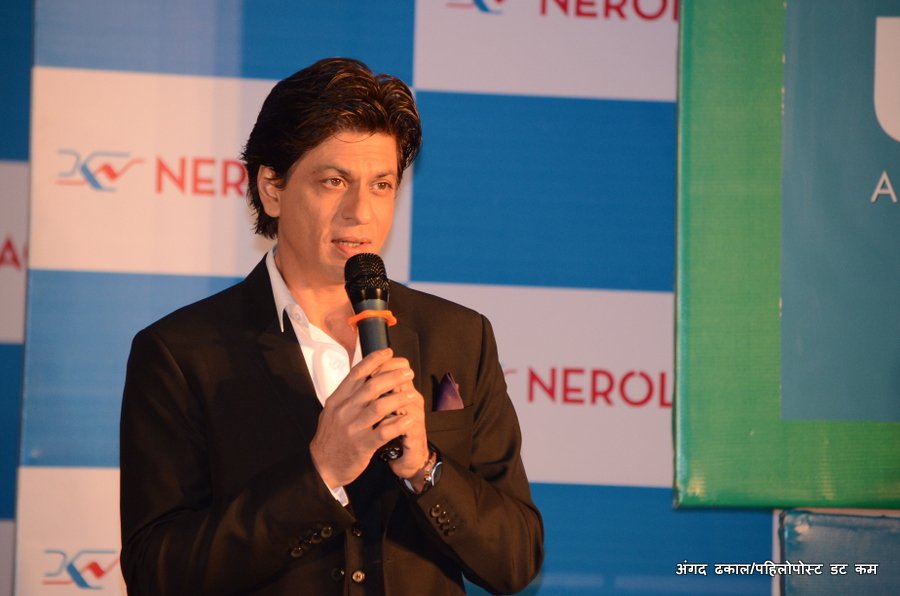 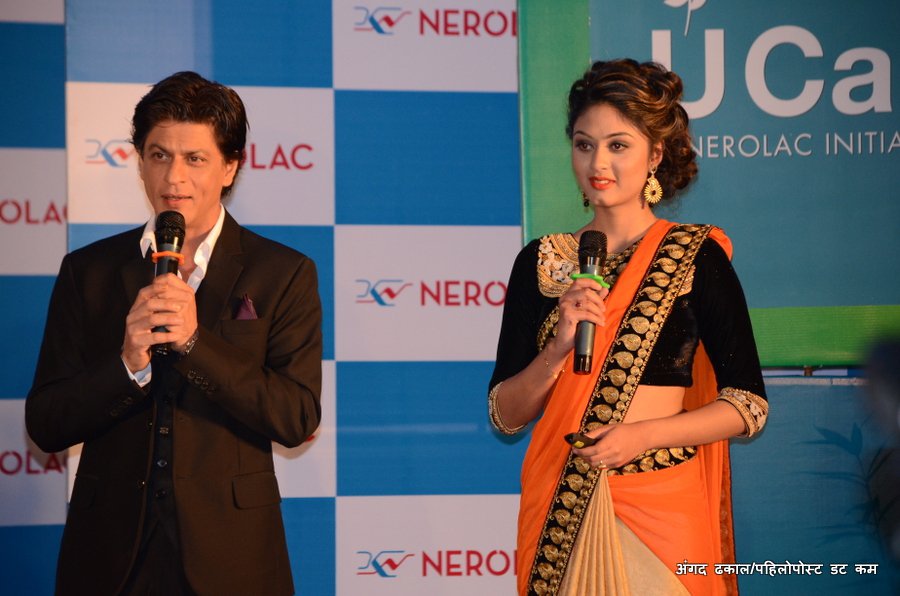 He had tweeted of arriving in Kathmandu shortly after he landed at the Airport.

Just landed in Kathmandu. Years ago I had come here…feels so pleasant and calm here.

Here are few images of the actor seen arriving at the airport today.