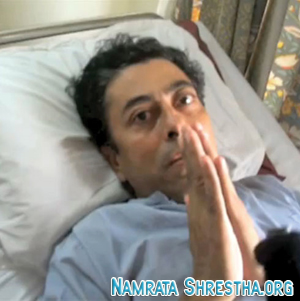 “Jindagi ko ke bhara chha ra, aja wara bholi ko para; Hey maya marera, Najau malai eklo parera” How could anyone forget these great lines of Kumar Kancha’s music? The words could be no more true to the singer himself and like he says in the song, he left all his admirers alone. Kumar Kancha died this afternoon (Monday Afternoon) while he was ongoing treatment in Raheja Hospital, India. He couldn’t withstand the illness for more than seven months being bedridden in the hospital. A massive heart attack this morning took life of this veteran singer of Nepal. Finally, he had to lose his struggle with life. 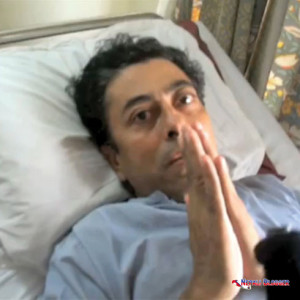 Kumar Kancha was bedridden for several months at S L Raheja Hospital in Mahim, Mumbai after he had been left paralyzed from the waist down with a spinal cord operation. His family members have validated the news of his demise and are preparing to bring the dead body back to Nepal for his funeral rituals. Kancha who started his music career at the age of eleven from Kolkatta had to end everything at the age of 53.

Kumar Kancha initially started his career from Indian Music Industry. He was also born in India while his father Man Bahadur Shah had been to India leaving Dailekh in terms of job. It took a great effort from Kancha to be established in the music industry and he has given some greatest hits of all time. In his music career, he has contributed more than thousand songs (more than 100 songs in Nepali) in almost thirty five different languages.

Several efforts were made from the Music Industry people and his admirers to help this singer after he pleaded for financial support. Among others Namrata Shrestha, one of the popular actors of Nepal organized an evening for Kumar Kancha to raise funds for his treatment. With approx. of three hundred audience for the event, she managed to collect almost three lakhs (3, 00,000 NRS) for the cause. Several other campaigns such as donations from non-resident Nepalis, SMS initiatives etc. were also initiated to help this singer fight for his life. Everyone wanted him to be back on the stage with his songs again!

Although he is no longer with us, his music will always remain with us, help others live and rejoice. Hearty condolences to Kumar Kancha!

Here are some of his most popular songs for which he will be always remembered in Nepali music industry. May his soul rest in peace.

Add your condolences below!