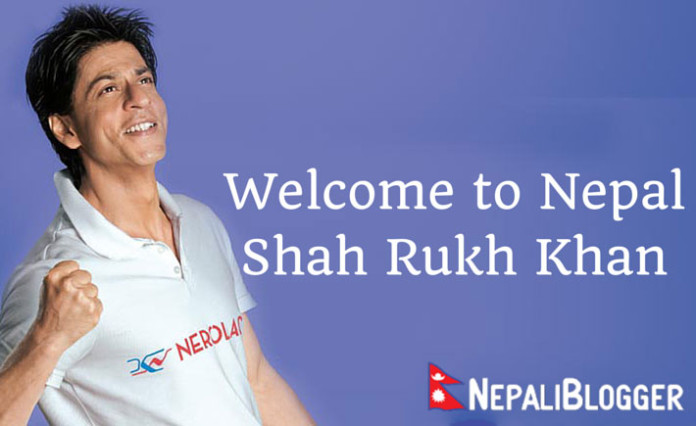 Good news, after years is that the superstar is finally visiting Nepal for a Nerolac Paints press conference event. Shah Rukh Khan, who is the brand ambassador of the Kansai Nerolac Paints, will be inaugurating the social work programme of the company amidst a special event today. The event is also publicized to bring the actor in conjunction to a consumer scheme offer from the brand. Nerolac Paints were offering customers buying paint worth Rs 25,000, a scratch card that could enable lucky ones to dance with mega star at the event. 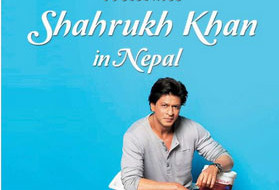 According to the organizers, Shah Rukh will be arriving today (Monday) around 3PM in Kathmandu. He will be attending the press conference event organised by Nerolac Paints at the Hyatt regency Hotel in Kathmandu. The actor is scheduled to return back to India today itself after the event, spending less than 8 hours in Nepal.

Shah Rukh Khan was previously scheduled to arrive on Sunday on his two chartered planes. But due to the heavy air traffic at Kathmandu’s only International Airport (that was finally in operation after 4 days of Turkish Airlines crash), Shah Rukh Jets were not granted permission to land, thus shifting the event and schedule by one day.

Returning back to the previous event video of 2011, it was good to see Shah Rukh Khan praising beautiful Nepal. (Watch the previous video below).

It will be interesting to hear what the superstar has to say once he actually visits Nepal this time. Shah Rukh Khan has a massive fan base in Nepal and his visit to Nepal will surely be praised by many of them.

What do you think of Shah Rukh Khan visiting Nepal? I would love to read your comments.