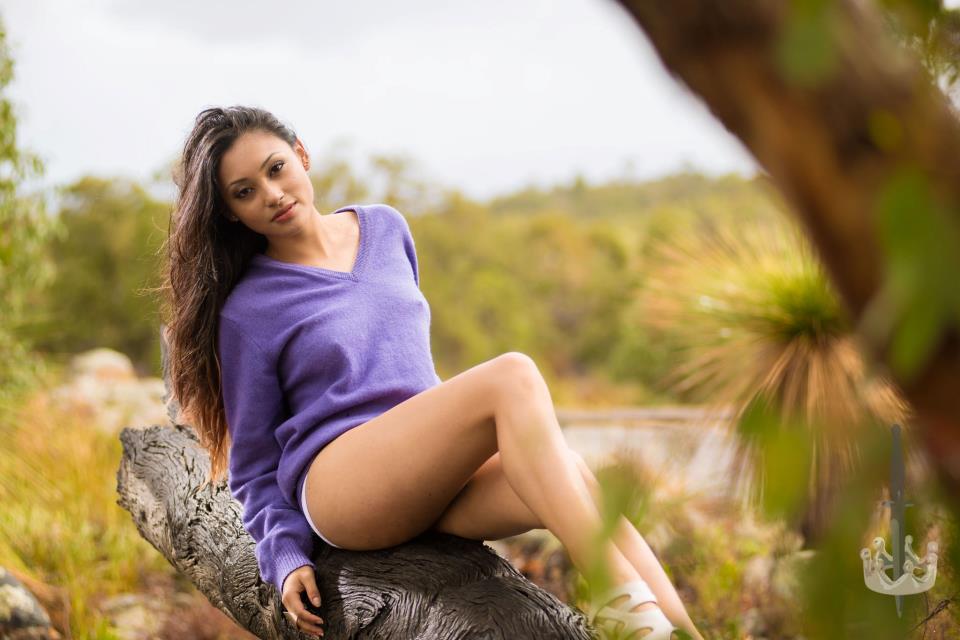 Suesha Rana, Nepali-origin Australia-based actress will be acting in the lead role of Hollywood Project – “Highway to Dhampus”. Fifty Films, company behind the film was looking for Male and Female actors from Nepal and had invited participants aged 19 – 28 to apply for this paid position. Rumours were that Malvika Subba and Keki Adhikari had also applied for this position.

Suesha will be acting for the Role of “Laxhmi” in the movie. Very less is known about the movie though. The movie is being made by John de Blas Williams and Rick McFarland (Producer of “My Girlfriend’s Boyfriend,” the 2010 American romantic comedy). The shooting of the movie is to begin in mid-January and it will be shot in several attractions of Nepal. Auditions for additional five roles in the movie are yet to be taken in Nepal.

For the male role, Raj Ballav Koirala, popular Nepali Actor will be acting in parallel to another lead actor in the movie. He was lucky to be selected in this feature film by sending two scenes as for the audition. Raj Ballav will play the role as of a Pilot in the movie. The movie will be shot in both Nepal and America.

“Suesha Rana is a Nepalese born actor who discovered her love for acting at the age of eight. She has studied acting from a young age receiving private tutoring, attending PAC courses and NIDA acting programs. She has worked with directors such as Melanie Rodriga (writer and producer of Teesh and Trude), and Mark de Freist. Suesha recently ventured to L.A to further her knowledge in acting by participating in acting courses with some of L.As’ finest such as Howard Fine and Amy Lyndon. Learning from the best and always giving her best, Suesha is a delightful actor to work with. She is a very hard working, focused and a charismatic actor, who is lovely to be around and brings smiles to faces.”

Also do read her interview as published in Hello Shukrabar taken by Deepak Adhikari some time ago.

Q: Can you tell me about your childhood? Where were you born, what did your parents do for living etc.
A: I had a pretty normal childhood growing up, I was born in Kathmandu and went to a few schools there. I also went to school in Jaipur, India during primary school. But, I settled in Perth, Western Australia when I was 9 years old. My father was Sahadev Rana, he was the managing director of Hotel de’l Annapurna and my mother was a full time mom.

What drove you towards acting?
Acting was something that came quite naturally to me and always really enjoyed. I’ve always been a bit of an entertainer, being a clown and loving the attention. I’ve always enjoyed exploring characters, I use it as an escape from the monotony of life every now and then.

Which was your first play? Can you share your experiences of that moment?
My first play was The King and I, and it was a school play. I loved being on stage, especially the adrenaline of being in front of so many people and being appreciated for what I was doing which was entertaining.

When did you feel that you will be a full time actor?
I’m hoping to fully launch into acting next year when I have finished my bachelors degree in commerce. Also, living in Western Australia there is very little opportunity for work in terms of acting, therefore I have decided to go to L.A next year to study more acting and pursue a career there.

What is it like acting in Australia? Can you give a sense of what it is like to be acting in that country?
Acting in Western Australia is a very good starting point. It’s great in terms of gaining experience. There is definitely more work available in the eastern state of Australia, however I find there is very little jobs available for Asians.

What types of role do you do? When and how did you get your first break in Australian movie?
I like many different roles. The more different the better, as this really expands your versatility as an actor. I like characters that need a lot of thought, it’s exciting to delve into the minds of complex characters. I’m still waiting for a big break in Australian movie as I originally started as a theatre actress.

Do you also do stereotypical roles that the non-white actors in a predominantly white country often do?
Definitely, especially when starting out its always the stereotypical characters.

You have mentioned in you bio that you’ve acted in movies like My Past My Present, Music etc. What were your roles? What was your experience like?
My past My present was a great experience, I got to understand the film world as I originally started as a theater actress. My role was a supporting role of a self fish young well established woman.

What is your next goal/movie/theater act? Do you plan to enter Hollywood?
I’m a pretty easy going person, I’m thankful for any role that comes my way. I’m keen to do more film and television rather than theater and next year I plan to do so in L.A if all goes according to plan

Have you watched Nepali films? If yes, what are they?
I left Nepal when I was really young and Nepali movies don’t really make their way into the western world. The only one I remember is Prempind and that was a very very long time ago.

Anything you would like to say (that I haven’t asked)?
I always tell people to dream big and go for it no matter what it takes. The universe always brings to you what you ask of it.

Here’s her more detailed info of  Suesha Rana as published in Myrepublica.

Congrats to both Suesha and Raj Ballav for being selected to portray Nepali Story in an American Movie!