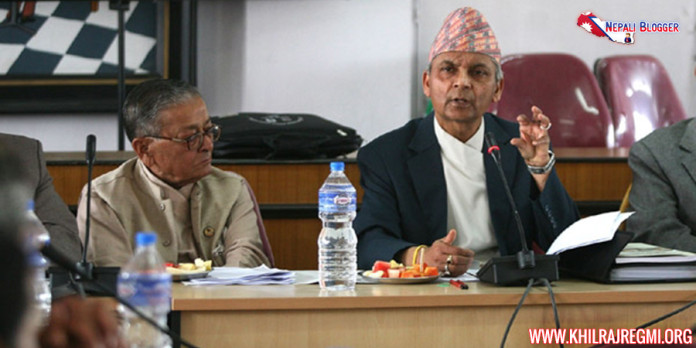 Finally to end the political deadlock and to give Nepali politics a new direction, the leaders of major political parties have agreed to form an interim election government under Chief Justice Khil Raj Regmi. The UCPN-Maoist had purposed a Chief Justice led government few weeks earlier that invited lot of criticisms and constitutional hurdles. Now overcoming all those legal barriers by amendments in the constitutional aspects and despite protests from 22 of the parties, Chief Justice Khil Raj Regmi has been sworn in as the chairman of the interim election government. Regmi who has now become the 36th Prime Minister of the country was sworn-in this morning amidst a function held at President’s office in Shital Niwas. 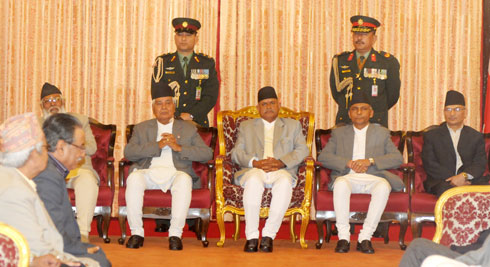 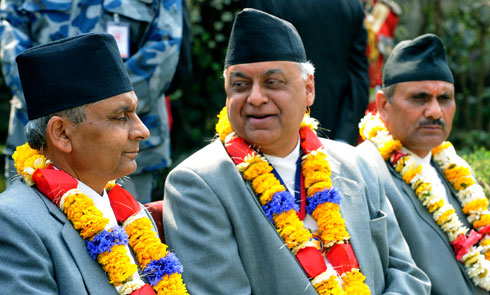 Khil Raj Regmi including the two other ministers has assumed their office starting from today shortly after their sworn-in and visits to the Martyr Memorial Park at Lainchaur to offer tribute to martyrs.

So, who is Khil Raj Regmi?

Watch this short introductory video from Kantipur television below to know more about Khil Raj Regmi.

Khil Raj Regmi has now replaced Baburam Bhattarai who was on the Prime Ministerial post for last 18months and 18 days. Bhattarai who left for his personal residence today turned on to twitter to express his excitement. He tweeted;

NowI am a free citizen.Thank you everybodywhohave stood with me during the last 18 months &18 days.

Meanwhile CPN-Maoist along with 21 other fringe parties has been protesting the agreement and decision by the major parties since this morning. They have also called for Nepal Banda in the Kathmandu valley to protest the decision till 5 in the evening.

The interim election government formed under Khil Raj Regmi will mainly pave way for holding Constituent Assembly (CA) elections by June 21, 2013. How optimistic are you about the elections being held on time? What’s your view on assigning Khil Raj Regmi as the prime minister of the country?

Images via Republica and ekantipur