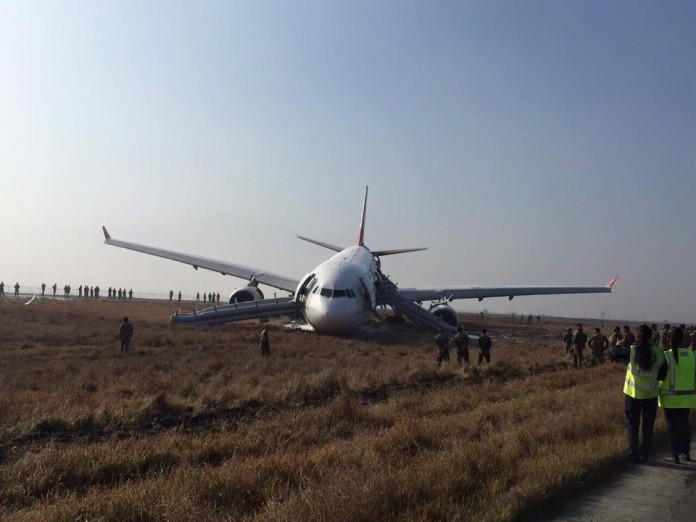 A Turkish airlines airbus A330 aircraft overshoot runway at Tribhuvan International Airport (TIA) in Kathmandu this morning (Wednesday, 7:45 am). The aircraft couldn’t land properly due to the poor visibility and was reportedly in the sky for few hours. Luckily, all passengers are reported safe in the incident.

The Turkish airlines flight 726 was inbound to Kathmandu from Istanbul with 224 passengers on board. All passengers were evacuated through the emergency doors after the airbus missed the runway central alignment during the landing process.

Here are few images of the airbus that surfaced on social media after the incident. 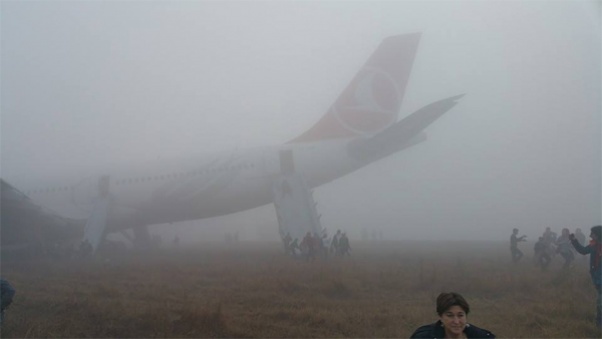 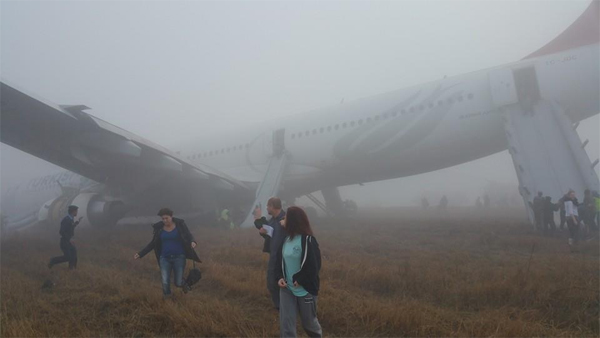 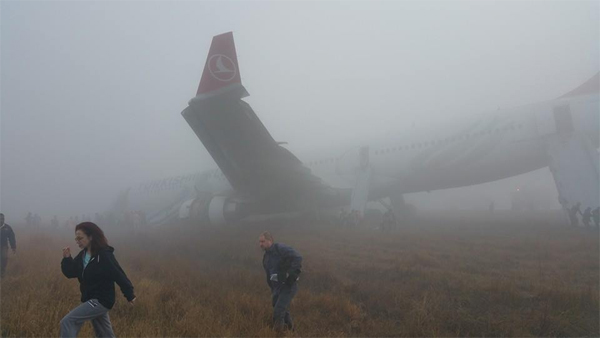 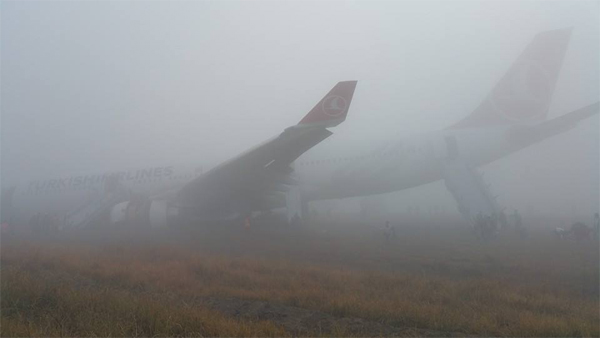 TIA officials reported bad weather conditions and low visibility as the cause of the disaster.