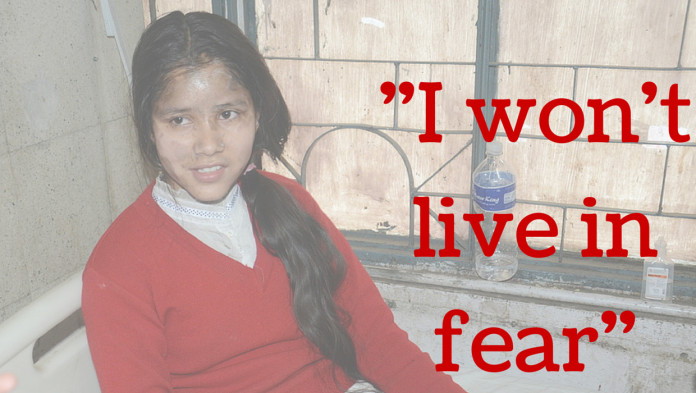 Who wouldn’t be shocked by the news of two schoolgirls being attacked with acid in Kathmandu yesterday? The news as reported by the BBC and AFP stated that two teenage schoolgirls – Sangita Magar, 16, and Sima Basnet, 15 were admitted to a hospital in Kathmandu with burn injuries after a masked boy attacked them using bottle of acid. The schoolgirls were waiting for their classmates at a coaching centre in Kathmandu.

Watch the video below of one of the victims Sima Basnet speaking about the incident.

Acid attack incidents are common in neighbouring country India and also reported frequently in the Terai region of Nepal. The fact that people watch Indian incidents in form of reality shows / investigation shows could have easily inspired to copy such acts. While India has strict laws for such cases, Nepal has yet to come up with specific laws addressing such incidents.

Although the reason for this particular attack is yet to be revealed, the motive is likely to have involved some form of revenge. Reportedly, acid attacks are common form of revenge bid in south Asian countries. 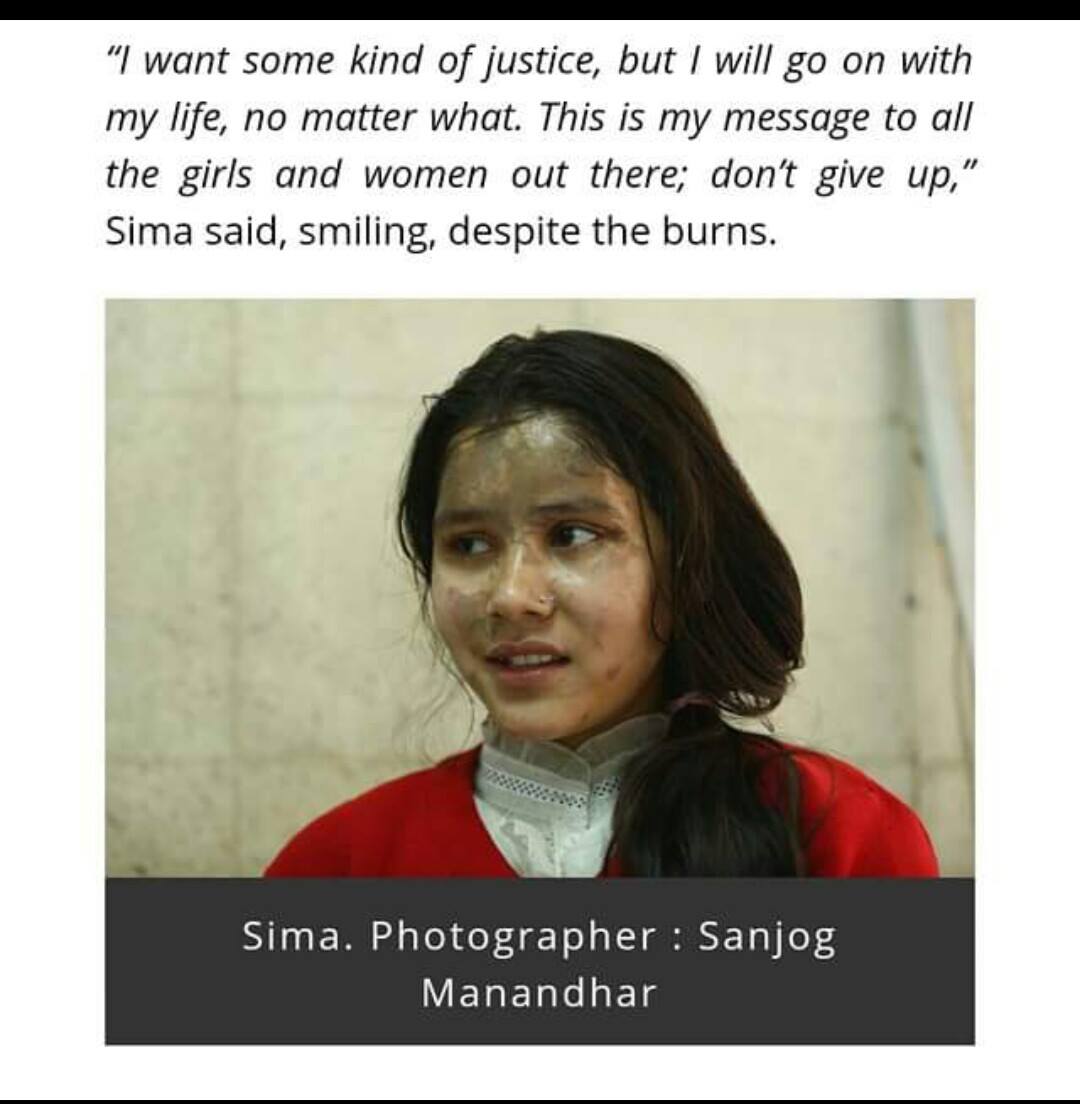 The incident should be seriously condemned and intensive investigations should be carried forward to search for the culprit and punish him appropriately. Steps should indeed be taken to discourage such incidents in the future. In addition, appropriate laws on who can sell and purchase the acid can restrict the easy availability, thus helping to prevent future incidents.

If you are based in Kathmandu, you can join the protest against acid attacks happening tomorrow (24th February) at Basantapur in Kathmandu. Follow this link for more information on the event.