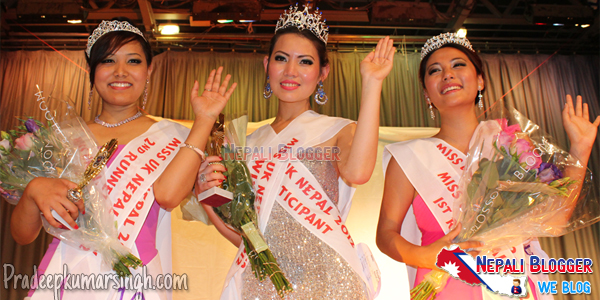 Ten finalists had made it to the finale of the competition in the only and most popular beauty pageant based in Nepali Communities of the UK.

Durga Gurung was followed by first Runner up Parika Ale and second Runner up Nayan Gurung. 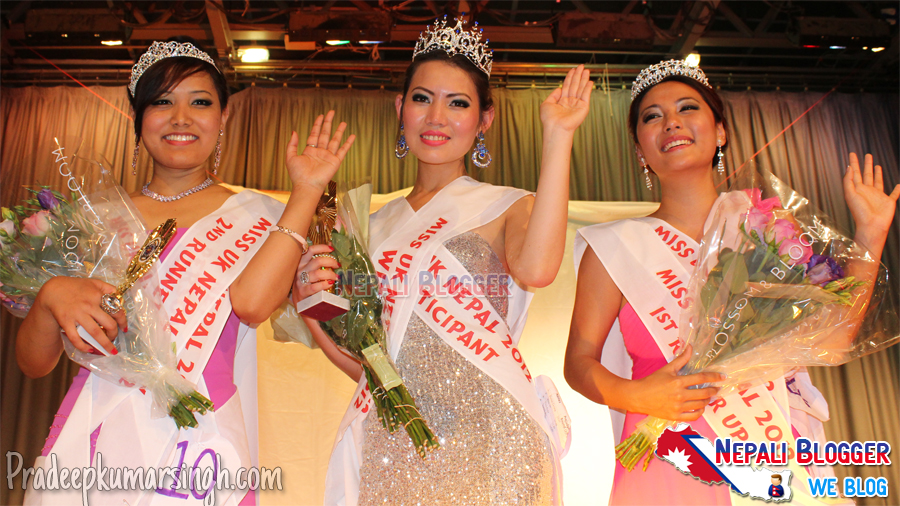 “Our culture is something that makes our identification. And as a Nepali Women, I am really proud that our culture is so unique and renowned in the whole world and respected by so many countries. Our culture teaches us to respect the elders and love the youngers! This is really beautiful – Isn’t it? So hence, I believe our culture is not only a mirror of life but also our identity” was the winning answer of Durga Gurung to the question – “A culture is viewed as a mirror of Society – Do you agree with it?” asked by chief judge Khagendra Nepali to the final five participants. 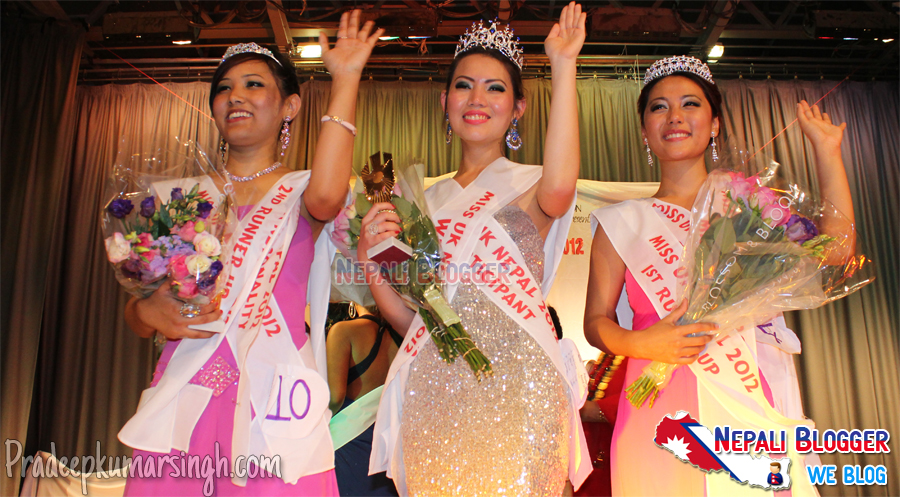 Winners – Dugra Gurung, Parika Ale and Nayan Gurung along with other two contestants Pushpa Sunuwar and Ashika Rai had made it to the top-five- list in the Miss UK Nepal pageant.

Durga Gurung’s answer impressed the judges and helped her win the title along with £800 grand cash prize. Parika Ale and Ashika Rai were awarded with cash prizes of £500 and £300 respectively.

The beauty pageant that took place in Farnborough UK, started with ten ladies introducing themselves in their own traditional dresses. This was followed by beautiful designer’s showcase round and brilliant catwalk round from the participants. Then the top five were selected among them for the final round question.

This was followed by beautiful designer’s showcase round and brilliant catwalk round from the participants. Then, the top five were selected among them for the final round question. 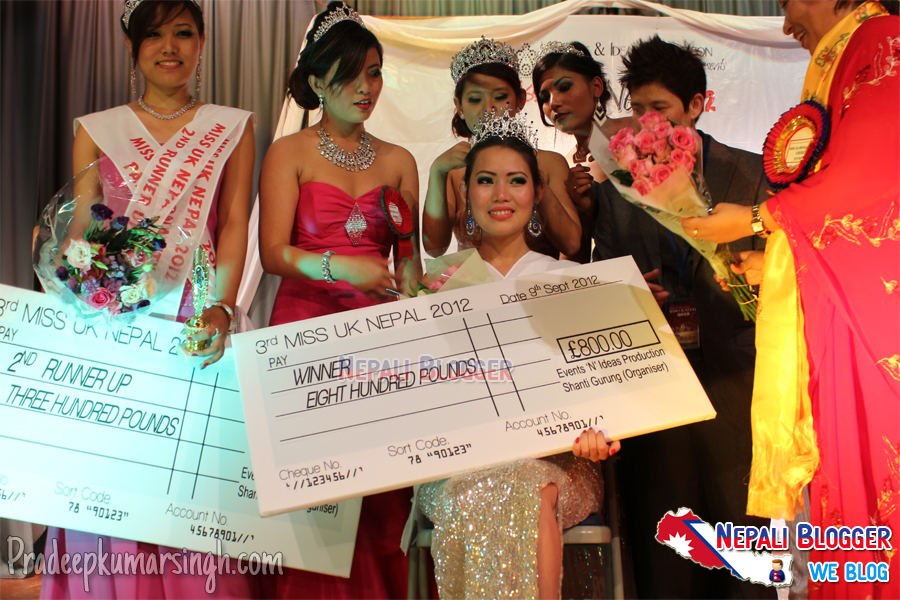 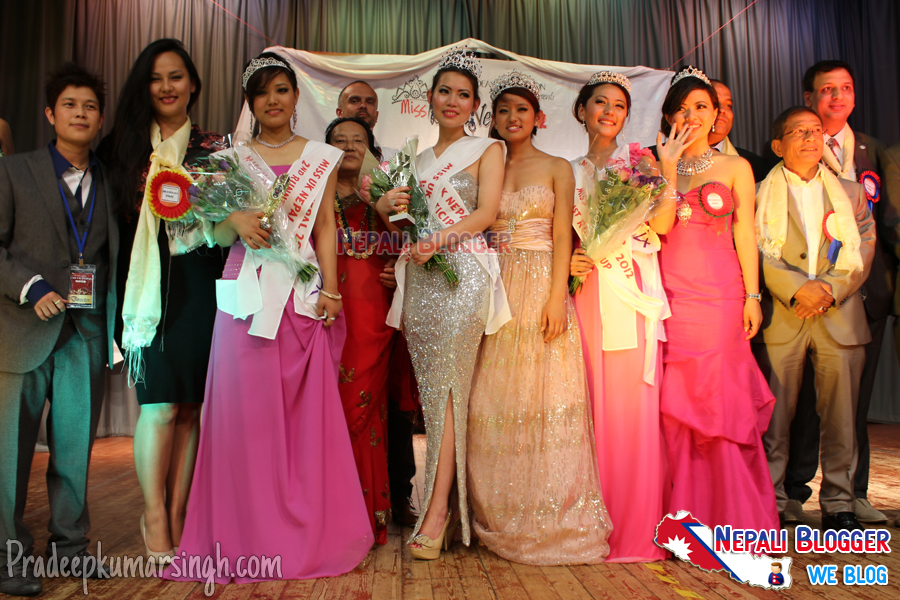 Other winners for different titles are:

The overall event organisation was very poor but then that would make a different story (keep reading our blog). Nepali Blogger was the official media partner of the event.

Congratulations to all the participants and winners! More Images and Videos to follow soon!