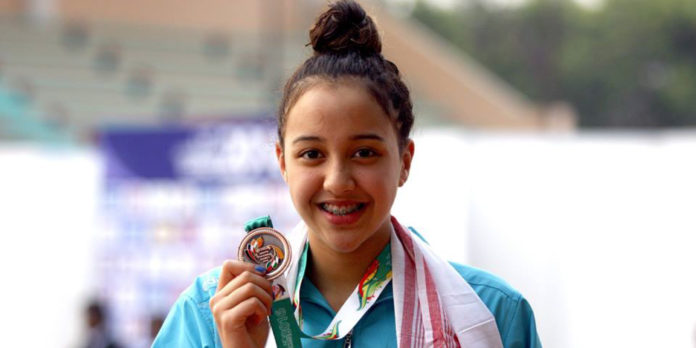 13-year-old Gaurika Singh who is representing Nepal is officially the youngest athlete at the Rio 2016 Olympics.

The official website of Rio 2016 Olympics confirmed this with a post dedicated to her on the website. She will be 13 years and 255 days on the day of her participation in the women’s 100 backstroke swimming.

Born in Nepal, Gaurika has been living in London since 2004 with her parents. She left for the UK while she was only two years old, moving first to Scotland, then Preston and Leeds before her family finally settled in London.

Gaurika’s family has been fully supportive of her efforts. She is the daughter of a doctor Paras Singh, who has accompanied her to the Rio Olympics.

Her father, who accompanies her in every international meet, recently tweeted that Gaurika is both his pride and strength. Speaking to the Olympic News Service recently, he said, “she is special. It’s unbelievable that she’s the youngest Olympian in Rio and amazing how she copes with all the pressure”. 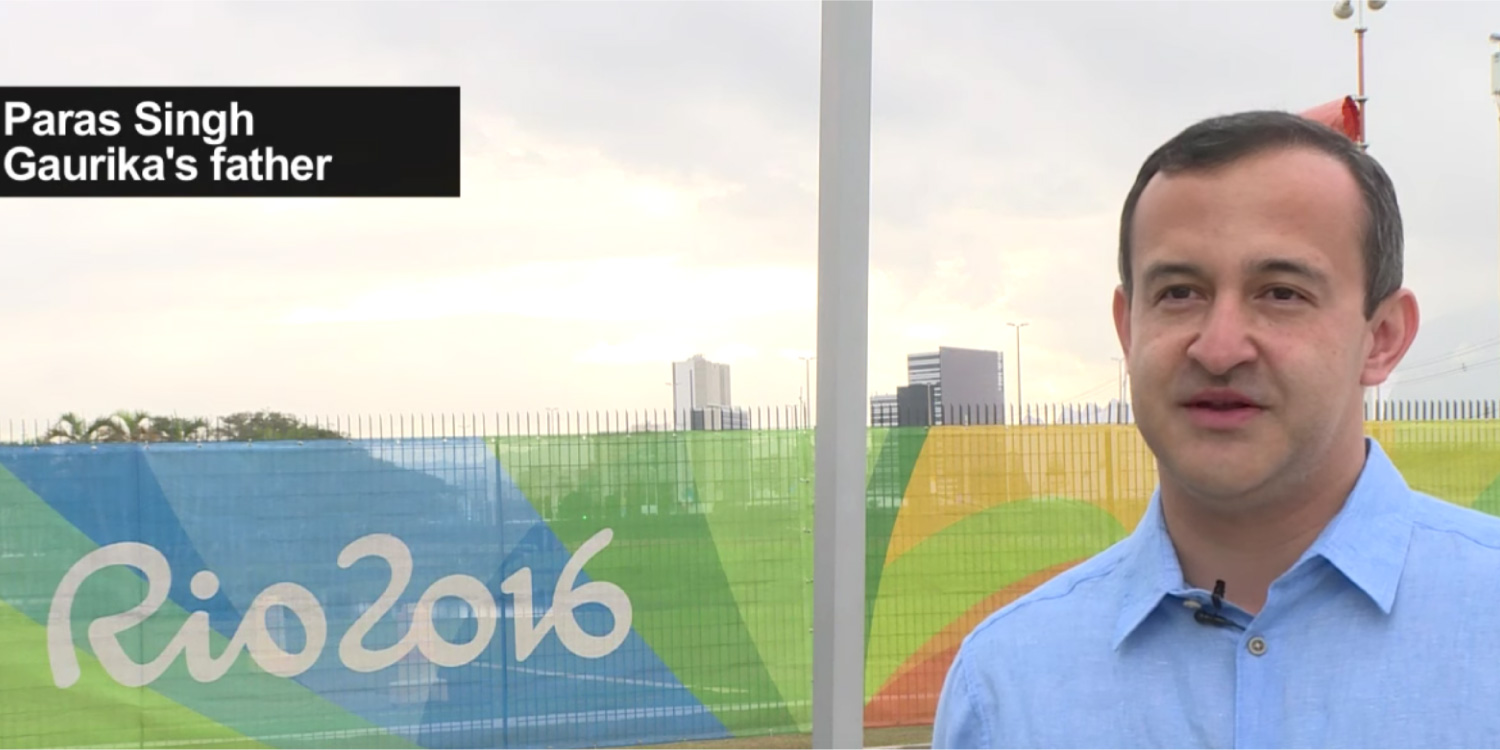 Based in London, Gaurika has been training at the reputed Barnet Copthall Swimming Club in north-west London for last four years. She is being trained by her british coaches, Rhys Gormley and Christine Green at the club.

Barnet Copthall Club has produced many international competitors. Her peer trainers at the club include other two Rio Olympians, Pakistanis Harris Bandy and Lianna Swan at the club.

A swimming duo from @BarnetCopthall are off to #Rio2016 https://t.co/mjZ5h40jdU

Gaurika started taking part in national championship ship of Nepal at the age of 11, following the advice of her coaches.

She holds almost a dozen national records under her belt in Nepal. She rose to international fame when she won four medals at the 12th South Asian (SA) games in February that took place in Guwahati, India this year. 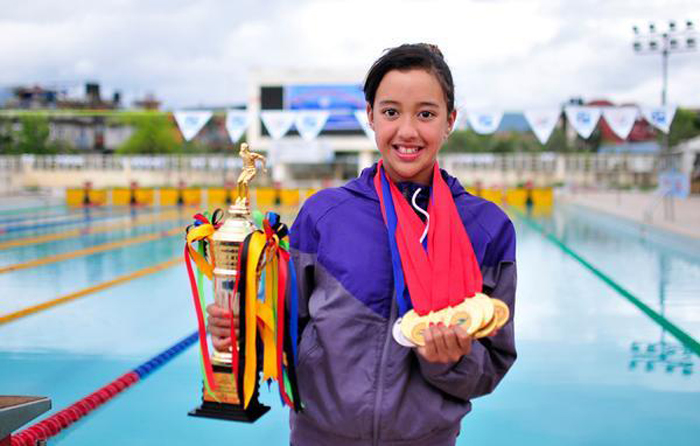 In the SA Games, she won silver in 200m individual medley and bronze medals in the 100m backstroke, 200m backstroke, and 400m freestyle creating a new national record timings for all of them.

Besides, the media also praised how she had dealt with the aftermath of the earthquake. Reportedly, she had donated all her winnings from national championships in support of a charity that was set up by her father’s friend to help rebuild schools affected by the earthquake.

Gaurika in a recent interview with AFP revealed that she started swimming as a “hobby” and that she had never thought of making it to the Olympics. “I started swimming competitively when I was nine, and I didn’t really think I would be here, so it’s amazing and unbelievable,” she added.

Despite a long history of participation in the Olympic games since 1964, Nepal has yet to win any medals at the games. 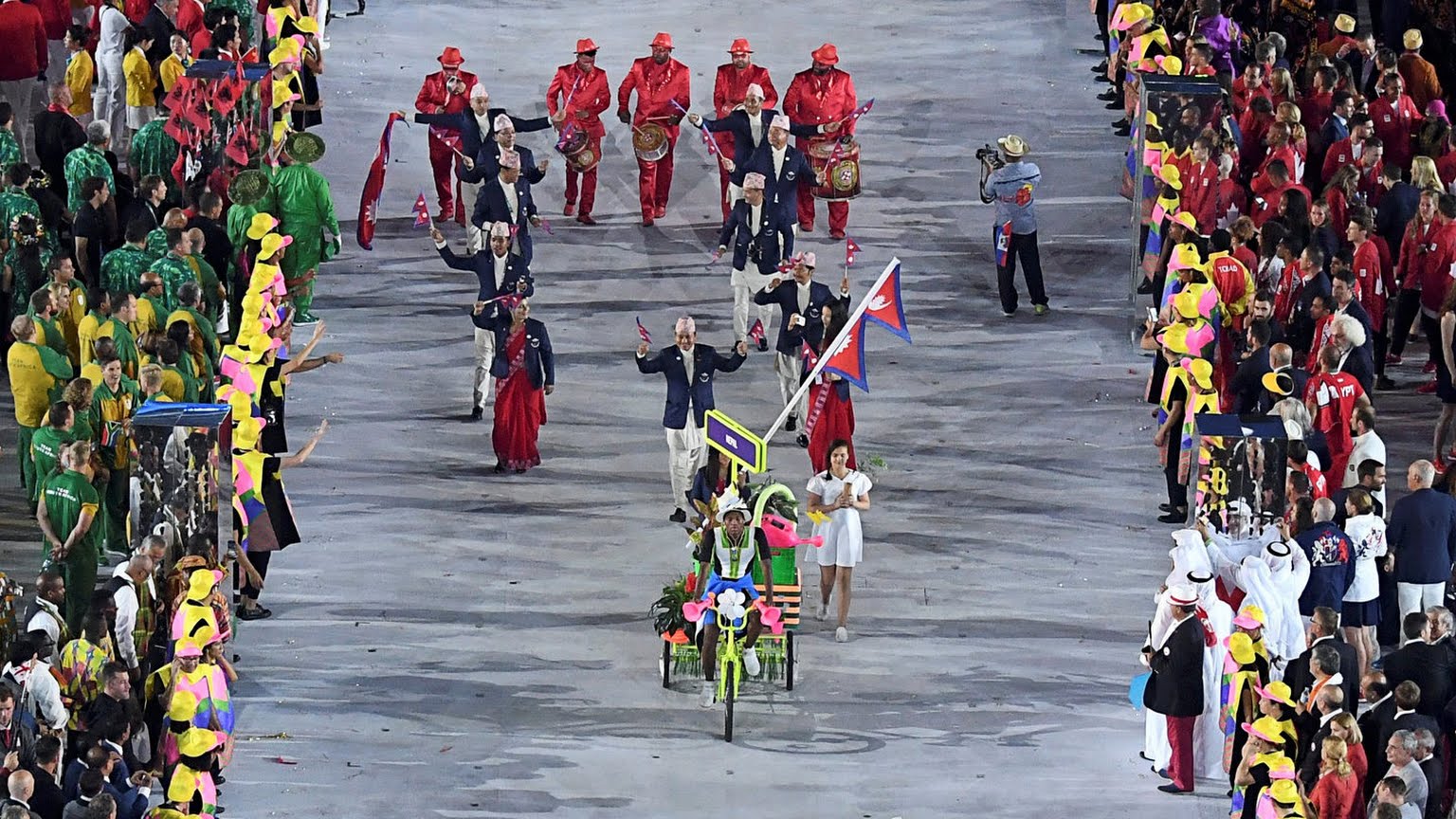 Thank you Gaurika for being the reason the world talked about Team Nepal in the international media.

Needless to say, Gaurika has a bright future, and I am sure we will soon see her achieving new heights.

I hope Gaurika will always be part of Team Nepal in future games!

Best wishes, Gaurika. You are such an inspiration!!