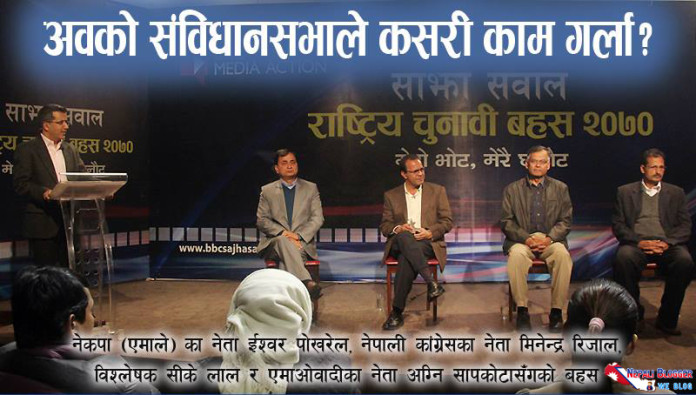 The second Constituent Assembly (CA) elections results have degraded UCPN Maoist from being the largest ruling party of Nepal (in previous CA elections) to the third largest one right now. Fearing loss, as initial results didn’t come in their favour, UCPN Maoist has already announced of boycotting the election results. Now while Nepali Congress and CPN UML have emerged as biggest parties of Nepal with maximum constituent assembly seats, will they be able to make the constitution without the involvement of UCPN Maoists?

Rabindra Mishra from BBC enquires how this constituent assembly will work in the latest episode of Sajha Sawal. In presence of three major party representatives of CA and a political analyst, Rabinda Mishra tries to find out as to what will happen next considering the current circumstances. Watch the video of Sajha Sawal episode below.

Watch the discussions above and leave your views in the comments below.