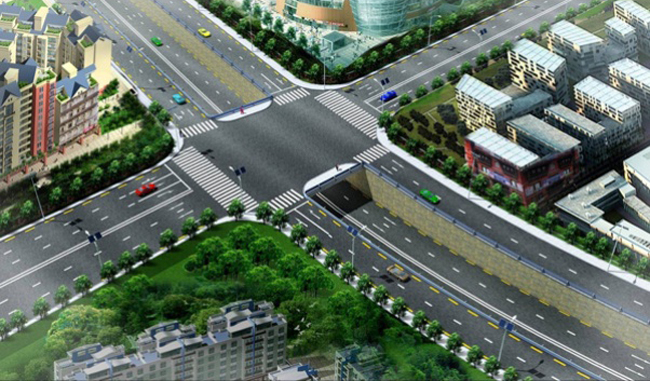 You wouldn’t believe how the face of Kathmandu is changing over next three years, or at least has been proposed to change. Nepal government’s visionary plan of overhauling the capital’s ring road structure has kicked off already and it will be interesting to see fantastic changes in road infrastructure developments of the valley. 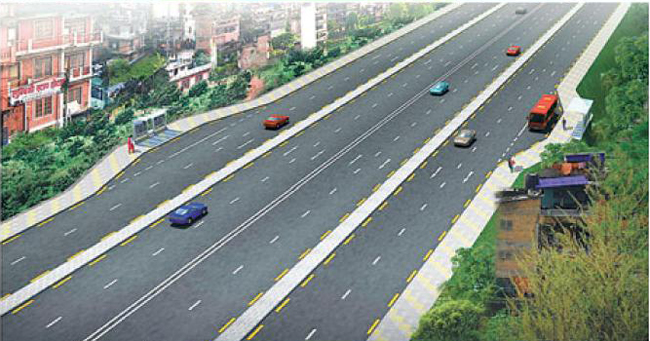 The first phase of the Kathmandu Ring Road Improvement Project that has started already will work on 9-km Koteshwor-Kalanki stretch of the 27-km Ring Road. You can see the proposed image of the expansion below. 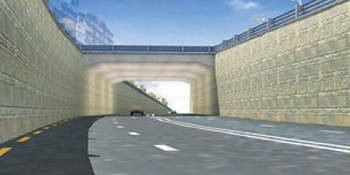 The project involving Chinese contractor Shanghai Construction Group Company and Department of Roads of Nepal Government has been initiated with financial and technical support of the Chinese Government. A model road of 550 meters will be completed by end of this year (Chaitra) around Ekantakuna-Gwarko section. The controversial overhead pedestrian bridge at Kalanki will be demolished and new pedestrian bridges will be constructed at Satdobato, Ekantakuna and Gwarko. An underground tunnel will also be constructed to connect Kalanki and Swayambhu according to the improvement project.

The total project is estimated to cost more than 5 billion Nepali Rupees and will take around three years, according to the Department of Roads. The funds are based on China’s annual grant assistance to Nepal. China has been providing an annual grant assistance of 200 million yuan (Rs 2.6b) to Nepal, raising the amount by one-third of the existing assistance under the technical and economic cooperation after the visit of Chinese Prime Minister Wen Jiabao last year.

Kathmandu’s Ringroad was built in 1970s with assistance from Chinese Government itself and it’s indeed good to see the government (chinese) undertaking this visionary improvement project to transform Kathmandu!

Do you think all this proposed plan is possible in next three years? How optimistic are you??