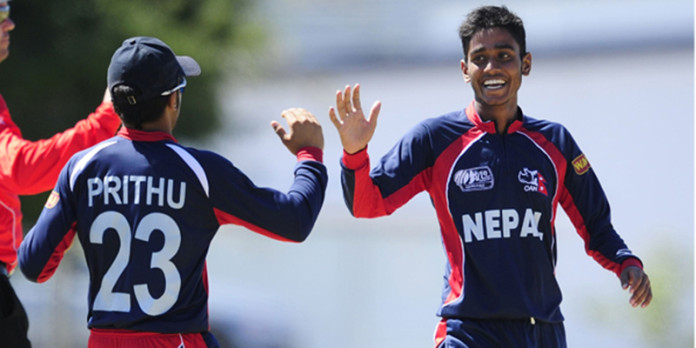 A 15-member Squad has been announced by the Cricket Association of Nepal (CAN) for the ICC WC Qualifiers tournament, that is going to take place in New Zealand from 13th January to 1st February, 2014.

The inclusion of a young pace bowler Sompal Kami came after his impressing performance in the U-19 National Tournament as well as in the matches of Journey to World Cup where Nepal came second after losing to Air India team in the final.

Also, Prithu Baskota got back to the team after recovering from a knee injury that kept him sidelined in the T20 World Cup Qualifying matches.

Team Nepal has been included alongside UAE, Scotland, Hong Kong and Canada in the Group A for e 50-over (One-Dayers) World Cup.

All the best Team Nepal!