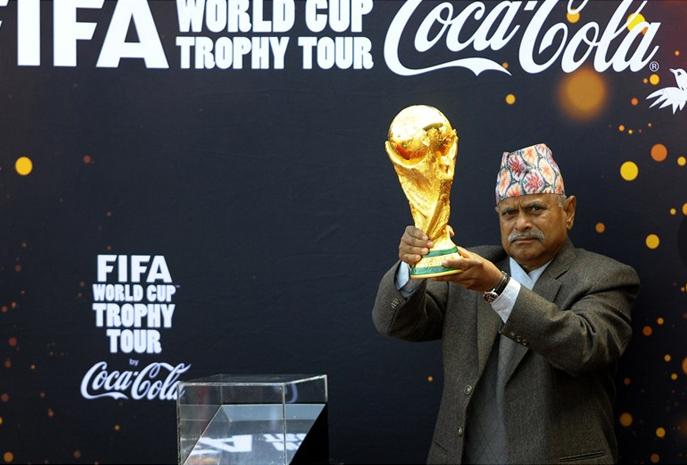 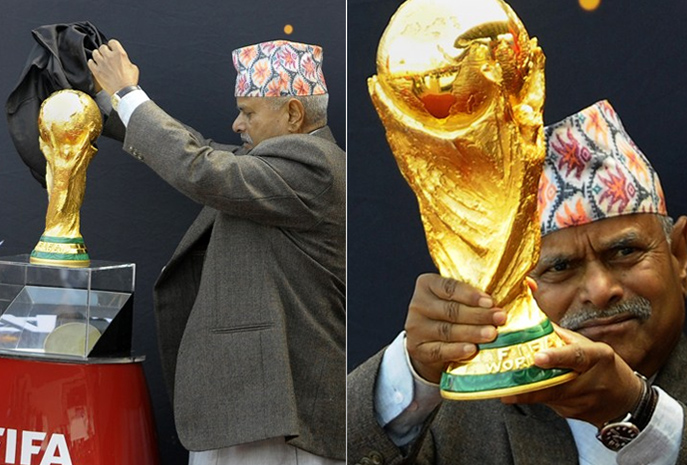 Speaking at the event at Dashrath stadium, Ram Baran Yadav said that this was that most precious moment after recent CA elections in the country. Yadav was the only person in Nepal who was allowed to physically touch the trophy. This is because only former World Cup-winning captains and heads of state are allowed to touch the trophy according to the FIFA rules.

The event followed by a photo session for VIPs, footballers, ANFA and National Sports Council officials. Team Nepal was also seen posing with the trophy. 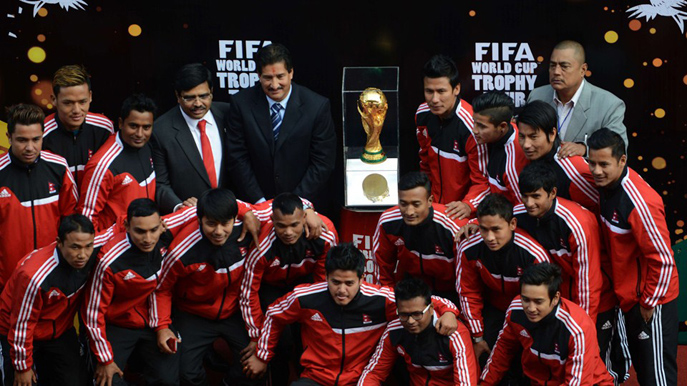 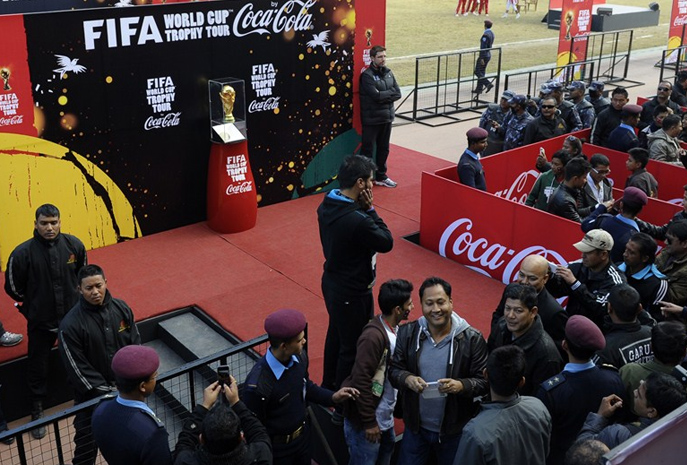 The trophy was brought to Nepal from Bhutan today on a private FIFA’s jet plane. The plane landed at the Tribhuvan International Airport at 11:50 am and the Trophy was taken straight to the Dashrath stadium amidst a tight security in the valley. The trophy remained at stadium until 6:00 PM and is taken to at Hotel Soaltee Crowne Plaza for a night before it is taken to India tomorrow.

Coca-Cola Company in partnership with FIFA and All Nepal Football Association (ANFA) brought the most coveted trophy of football to Nepal. The global trophy tour by Coca-Cola kicked off with an official launch ceremony in Rio de Janeiro, Brazil on 12 September 2013 and will be taken around 90 countries before reaching the same Brazil for the 2014 World Cup.

Did you get chance to observer the Trophy? We would love to hear your views.