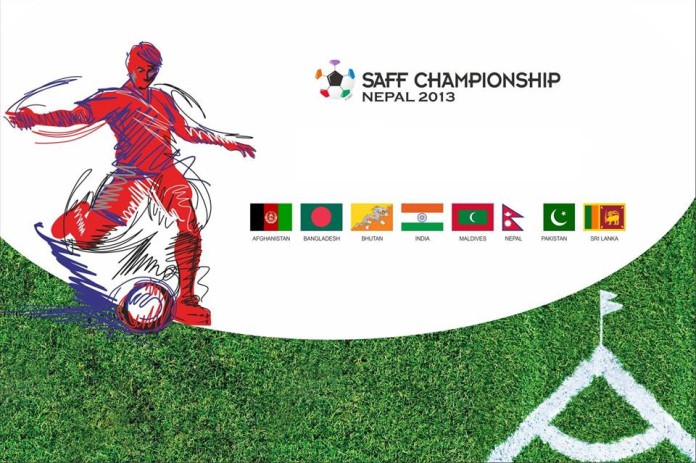 South Asian Football Federation (SAFF) Championship 2013 that Nepal is hosting will begin in Kathmandu today. All eight SAFF members – Afghanistan, Bangladesh, Bhutan, India, Maldives, Nepal, Pakistan and Sri Lanka will take part in the 10th Edition of this event that will take place in Dasharath Stadium of Kathmandu starting from today until 11th Sep 2013.

Host country Nepal is scheduled to take on Bangladesh in the inaugural match. The live match of Nepal vs. Bangladesh can be watched here. In other matches, Nepal will play Pakistan on 3rd September and India on5th September. Nepal have been drawn alongside defending champion India, Bangladesh and Pakistan in the Group A while Afghanistan, the Maldives, Sri Lanka and Bhutan are drawn in Group B. Here’s the schedule of the matches that will played as part of the SAFF Championship. 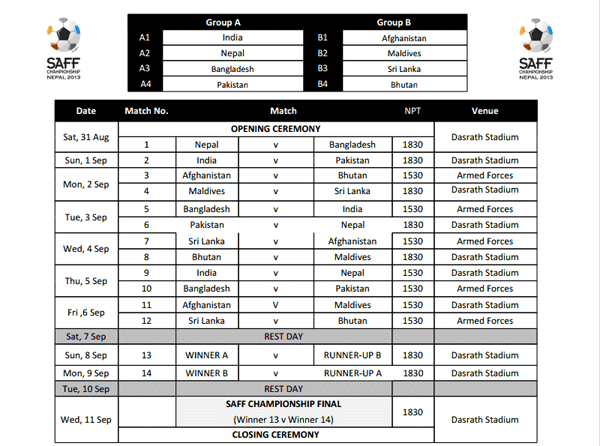 Here’s the official promo video of the event.

Who do you think will make it as champions of the tournament? Leave your comments below.