I must admit this; I didn’t care much about royal wedding until this morning that I had to persuade myself to be part of this glorious and most popular event. The royal wedding of Prince William and Kate Middleton was watched by hundreds of millions of people around the globe today and I too managed to be proudly part of it by attending it live in the city of London along with other million ones.

I wondered why London was so crazy about this and the intensely growing hype was getting on my nerves. My plan was to simply watch it on the tele or on several online live channels along with live and insightful comments. But the crowd I wake up with ushered me to participate in it and soon I was one of those cheering for the wedding events amidst the live crowd near Buckingham Palace. The crowd was such crazy that I hardly managed it to the live big screens nearby where thousands and thousands of well wishers had joined in for the big event. (To get to the real balcony view, you should have camped there from last night!)

Nearly a million people gathered on the streets of London today to celebrate and mark this event. The crowd was crazy, overall London was crazy. But it wasn’t just the London and the UK, the whole world including US was keenly watching this. Indeed it proved to be a huge event, breaking all time records of news event watched online.

And true but hard to admit, I even admired being a royalist; desired of monarchy back in the country (just for a day). But unlike our country, monarchy here is part of the culture; it binds people, community and their spirit. Oh how I wished monarchy in our country too was similar to this British one! (People shouldn’t have gone through that big Jana-Andolan to abolish monarchy)

Along with the royal marriage, Kate’s secret-unveiled wedding dress, British hats and most importantly the scheduled royal kiss as husband and wife made it to people heated discussions. With the marriage, Prince William and Kate Middleton are now Duke and Duchess of Cambridge. Here are some important images from the whole event. 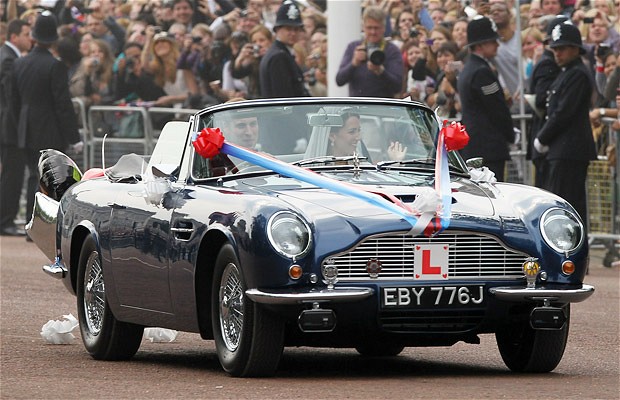 The wedding broke the record for the number of people watching a live news event online. Almost 2billion people in more than 180 countries watched this wedding event which was covered by 8,500 journalists in London alone. Twitter users were posting more than 300 tweets every second about the royal wedding and 74 status updates per second mentioned the royal wedding on Facebook. Did you note that all top ten trending topics on twitter today were related to the royal wedding?

And notably, mobile networks also hard time functioning along the wedding route. My network carrier Vodafone couldn’t process my live tweeting saving all the tweets and live images as drafts.

In overall, the experience was awesome, once in a life time experience. True that we only live once!