Rajesh Hamal has finally married Madhu Bhattarai in presence of his close relatives at Dubarmarg-based Hotel Annapurna in Kathmandu today (Saturday). Although the media wasn’t initially allowed to capture the wedding, the couple allowed media to take some after wedding images at the ceremony.

The wedding has put an end to endless queries for Rajesh Hamal marriage from media considering him as the most eligible bachelor of the country. Hamal last week had introduced his girlfriend Madhu Bhattarai to the media organizing a press meet and had announced his official date of wedding.

Here’s some images of the much talked about wedding of Rajesh Hamal and his long time girlfriend Madhu Bhattarai. 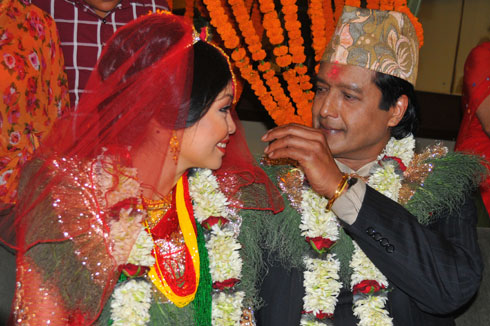 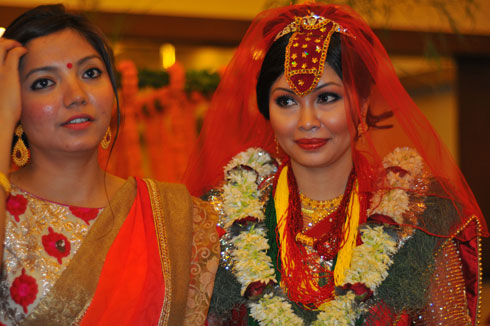 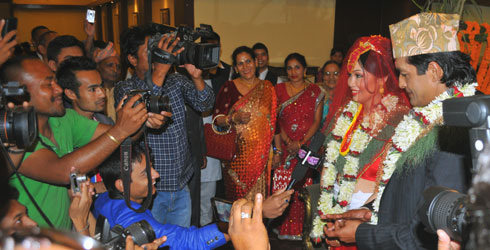 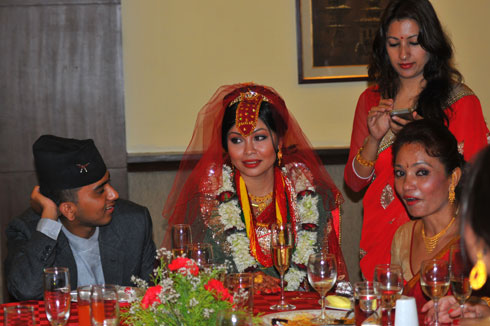 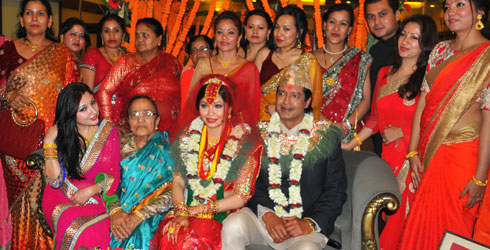 Also watch the video of their wedding below from onlinekhabar.

Leave your comments below if any for the wedding.