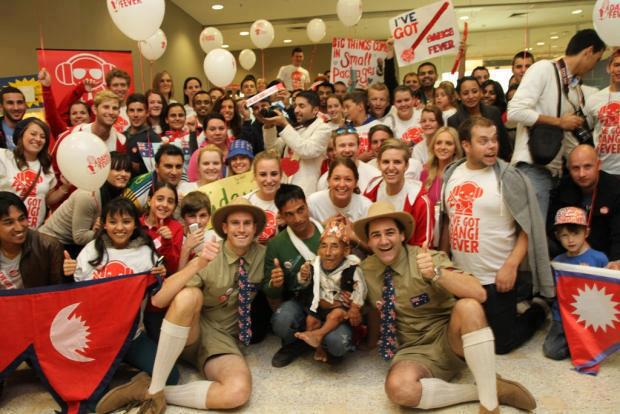 Three months after what Chandra Bahadur Dangi was officially declared as World’s shortest Man, he gets to fulfil his one of his main interests of travelling around the world. And that too in a celebrity style of what Australians called it “The Dangi Fever”.

Chandra Bahadur Dangi travelled to Australia with his cousin, Dolak Dangi, in an invitation from Radio Station Nova FM in Australia.

Dangi told reporters in Sydney that he was excited by the opportunities the world records had offered:

“I am happy my name has been written in the book and also because of that I have got to travel. I was in Italy two or three weeks ago, now I am in Sydney, and I might go to Cuba next. I get to travel and that is very interesting for me,” he said.

He was featured on several popular media including Daily Mail that featured his Images of Australia visit calling – A big reception for world’s smallest man.