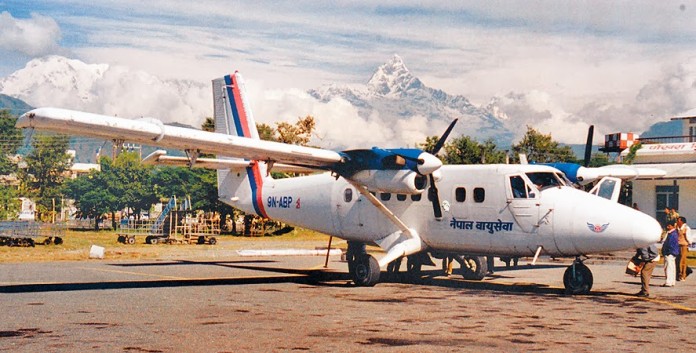 And yet again, we have another plane crash! A Nepal Airlines Twin Otter plane with 18 passengers on board has crashed at Khidim of Arghakanchi district this afternoon. The search operations, on ground, have continued on the suspected site for hours now. Teams of Nepal Police, Nepal Army and Armed Police Force from Gulmi and Arghakhanchi are continuing with the search operations in the area.

The Jumla-bound twin otter lost its contact with control tower in Bhairahawa at around 1:13 pm. The plane had taken off from Pokhara airport at 12:43 pm.

The 18 passengers on board included a child, a foreign national and three-member crew.

Due to poor visibility, the helicopters haven’t been able to land in the suspected crash site.