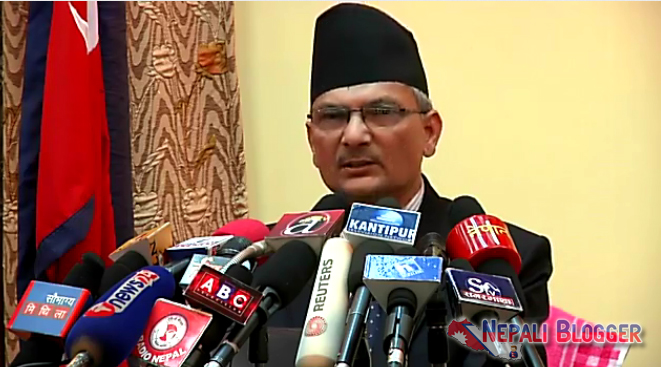 Prime Minister Baburam Bhattarai addressed the Nation on Thursday evening to inform everyone about the process made by his government in terms of ongoing peace process in the country. In the address which was televised through several channels in Nepal, Baburam Bhattarai highlighted the recent breakthrough in the peace process – “Nepal Army formally taking charge of the Maoist People’s Liberation Army and their cantonments”.

Watch the live recorded video of Baburam Bhattarai’s address to the Nation;

Bhattarai’s address to the Nation comes after two days of what is called “Integration of Maoists Army into Nepal Army” a significant milestone in peace process. Indeed, Baburam Bhattarai’s government was successful in ending the deadlock in vital political process of the country.

Bhattarai also assured everyone that the country would get a full-fledged statute from the Constituent Assembly on time. Focusing on the political achievement, he appealed other parties to form a national unity government and make it possible to complete the peace process and constitution drafting.

What do you say about this progress? Let us know in comments below.