I wonder if the world starts thinking that Nepalis have shorter heights with this story of yet another Nepali claiming to be the shortest living man on the earth! Historically it may seem true as proved by Khagendra Thapa Magar to be the world’s shortest men in 2010 but generally that isn’t the case as Nepalis have an estimated average height of 167 cm (5′ 5.7″). Anyway, good news is that if what Chandra Bahadur Dangi from Nepal claims (to be just 56cm (22 inches) tall) is true, he will be the shortest man in the world.

Chandra Bahadur Dangi, 72 was recently covered in TV stations of Nepal and the news spread all over the world with AFP coverage. According to AFP, GUINNESS World Records experts will travel to Nepal to measure Dangi’s height for official verification in few weeks. “We intend to travel to Mr Dangi’s village to officially measure him and are currently making provisions for medical professionals to assist us in the verification,” Guinness World Records editor-in-chief Craig Glenday said.

The video above was uploaded by Guinness World Records notably – “Guinness World Records officials are to travel to Nepal to measure a 72-year-old claiming to be the world’s shortest man. Chandra Bahadur Dangi is said to be 56 centimetres (22 inches) tall and weighs 12 kilos (26 pounds).” 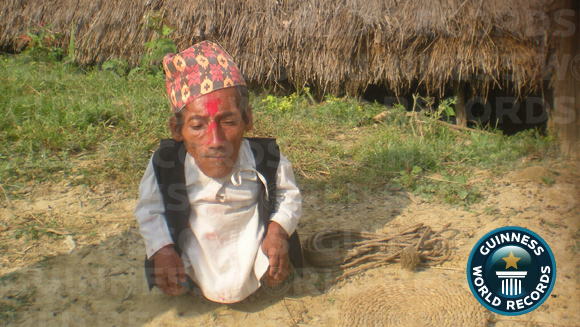 At present, world’s shortest man record is held by Filipino Junrey Balawing, who measures 59.93cm. Another Nepali Khagendra Thapa Magar who measured 67 cm held the record before him in 2010. 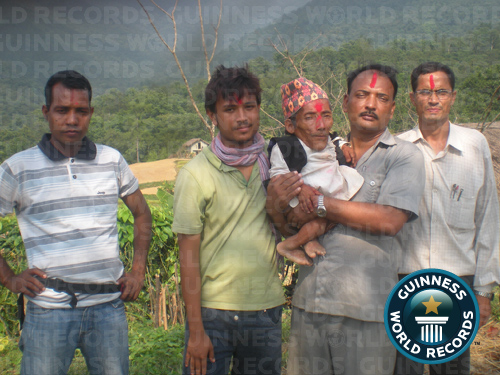 Dangi’s records upon verification will not only make him the shortest man at present but also the shortest adult human in the history (as recorded). The record till now is held by Gul Mohammed, (New Delhi, India, 1957-1997) who measured 57 cm (22.5 in).

All the best to Chandra Bahadur Dangi!