Can’t believe when a magazine like Time does such mistake? The popular magazine in one of its picture of the Week, mentions Kathmandu, India in the caption. What a shame?

Facebook posts and all tweets from Nepali bloggers today suggested @TIME to change that as soon as possible. Many people went up to email time editorial ([email protected]) and even called them to change that. 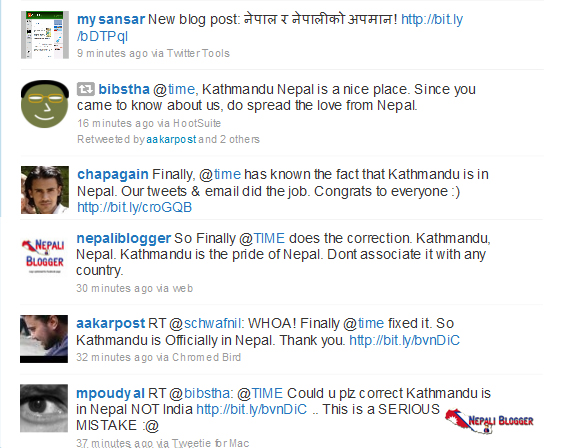 Time has now corrected it back to Kathmandu, Nepal. But is it fair anyway? What about thousands of people who saw the picture and had wrong information or simply impression?

Disclaimer: I found this frustrating stuff early morning but didn’t want to go for a post because I didn’t want to publicize that more. Well, now when it has come into the attention of time and it has already corrected that, we want Time to do something to make it clearer. Any type of compensation will do!