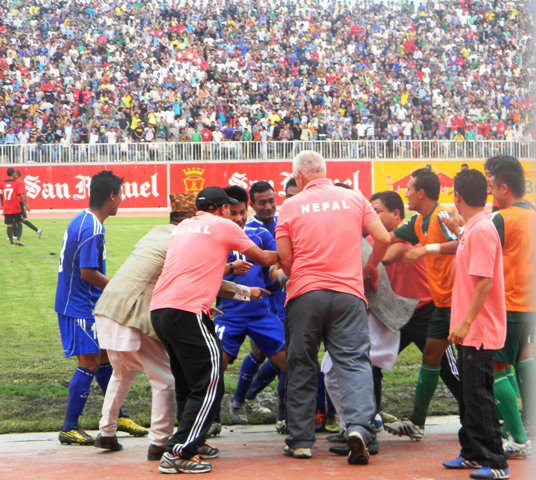 Well done Nepali football team! You made everyone proud with brilliant score of 5-0 against Timor Leste today. Nepal now enters to second round of Asian game in the selection of world cup 2014 in Brazil.

Nepal played against East Timor in the second leg of world cup qualifiers today at the Dashrath Stadium. With scores from Anil Gurung, Bhola Silwal, Jumanu Rai, Jagjeet Shrestha and Sujal Shrestha, the team made it to a successful win. Nepal on Wednesday had defeated East Timor 2-1 with a goal each from Anil Gurung and Jumanu Rai. With today’s win and so with a aggregate win of 7-1, Nepal are through to second round of World Cup 2014 Qualifiers!