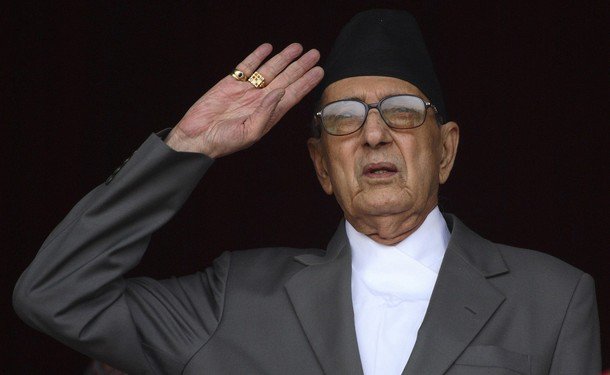 Former Nepalese Prime Minister and President of the Nepali Congress Girija Prasad Koirala (known as G. P. Koirala Nepali) has died at 12:10 PM on Saturday (20 March 2010) at the age of 86.

Another Nepali Congress leader, Sher Bahadur Deuba, confirmed the death after the central committee meeting of the party at 1:45 at Sujata’s residence in Mandikatar.

Mr Koirala’s body will lie in state at the national stadium on Sunday, with his funeral later in the day at the Pashupatinath Hindu temple in Kathmandu, his aide Gokarna Poudel said, according to AFP news agency.

Koirala, 87, presided over the country’s politics for almost two decades since the 1990’s democratic change and led the people’s movement of 2062-63 B.S.

We are deeply shocked by this event and want to present some of his beautiful life moments in an image gallery below as a grief condolence to him.

If you have any views related to the news, let us know in the comments below.