Nepali Youth, Sudip Gautam, now known as Dario Lopez, who migrated to London in November 2002 has been confirmed as Britain’s biggest Individual seller on Ebay reports BBC News and Mirror here in London. Sudip Gautam made more than 600,000 sales in last five years on Ebay and has now set up a mobile phones accessory company which employees 13 people and has an annual turnover of more than £3m. Value of his business is estimated to be of Million pounds.

Dario Lopez, 21, who started selling Mobile Sim cards from his bedroom on Ebay has grown his business up to selling more than 2,000 items a day on the popular auction website. He has now opened his first high street shop “the London Magic Store” and eventually aims to have a chain of stores across Britain. An eBay spokeswoman recently confirmed him as the site’s biggest individual seller. “We were really excited when eBay told us we had become the top seller in the UK. For a couple of years we had been second or third, so to actually be number one is great.” told Lopez speaking to Mirror. 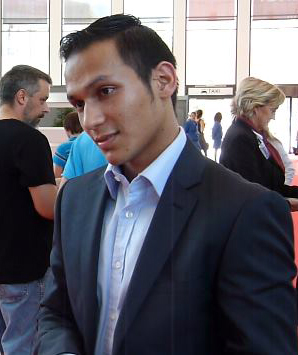 Dario Lopez, is a London-based Nepali migrant. Originally from district of Gulmi in Nepal, he came to England in November 2002 with his mother to join his father. He was twelve then. With a help of £10 from his mother which he used to register a domain, he started his business a year later at 13 by selling phone simcards at cheaper rates. He then started selling other phone accessories accessories, including phone covers, cases and in-car holders. When selling from home became too difficult, he got a market stall and then opened an internet cafe five years ago. Lopez also sold phone accessories from premises on a business park in Woolwich, South London.

It’s a fact that such a venture couldn’t have been possible from Nepal. “Over there you need a lot of money to set up a business. The postal system is not reliable and not many Nepalis use computers. Furthermore it’s difficult to import from the Far East. Nothing is as straightforward as it is in the UK.” said Lopez speaking to BBC, when asked if he could have launched such a venture in Nepal. He also expressed his long term plans to launch a similar venture in Nepal in addition to launching a new social networking website “different from Facebook or Twitter”.

Our congratulations to Mr Gautam for being the biggest individual seller on Ebay!

News and Image Via BBC