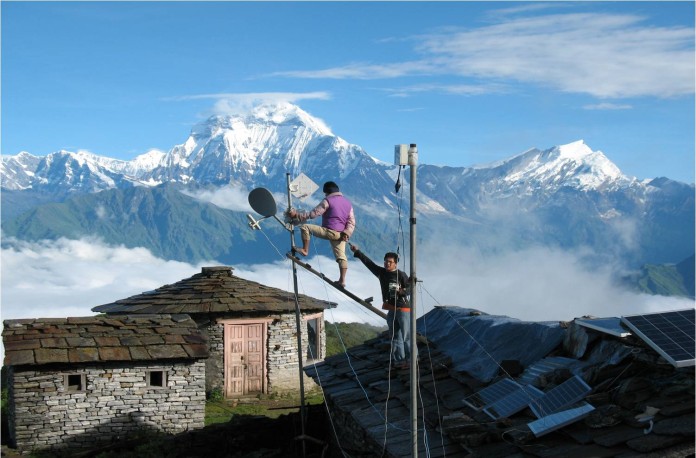 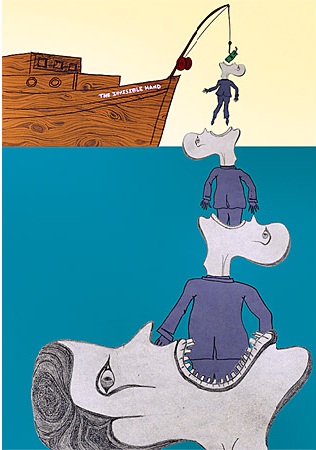 The Op-Ed titled “No Invisible Hands Here,” by Kalpana Khanal and Prakash Kumar Shrestha published on The Kathmandu Post a couple of weeks ago, is a thought provoking piece that everyone interested in economics and/or concerned about development of Nepal should read. The criticisms of the “Washington Consensus” presented by the authors are valid. However, the argument for the central role of the government in Nepal’s development is misplaced.

Yes, the government does have a role, an important one at that, to play for the development of a nation, especially when it comes to maintaining equity and addressing market failures. However, the economic problems of Nepal that the authors cite are mostly due to the ineffective government that Nepal has seen over the years, especially since the 1991 revolution. Giving more power and control to such dysfunctional government is a recipe for disaster! In a nation with well defined property rights and a well-functioning legal system, it is important and helpful for the government to play a role in the economy. But, in a country with almost negligible sense of the rule of law, rampant corruption, and a political system that is at best a “musical chair,” giving the government officials more control will only amplify the problem.

The real culprit in Nepal is not the “invisible hand” but the many “visible hands” insisting on kickbacks!

Most economists would agree that the neo-liberal policies addressed by the authors have added to the misfortunes of the country. But, one would point out a much larger failure—a failure of the political system and its leaders or at least a few of the political elites. At a time when the country could have taken off along with the two neighbouring economic powers of the 21st century; personal greed and ambitions, nepotism, and the failure of political parties to work together, drove the country into the ground. This is not to suggest that the government before 1991 was any less corrupt, but at least it was not as dysfunctional as it is now.

Mancur Olson’s idea of “roving bandits” and a “stationary bandit” could explain the corruption and its impact on the Nepali economy. Olson points out that a stationary bandit depends on the people from whom he steals. Therefore he has to care a little about their upward economic mobility as his future rent depends on it. In contrast, a roving bandit is at a place for a short period of time and will steal as much as possible before moving on. In other words, during the Panchayat system in Nepal, as corrupt as the leaders might have been, they were not worried about the loss of their power, which reduced the incentive to collect ghus (bribes) in a frantic manner. But, in our current multi-party system with very weak law enforcement and an anemic legal system, where the government changes in the blink of an eye, it is not irrational for an official at a high post to want to maximize his/her informal earnings given that the risk of their government falling is inevitable and the consequence of being “caught” is, well, nothing!

So, even though I agree with the authors on principle, I feel uncomfortable accepting their causality, especially given Nepal’s chaotic political affairs. Nepal and its economic development, although similar to many developing countries, are also very unique due to the rapid change in political systems and the decade long civil war.

I look forward to the day when we can have a real dialogue regarding public and private involvement in the Nepali economy. But, until we get our political affairs ironed out, arguing for greater involvement of the government only adds fuel to the fire that is burning down the house.