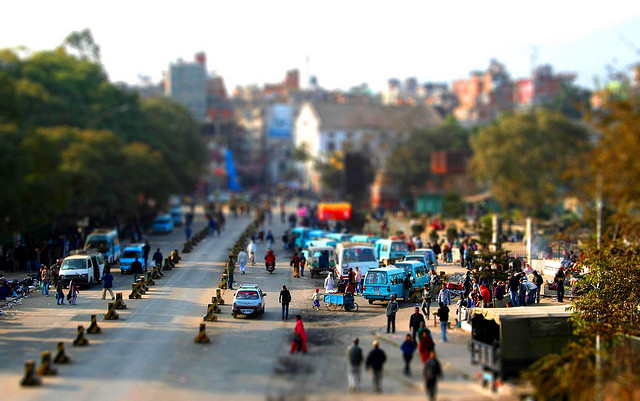 If They Can—We Can! Kathmandu can learn from “Adopt a Highway” program in the U.S. The program allows various organizations and businesses to “adopt” a section of the highway by paying a fee, usually lower than comparable outdoor advertising. The website of the program says:

“Adopt A Highway Maintenance Corporation (AHMC) provides your company or organization the opportunity to brand your company name and logo while supporting the community your customers live and work in. The best part of the Adopt A Highway/Sponsor a Highway program is, AHMC does all the work, while your company gets all the positive recognition.” via Adopt a Highway

For Kathmandu (and Nepal), here is how the program, call it “Galli Aapnaun,” can be implemented.

First, the city should allow schools and colleges to adopt the streets and roads near their establishment. Various student clubs/classes will volunteer regularly to pick up light trash and dump it in the dumpster placed nearby (or in some cases leave the trash bags in designated areas along the roads where the city’s trash service can pick up later). Moreover, the schools and their clubs could plant trees/flowers and regularly tend to them. This will generate a sense of service for the students and provides an opportunity for the schools to educate them about hygiene, clean environment, and service to the community. Starting at an earlier age will, slowly but surely, help change the mindset of the next generation and gives them an opportunity to participate in creating a clean and beautiful city for their future.

Second, for busy roads and other areas, the city should allow companies and businesses to “apnau a galli” of their choice. The businesses do not have to pick up the trash but rather pay a fee to the city. The city can use the funds to improve/add dumpsters and other beautifying amenities such as trees, smaller trash cans, flower beds, etc. In return the adopting business’ logo will be placed along the road that they have adopted; similar to what is done in the United States. This will increase exposure and the goodwill for the business and will cost them much less than placing a similar advertisement. Also, it will allow businesses to give back to the community of which they are a part of and where their customers live.

Finally, various forms of public service announcements that educate the public about the program will be needed. These announcements should be designed not only to inform the public about the program but also to give them a glimpse of schools, organizations, and businesses that have committed to the beautification of their community. Obviously, what I have suggested here is a starting point for dialogue, but it can be polished and implemented if our business, NGO, INGO, and government officials have a drive in them to make the city a better place to live, for us and generations to come.

What do you think about this idea? Let us know in the commets below.