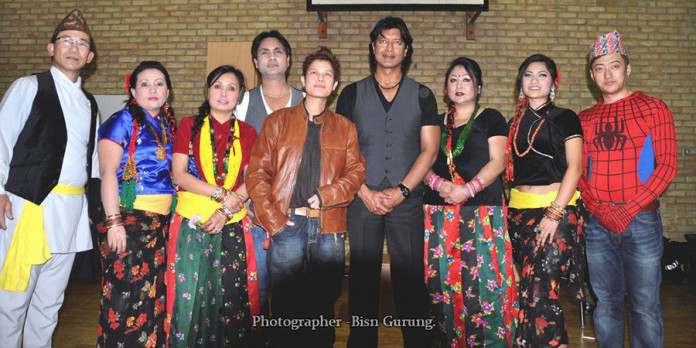 Super Star Rajesh Hamal has celebrated this New Year 2070 by participating at a program in Ashford, UK. Hamal, who arrived in the UK a day before New Year Eve participated in the Nepali New Year Program organized by Sagarmatha Gurkha Nepalese Community in Ashord. 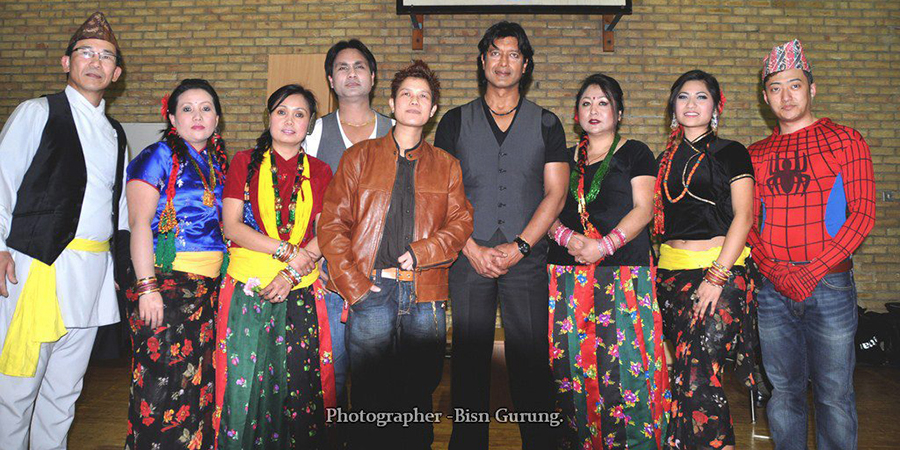 Rajesh Hamal remarked on the program being memorable and something different from New Year programs of Nepal. He also shared his New Year plans of making a Nepali movie, getting married (to his girlfriend Madhu Bhattarai) and being a capable person.

Here are few images of Rajesh Hamal participating at the event. 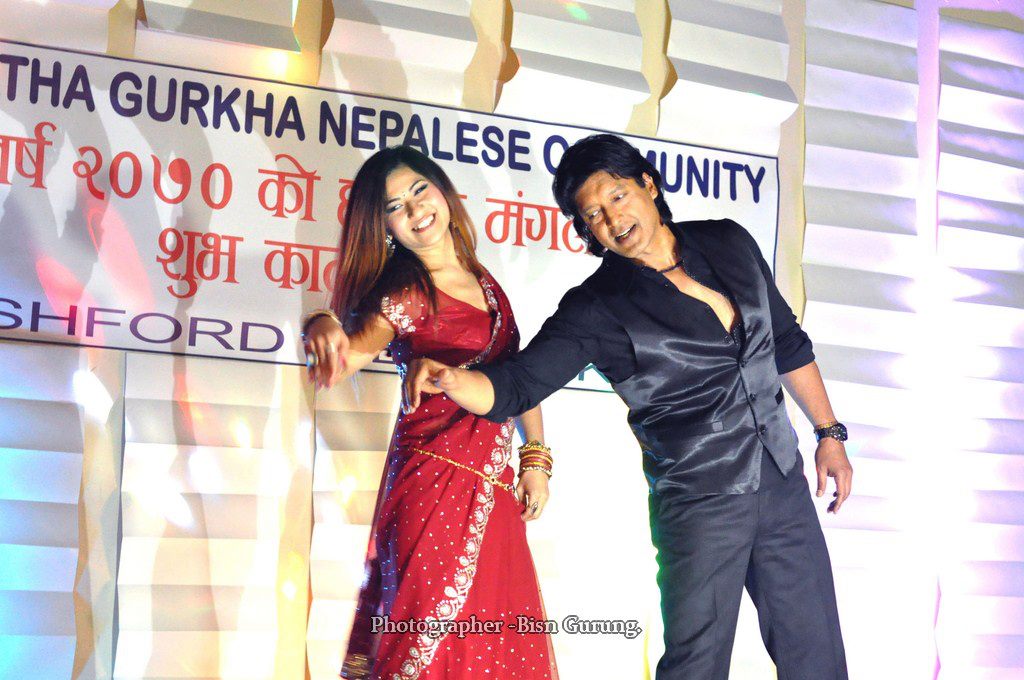 This isn’t first time that Rajesh Hamal visited Nepali communities in UK for New Year events. He was seen along with team of other artists including Deepak Raj Giri and Deepa Shree Niraula participating in series of New Year programs in the UK last year. This year however, it was the only program Rajesh Hamal had scheduled to participate. He has plans of visiting Scotland for few days before he returns back to Nepal.