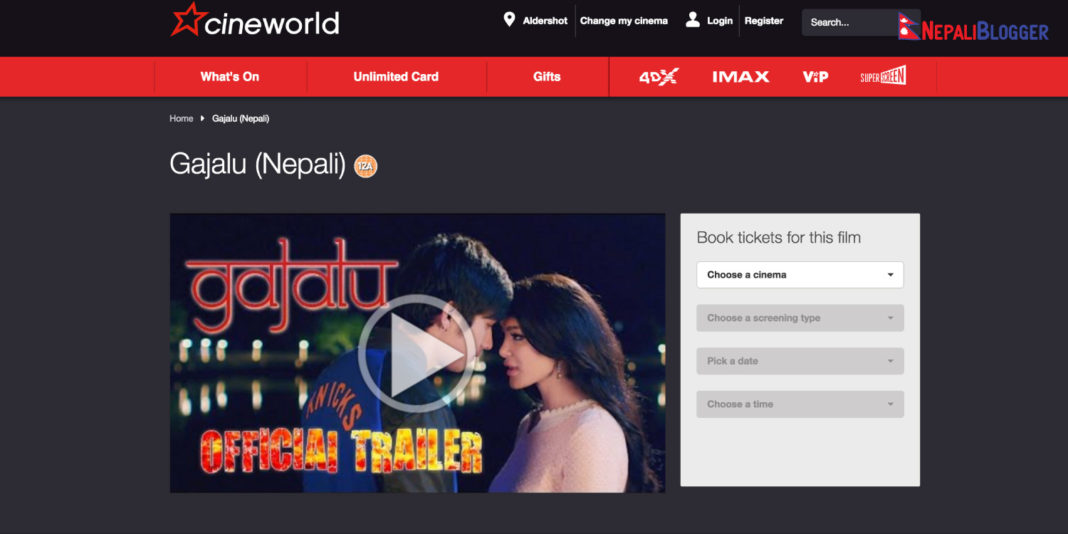 Cineworld, a leading cinema chain in the UK is all set to start screening Nepali movies in the UK.

A group under International Nepalese Film Academy (INFA) in association with Intake 85 Club managed to reach agreements with Cineworld cinemas for the Nepali movie screenings.

Recently released movie Gajalu will be the first Nepali movie to be screened at the Cineworld cinemas here in the UK. 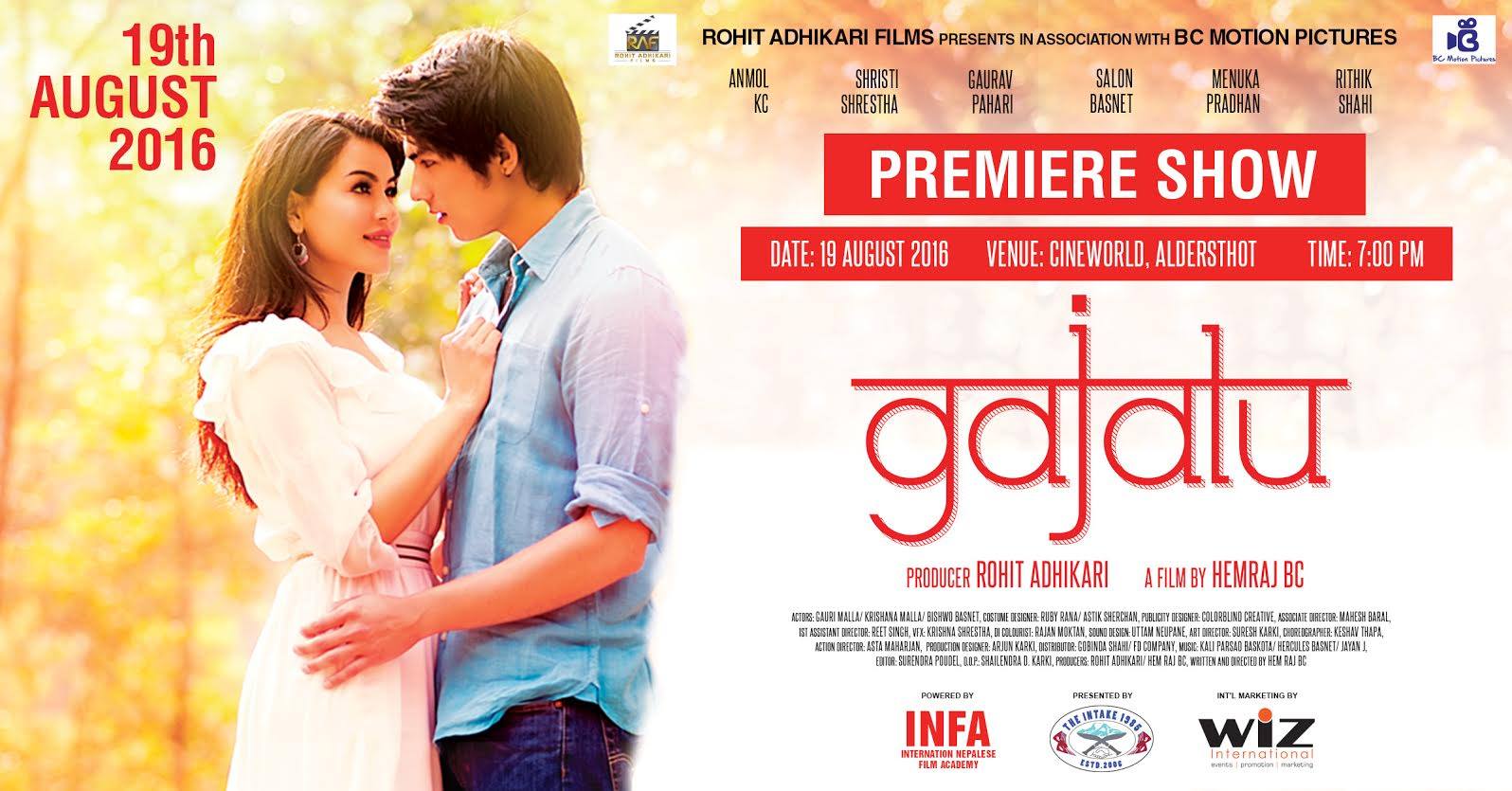 Cineworld had listed half of the available tickets for public sale for the premiere show but was fully booked within few days.

“We had made almost 50% of our tickets available for the premiere screening and reserved the rest for our invited special guests”, said Srijana Paudel, one of the team members of the INFA group, speaking to Nepali Blogger.

For movie Gajalu, this will, however, be the second UK premiere of the movie. The movie team had organised a grand red carpet premiere a few months back at the Empire Hall in Aldershot.

General screenings of the Gajalu movie will take place on 26, 27, and 28 August across several Cineworld cinemas throughout the country.

It’s a great deal for the entire Nepali movies industry for the movies to be screened at the UK’s leading cinema.

The Cineworld agreement definitely aids to the mission of the INFA group to promote Nepali movies on a global level.

CineWorld is a leading cinema chain in Europe and with over 800 screens just within the UK. The cinema has a good presence in Asian communities and screens most of the Bollywood movies exclusively in the UK.

Besides Aldershot, Cineworld Feltham – London, Cineworld Wembley, Cineworld Swindon, and Cineworld Ashford are some of the targeted cinemas for the initial screening of Nepali movies.

An executive and film Buyer at Cineworld cinemas were in touch with us back in 2012, when a group of us at Nepali Chalchitra had just started to screen Nepali movies in the UK.

Our successful second screening of Movie Apabad at Princes Hall in Aldershot had sparked interest from Cineworld executives to screen Nepali movies at their cinemas.

The Cineworld executive had further informed us why they were interested in screening Nepali movies which is still relevant,

“As I’m sure you might be aware we are the number one cinema chain in the UK with 79 sites across the UK and Ireland.

We have achieved this number one spot by ensuring that we show a range of product and are the biggest foreign language exhibitor in the UK having a very strong Bollywood, Tamil and Polish audience base.

The Aldershot opening has highlighted another niche Market that I would like to become involved in however I’m sure Aldershot is not the only part of the country with a strong Nepali population.”

Despite few of my meetings with the Cineworld Executive at their head office in Chiswick London, the plan of screening Nepali movies didn’t progress back then.

Future of Nepali Movies in the UK

It’s great to see a capable team coming forward and convincing the Cineworld to screen Nepali movies. The Cineworld agreement is indeed a stepping stone for better future of Nepali movies in the diaspora.

Similar to other Nepali diasporas, although few privately organised screenings of Nepali movies have been taking place in the UK, this agreement will take the current state to another level.

“It doesn’t come without risks and challenge”, adds Paudel of INFA team, who further agrees that sustainability will be the key to the future of Nepali movies at Cineworld cinemas.

One of the major factors is the relatively small UK’s Nepali population in comparison with the audience base of other movies screened at Cineworld.

However, the improving quality of Nepali movies and growing interest of Nepali audience can definitely help the situation.

Despite the record number of movies made every year, Nepali movies industry is still in its infancy even within Nepal. Lately, the improving quality of the movies is significantly helping to attract more of the younger generation, thus building a bigger audience base.

Efforts like these from the diaspora communities will certainly aid to the brighter future of Nepali movies in general.

If you are in the UK, come and support Nepali movies by watching the shows at Cineworld! You might be surprised how far Nepali movies have come along!!

Please find the premiere details for the movie and other general screening details at Cineworld cinemas. 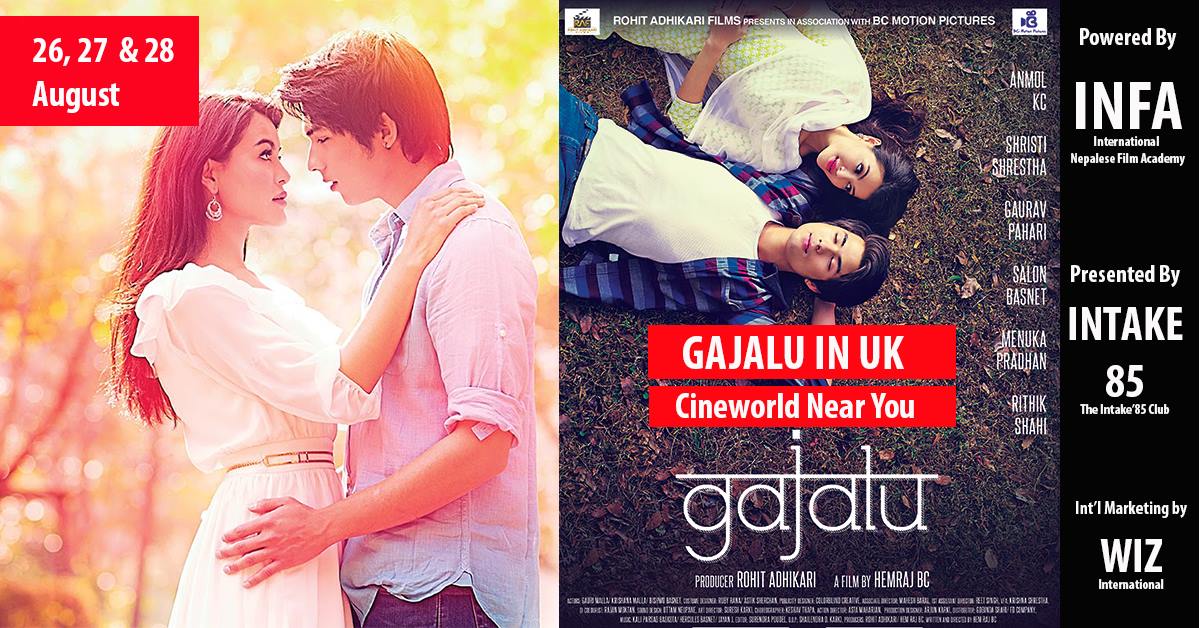 You can buy tickets for the general screenings at Cineworld Cinemas near you or online on Cineworld website.