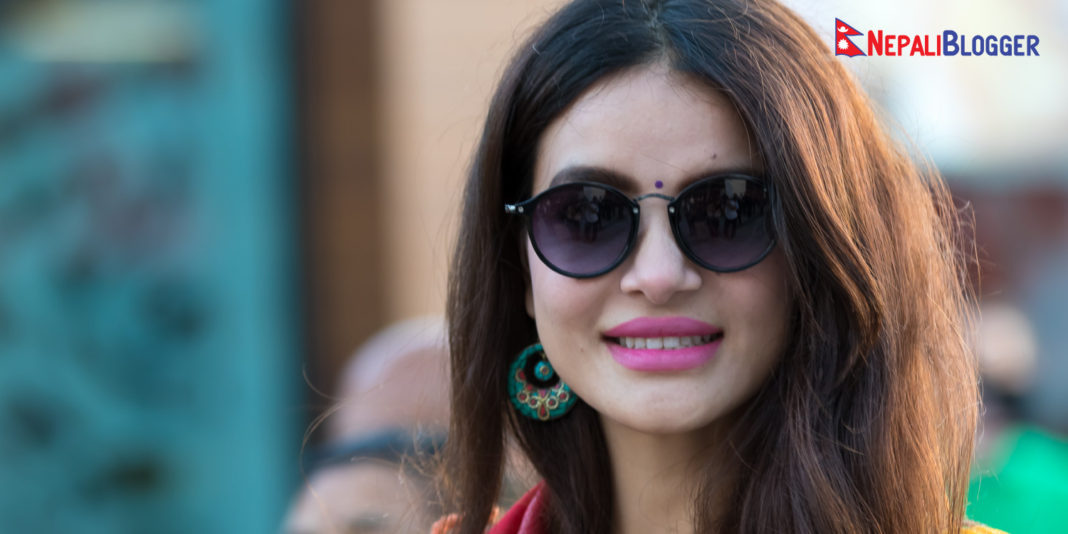 The first ever premiere of a Nepali movie at a leading cinema chain in the UK took place last night at the Cineworld cinema of Aldershot.

A recently released successful movie Gajalu became the first Nepali movie to be released at the commercial European cinema chain that has over 800 screens just within the UK.

The event was made further special with the presence of actress Shristi Shrestha from the movie. Shristi Shrestha walked the red carpet and joined few hundreds of audience at the sold out event to watch her movie together, marking the historic screening.

The movie premiere was organised by the group that managed to do the remarkable deal with Cineworld to start screening Nepali movies in the UK.

The group under International Nepalese Film Academy (INFA) and the Intake 85 Club had organised meet and greet with actress Shristi Shrestha before the screening of the movie.

Congratulating for her successful debut movie Gajalu, Shristi Shrestha was also announced as the vice-patron for the Gajalu (UK) Foundation by the Mayor of Rushmoor at the event.

The Gajalu (UK) Foundation was formed to mark the premiere of the movie, and Miss Srijana Paudel will lead the Foundation as its President and CEO.

The premiere of the movie was more of an invite only event where the organisers had invited several film and media related personalities from all over the UK.

Besides the invite-only guest list, the screening also had the presence of a few hundred audience members. Almost half of the tickets were made available for public sale on the Cineworld website that was sold out within few days.

I travelled an hour from London to the Cineworld cinema in the town of Aldershot to attend the screening.

Here’s what I managed to capture at the Gajalu premiere, an event that will go down in history as one of the memorable evenings for Nepali cinema in the Nepali diaspora.

This is an images gallery of selected images from the event. You can see a full set of images on my facebook page album.

The star of the evening, Shristi Shrestha walked the red carpet and joined the invited guests at the meet and greet before the movie screening. 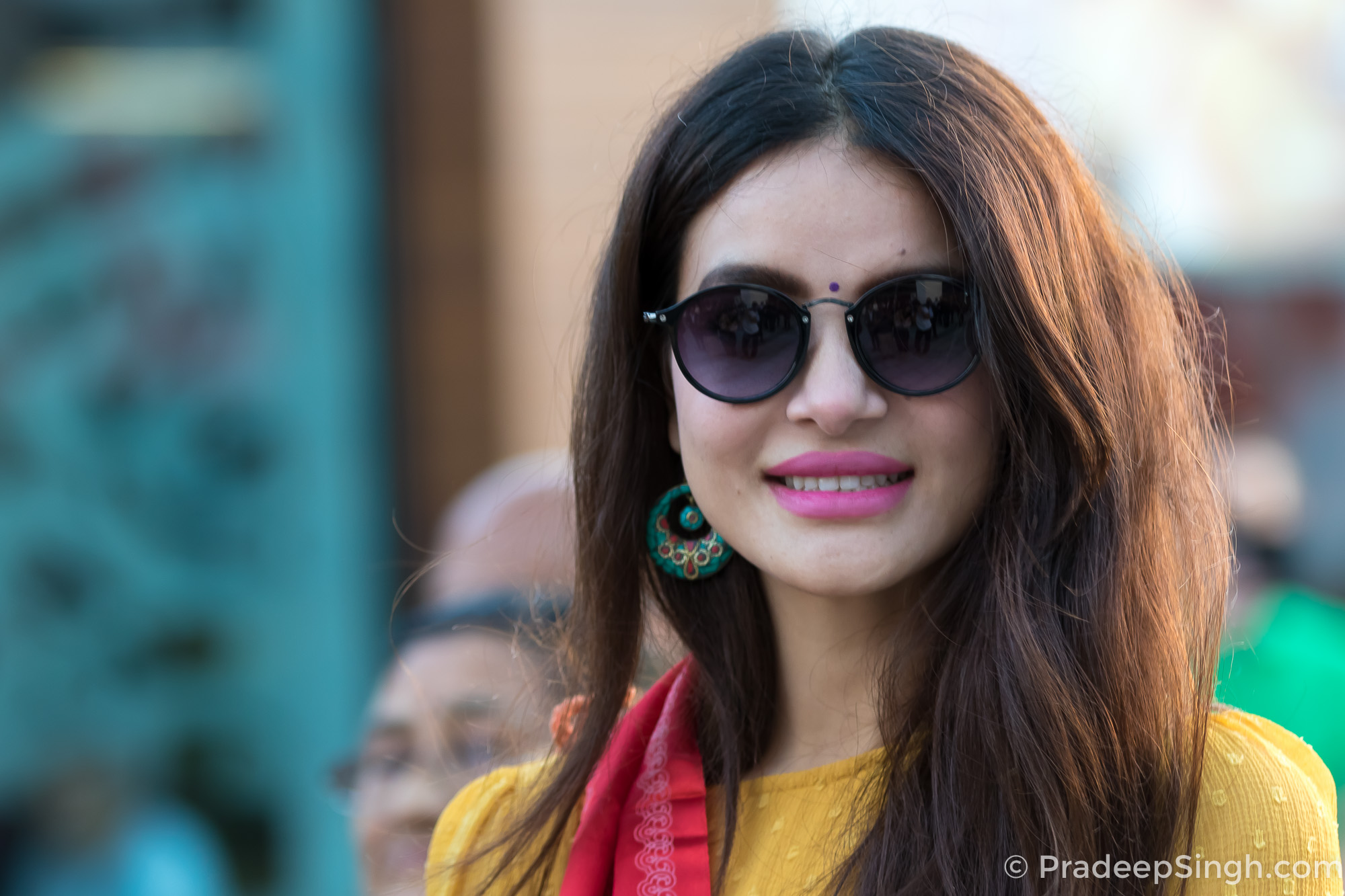 One of the most active team members from the organising group INFA, Srijana Paudel welcoming the premiere guests. She is also leading the Gajalu (UK) Foundation for future projects. 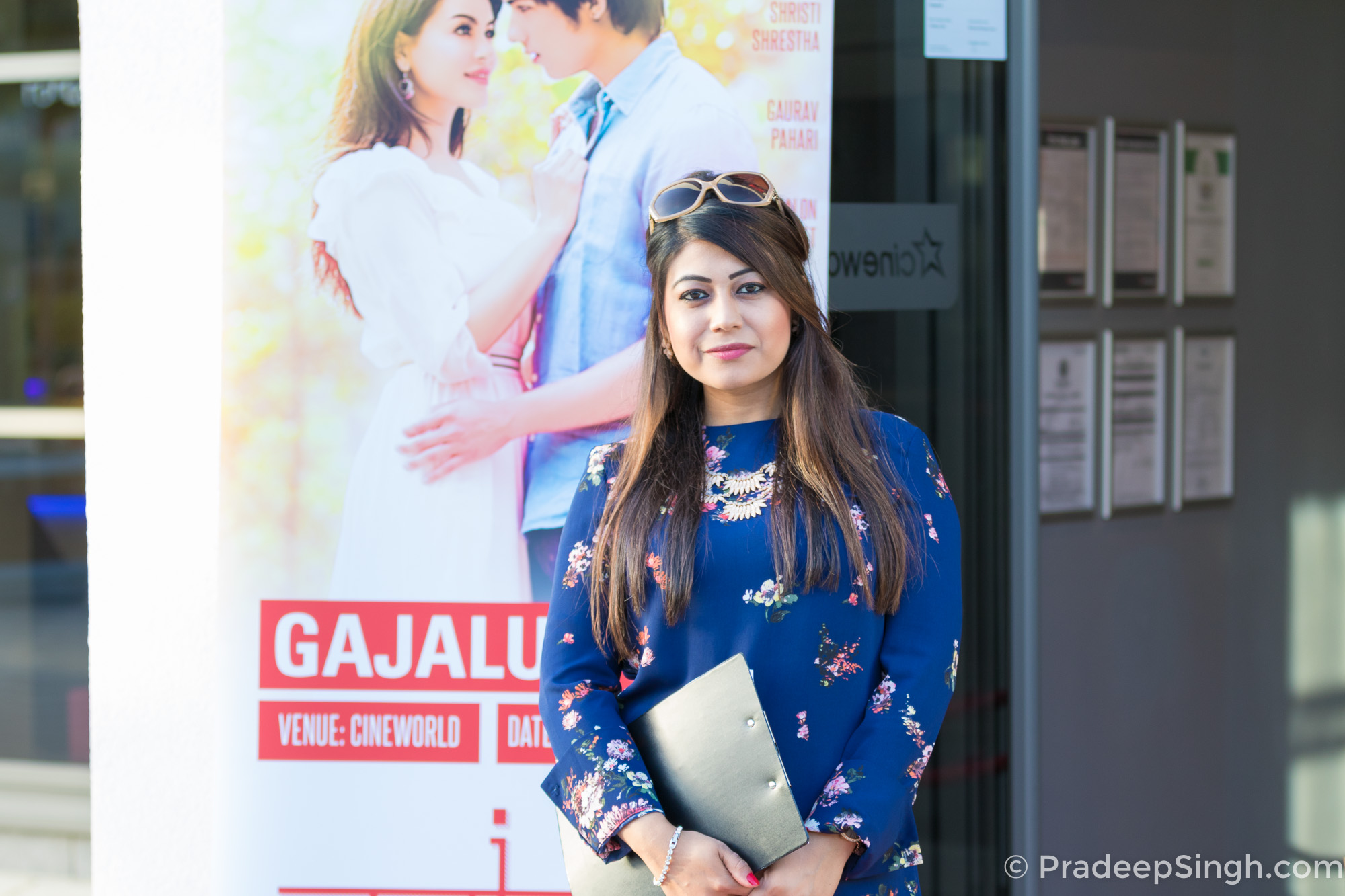 The Mayor of Rushmoor, Councillor Jacqui Vosper celebrated with the organising team at the meet and greet. She also handed the vice-patron certificate for the Gajalu (UK) Foundation to Shristi Shrestha. 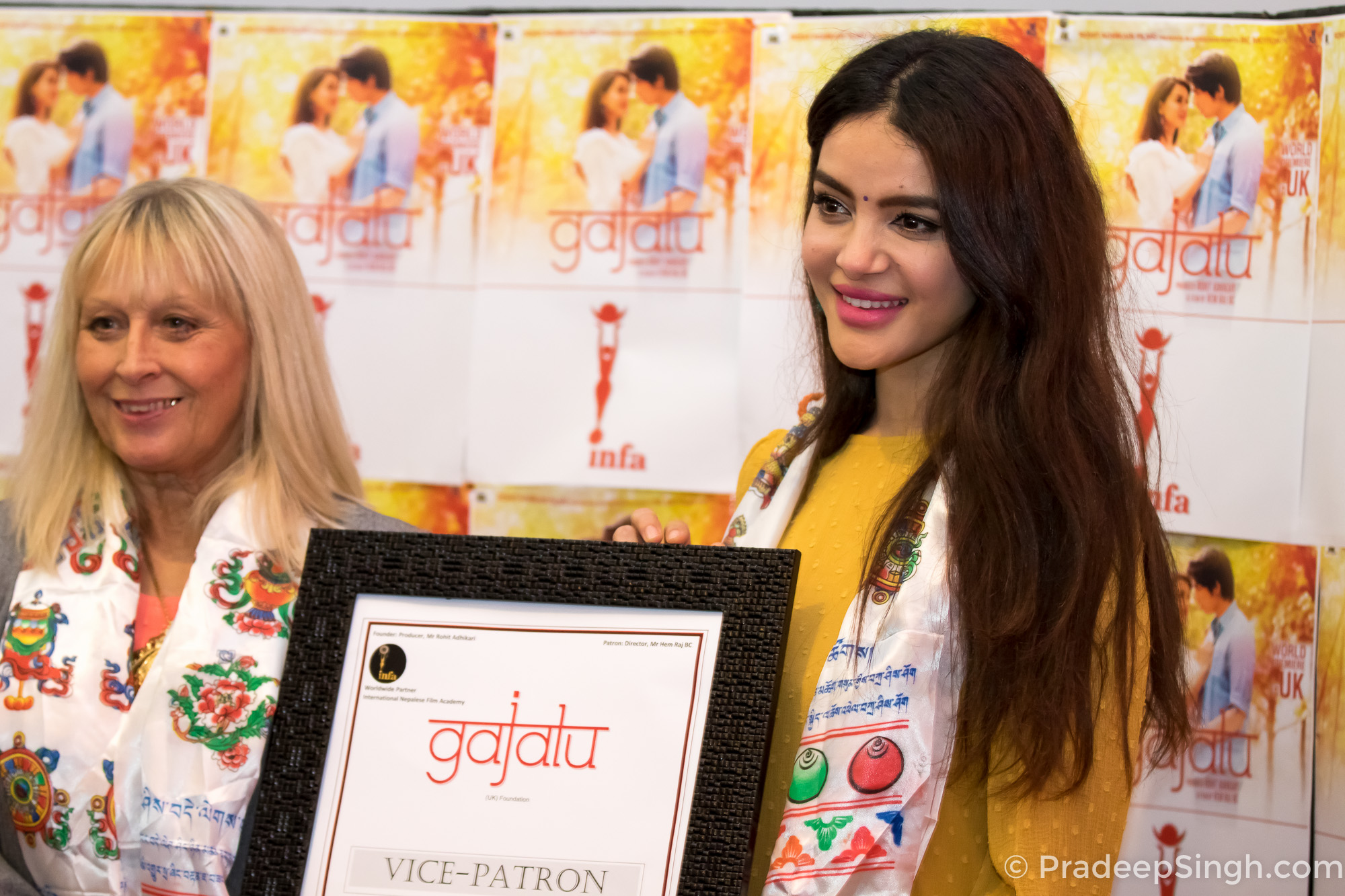 One of the most popular media personalities in the UK’s Nepali diaspora, Sarala Thapa attended the screening. She has been actively promoting the Cineworld screening of Nepali movies. 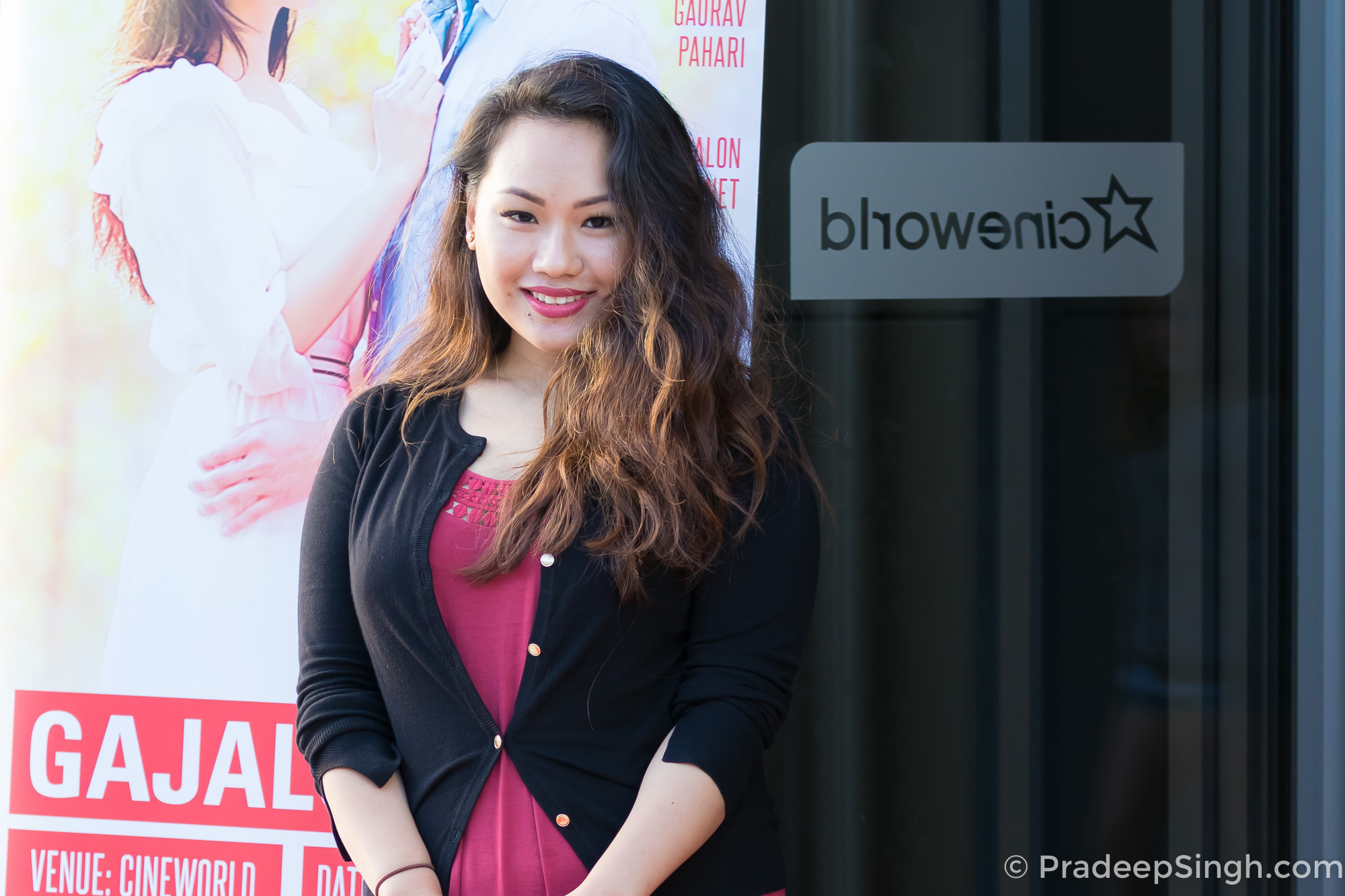 Nepali actor based in the UK, Dhruba Dutta (M) and Nepali drama director Sanam Kumar Bairag (R) were also seen at the event. 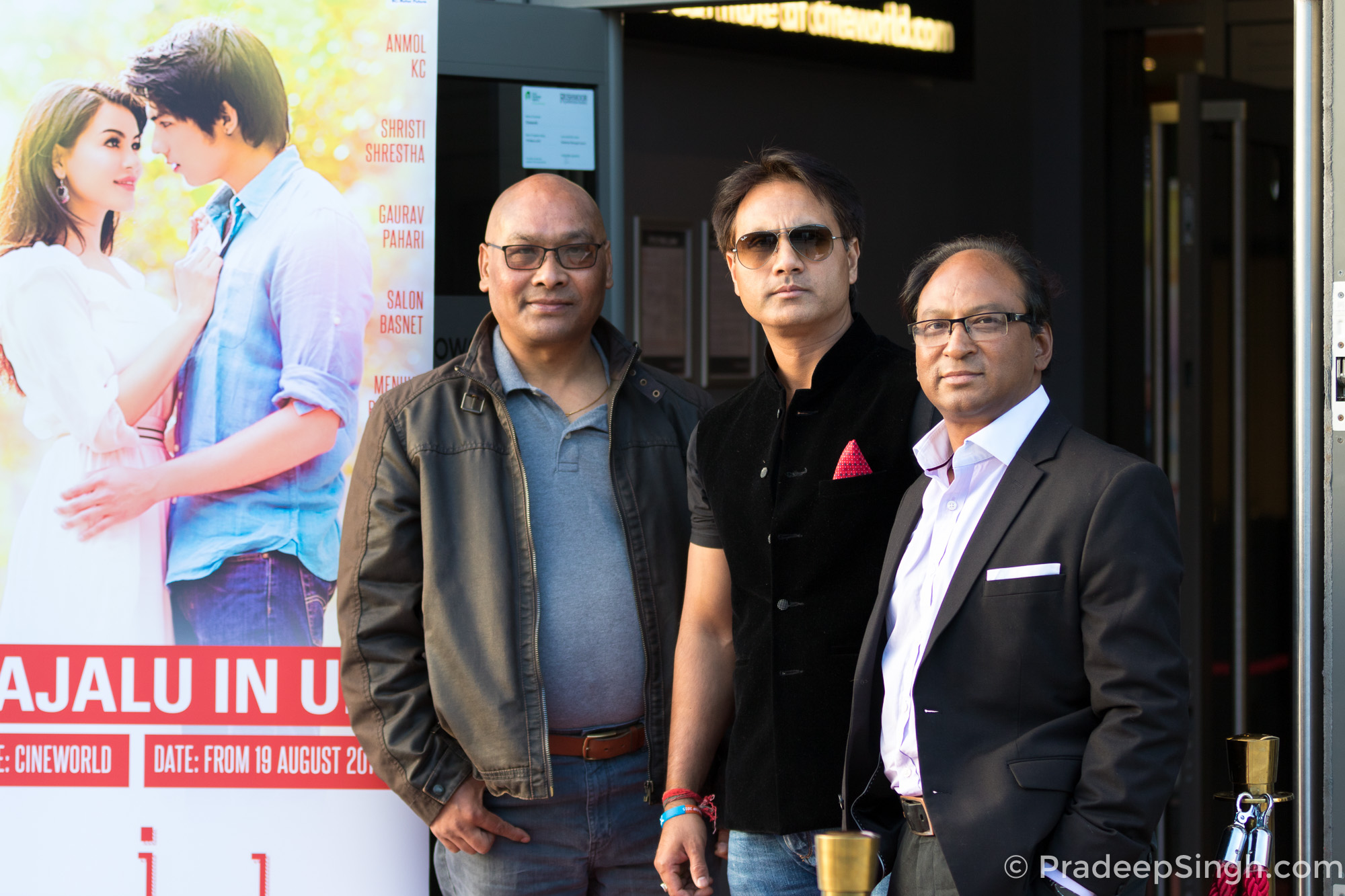 Few other active members from the UK’s Nepali community, seen at the event include Miaya KC, Shraddha Gurung among others.

Few other hosts and the organising team members include Prashant Thapa, Avi Koirala, Navin Gurung, and Bhupendra Gurung among others. 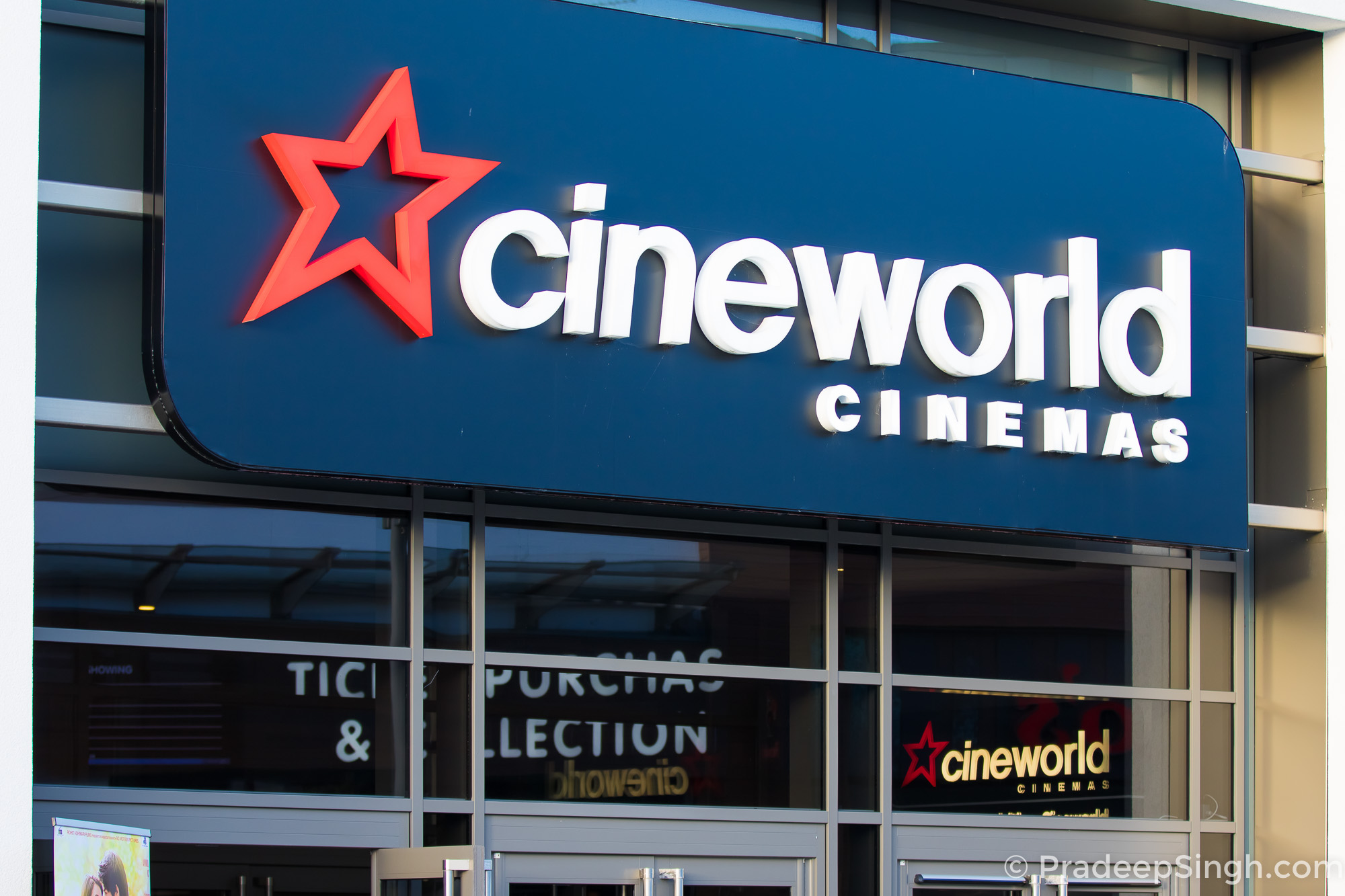 The general screenings of Gajalu will take place on 26, 27, and 28 August across several Cineworld cinemas throughout the country.