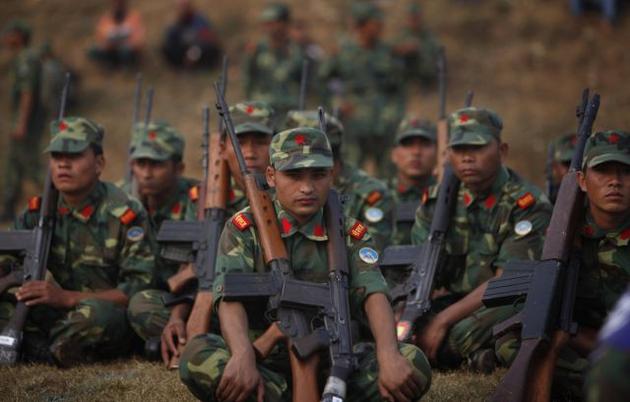 The moment final bell would ring, we all used to be overjoyed, not just because the school was over for the day but also because we could now play cricket. Back then, there were a number of local teams made up of local kids. I was one of those kids. I took a great pride in my team. Those ‘friendly’ games with other teams, I used to get so fired up, cricket was my passion. After the final ring, I would rush to my house, change up, grab my cricket bat and then head to the cricket ground to join everyone else. Our game would go on until it became too dark to play. Winners would gloat, and losers would make faces… for there always would be the next game to square things up. When I look back to those days now, I realize how carefree my days were. Going to school, playing cricket, watching cartoons and cricket on TV… I was too busy to concern myself over anything else. The gloom of a new radical insurgency that was strongly gripping the whole nation by now, I did not have the wits to understand its gravity back then.

Sometimes I would catch upon my father and his friends talk about how things were worsening day by day. By then I had heard about a good number of people who had died in gun fires across the country. A part of me knew that there was a war going on within our country, but again, I found this as concerning as any ordinary 12 years old kid would do. I had seen a few bollywood-war-movies by then. They had actually excited me beyond imagination. The gun fights in those movies seemed so fascinating that I loved to play mock gun fights with my friends. Of course, our guns were made up of small wooden pieces and we would make noises to produce the gunshots. I was already finding the idea of joining the army and doing some crazy heroics just like in the movies as appealing as becoming a famous cricketer.

That day, we were bowling first against our bitter rivals. The ground we were playing on was a mere few paces away from the local camp of Armed Police force in our area. We were commanding the game; I already smelled a massive victory. And then we heard gun fire coming from the direction of camp. Everyone was freezed in their steps; we were all looking towards the Police camp, trying to discern what was going on. And then the place erupted. Around half a dozen people dressed as civilians started to shoot at the Police. We could see few more people rushing to join them from our end. As the situation wore in, I realized how unsafe we were in the open ground. So we rushed for our lives towards the nearby bushes. The situation had already escalated from bad to worse, I felt like I was about to break down, both physically and mentally, on witnessing the repulsive brutality in front of my bare eyes. This was nothing like what they made it look like in the movies. Even at that distance, I could spot one of the police lying motionless near the camp, inanimate, dead, his shirt reddened with his own blood. I was too petrified to even apprehend the graveness of what actually was going on. I felt too exposed, my gaze fixed on those boys who seemed not a single year older than me, shooting at what now remained of a small bunker alongside the road.

This was nothing like what they showed in the movies. My consciousness could not let me to relate such visceral carnage to heroism. I sat there, my arms folded around my legs, along with my friends, wishing of it all to end. But the gun fires and the blasts did not die, the yelling kept on intensifying, the innocence in me felt battered by the harsh reality of life. Together, we coped through some of the most tumultuous moments of our lives. Slowly, the boys with the guns started to retreat towards the nearby forest. And then there was an empty silence; deceitful, untrustworthy, for I was prepared for another gunshot, another cry, another surge of rushing people armed to their teeth dispelling this false sense of calm.

It was all over now.

I was still too scared to get off my hide. When a few guys started to walk out, I dared myself to join them along with my friends. On the way back to my home, I saw a battered body, lying upside down in the road. The entire right arm was missing. My idea of life was colorful, with lots of happiness and fun. It all died along with the child in me that day. I stood there, tears rolling down my eyes, unable to comprehend how life could be so brutal, how someone could be destined to face such a horrible end. I heard someone yell my name, I looked around. I saw my mother who looking for me. She came rushing towards me, her eyes reddened, she held me in her embrace. And then I let it out. I cried all my fears out. I felt so safe in her warm embrace.

I later came to know that the people who started ambushed the armed forces that day were the Maoist rebels.  As I tried to understand what they were rebelling for, I kept on hearing news on more such incidents in the country.

Author: Pawan is the editor for Elist10. He spends most of the time reading novels or spends the time writing different things.