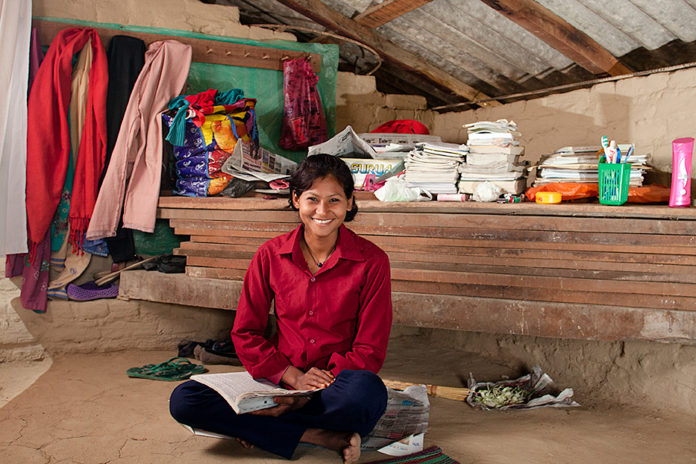 The plight of kids from Nepal has made international headlines recently with the U.K.’s leading tabloid newspaper revealing how some children are being transported to Britain to work as household slaves or servants.

The shocking investigation by The Sun reveals how unscrupulous gangs are targeting kids on the streets of Nepal and offering to sell them to UK-based families for just £5,250.

The newspaper’s undercover team was offered boys and girls as young as ten by one gang selling Nepalese refugees and was told by one man ‘Take a Nepalese to England. They are good people. They are good at doing housework and they’ve very good cooks. No one is going to come after you’, according to the article.

As disturbing as this news is, in this guest blog post we want to tell you about how one non-profit organisation is raising funds to prevent another practice that goes on TODAY in some areas of Nepal.

It’s not the same thing as trafficking kids to work as slaves in England – but it is about child slavery all the same.

Kamlari girls are sold into a life of indentured servitude to a master who they must obey at all costs. She’ll clean, cook, fetch water, do the laundry and whatever else is demanded of her – and more than likely she will not go to school.

I’m sure you’ve heard about it?

Although the Kamlari practice has been ‘cleaned up’ to a certain extent over the last few years, it still does go on. Officially it’s outlawed as a ban came into force in 2006, but on the 10-year anniversary of that ban, it still does happen.

Sometimes girls as young as six are sold by their parents (who are trapped in a life of poverty and are desperate for money) to a master who then ‘owns’ her for the following years. In many cases, she’ll be exposed to violence and abuse. When she gets a little older, she also faces the threat of being sold into prostitution when he master wants to trade in her for a young girl.

That’s why a non-profit organisation called Open Circles Foundation (based in the Netherlands) has partnered with international award-winning charity Room to Read to help support Kamlari girls and get them access to education.

“Every year we join forces with like-minded charities to raise funds for much-needed causes all over the world – and our 2016 is called Save a Girl,” says Open Circles Foundation co-founder Nisandeh Neta. 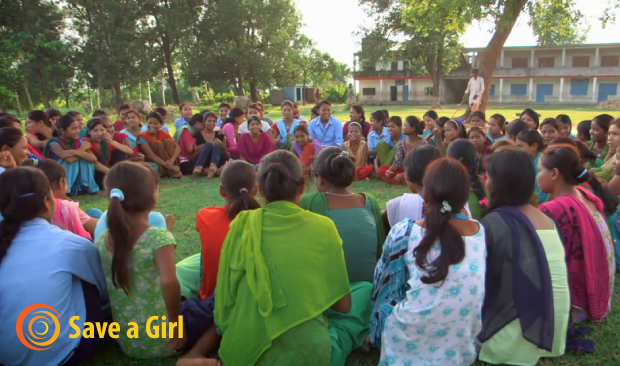 “The crowdfunding campaign will be live until April 21st and we need to get the word out to as many people as possible so we get more support for the girls.

“So far we have had major support and I thank everyone from the bottom of my heart for the €55,000 raised thus far – we need to do more and fast.”

Save a Girl Crowdfunding Campaign Gives Back

For those of you who don’t know, Indiegogo’s crowdfunding campaigns offer rewards or perks to people who donate money.

The Save a Girl campaign has a list of gifts to say ‘thank you’ for your donation, ranging from Neta’s latest book The Enlightened Millionaire, to recordings of informative seminars and live event tickets.

“Depending on where a backer is based in the world, we can give something back as a very special thank you for your donation.

“For instance, if you can get to the Netherlands, you can see me on stage at the live Enlightened Millionaire seminar, or if you can’t, then I’ll send you a recording.

“Alternatively, I can ship out my new book to anywhere in the world. There are loads of great rewards on offer because I know how important it is to give something valuable back to people who help support this vital campaign.”

Please take a look at the campaign here on the Indiegogo page.

Guest Author
This is a guest post submitted by Gaynor Selby of Open Circles Foundation.