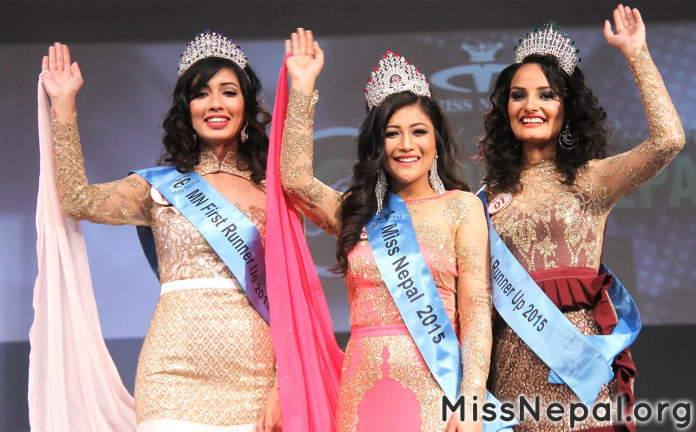 Evana Manandhar is Miss Nepal 2015. She was been crowned Miss Nepal 2015 in the Grand Finale of the Miss Nepal pageant held this evening at the Hotel Annapurna in Kathmandu. 19 participants were selected for this year for the 20th edition of the beauty pageant. A panel judges including Shristi Shrestha, Navaraj Dhakal, Dr Nirmala KC, Dr Nischal Pandey, Liza Dali Manandhar and Ananada Ratnaparakhi selected Evana Manandhar for Miss Nepal among other contestants. Evana Manandhar was also awarded with Miss Personality and Gosh Girl titles in the pageant. She will now represent Nepal at Miss World 2015 pageant later this year. 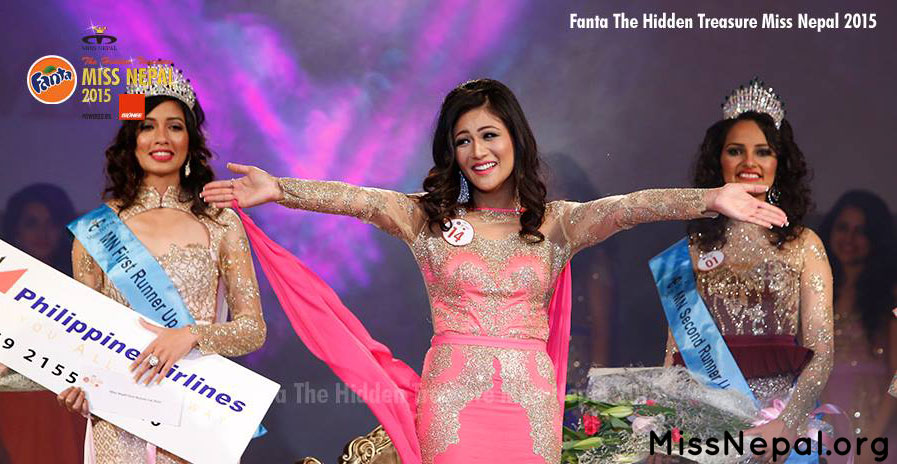 Dibyata Vaidya and Megha Koirala became the first runner-up and second runner-up respectively in the pageant.

Contestants that made it to the Top five in the pageant include Medha Koirala, Shristee Bhattarai, Nishm Choudhary, Dibyata Vaidhya and Evana Manandhar.

I have live blogged the main highlights from the Miss Nepal event in previous post but here’s the summary for you to go through again.

what do you think of the Miss Nepal this year?