One of the most popular music bands in Nepal, Nepathya is gearing up for a music tour across Nepal spreading the messages of education and peace in 10 different places within the country including the capital Kathmandu.

This band’s musical tour is scheduled until Poush 5, 2070 and during this period Nepathya will travel in several places around the country including Ratnanagar (Chitwan), Damak (Jhapa), Gulariya (Bardiya), Beni (Myagdi), Lalbandi (Sarlahi), Lamahi (Dang), Gagangauda (Kaski), Biratchowk (Morang), Taulihawa (Kapilbastu) and Abukhaireni (Tanahu). Here’s the schedule of the musical tour below. 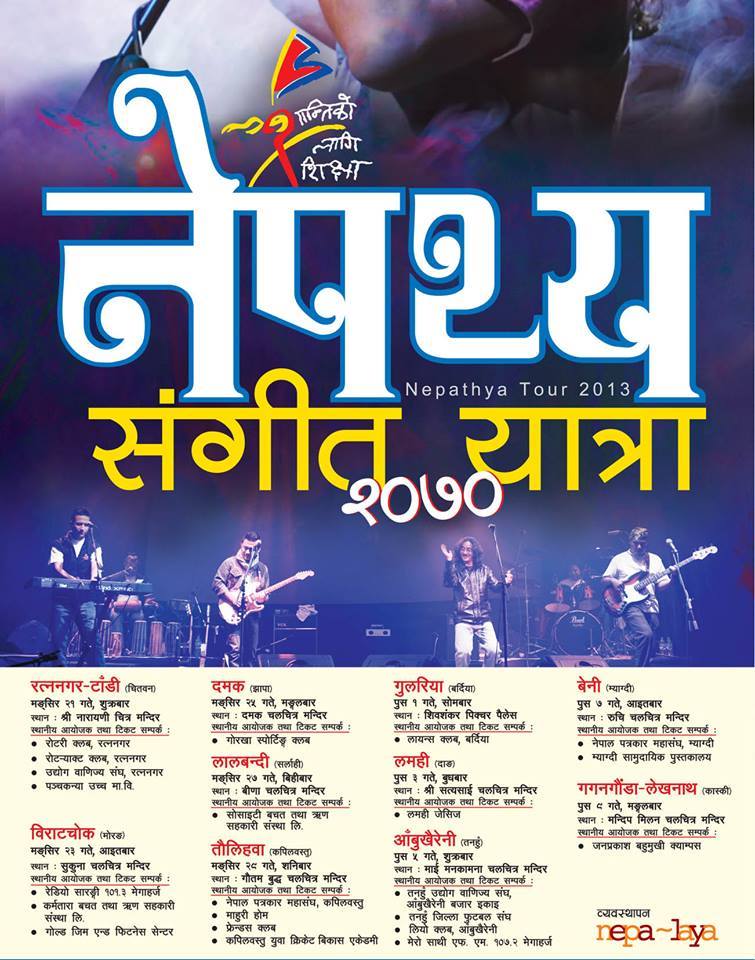 Founded in the year 1990 with three band members, Deepak Rana, Amrit Gurung and Bhim Poon, the band has been consistent over 20 years despite seeing many band members come and go.

With a total of 9 music albums starting from their first in 1991- ‘Nepathya’, the blend of pop, folk and rock music has created a music charm in every Nepali music listeners.

The band has toured in several places within the country and abroad in the past decade. Their recent historic performance at Wembley Arena in London brought around 8,000 strong Nepali music lovers on August 3, 2013.

The musical concert aimed at spreading the message of peace, progress and education in the country is expected to bring enthusiastic participation.

Latest Update: The band has finished performing at their first stop – Ratnanagar, Chitwan and has headed to Biratchowk. 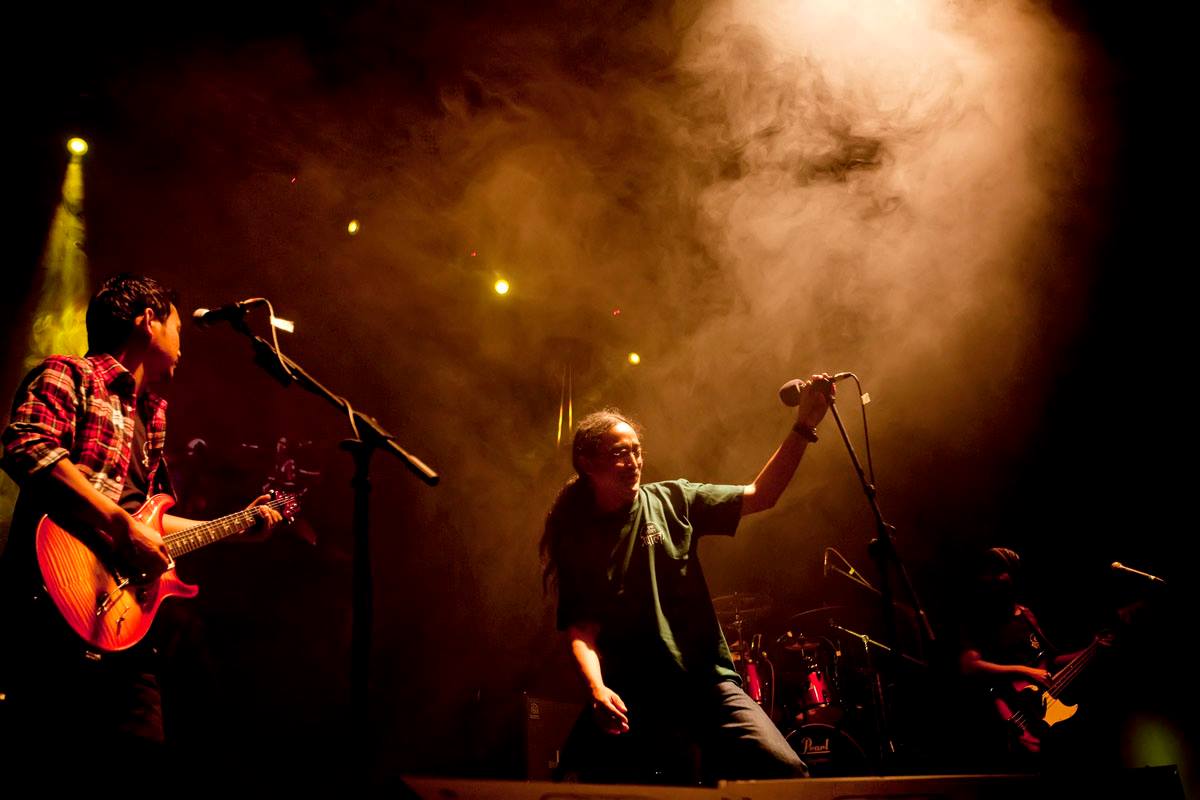