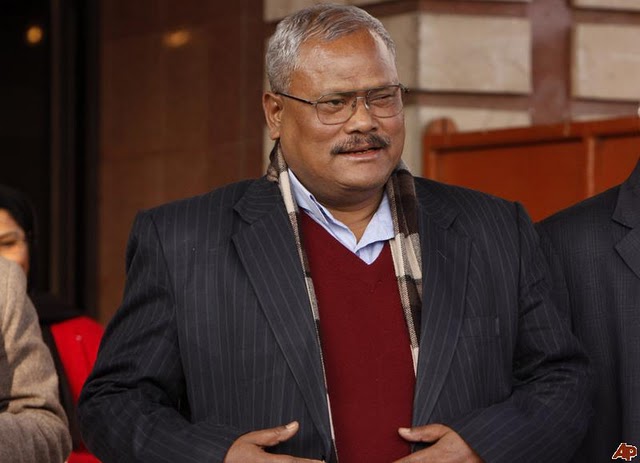 Bijay Kumar Gachchhadar, acting prime minister of Nepal recently made it to headlines with his silly remarks about the earthquake.

Speaking in a meeting of the parliament’s State Affairs Committee (SAC), Gachchhadar, also the Deputy Prime Minister, said, “Even great warriors are terrified of natural calamities. Maoist leaders, the prime minister and the home minister, we all were scared when we felt the quake in the parliament building, but we didn’t run out as we were ashamed (to do so).”

Gachchhadar, who heads the Central Natural Disaster Relief Committee made a goofy remark about the earthquake when he said

“We have already become an earthquake zone. So let us pray to the Pashupatinath that it takes place in America and Europe, not here.”

Watch the video below;

Oh what an acting Prime Minister we have! He doesn’t even have a proper sense of what to speak and not? What do you say?