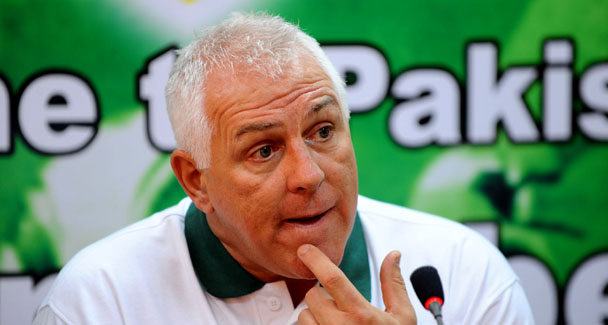 English footballer and football manager, Graham Roberts has been selected as the new coach for Nepali national football team by All Nepal Football Association (ANFA). Graham Roberts will be looking after the national Nepali team in upcoming AFC Challenge Cup. Indeed great news for the football industry in Nepal!

Graham Roberts has been officially selected by ANFA (Some rumours were there already and now myrepublica confirms the selection in accordance with an ANFA source) among other five foreign coaches interested for the job. ANFA sources report Roberts will get a monthly salary of $5000 and $500 for his petty expenses. Roberts will reach Kathmandu Nepal today (Friday) and will look after Nepali team in the upcoming AFC Challenge Cup Group stage matches scheduled to be held in Kathmandu from the second week of April.

Graham Roberts, a retired English footballer and an ex-England international has played for several clubs in defensive role. He has played for big names in English Premier League like Chelsea and Tottenham Hotspur. He won two FA Cups and a UEFA Cup with Spurs in the 1980s. Roberts started his coaching career with appointed manager of Clyde. Clyde had defeated giant Celtic under his coaching but later in 2006 Clyde had sacked him. Graham Roberts had been working as a coach for National team of Pakistan for last some months. He worked with the national team and prepared them for the Asian Games in Guangzhou. Now he has come for a similar role in Nepal.

Nepal national football team or Rastriya Tolee as we call it in Nepal is currently placed 172 in the FIFA working rankings. A warm welcome to Graham Roberts in Nepal! I am sanguine that Nepal will gain a new height in football under his leadership. What do you say? Let us know in the comments below!