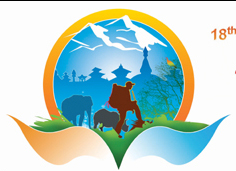 Some weeks ago when Nepal government officially launched the Nepal Tourism Year 2011, I was shocked to know that it didn’t have any special plans for the year. All of us should have been expecting some fancy and catchy offers for the tourists and one important issue that many of us had been expecting for the year was visa fee issues to Nepal. The government could have lowered the visa fees in a bid to attract more tourists in the country and enable them to stay for longer in the country.

However late, here comes a commitment from the Nepal government to waive the visa fees for Chinese tourists to Nepal. Sharat Singh Bhandari, Minister of Tourism and Civil Aviation speaking at the 18th national convention of Nepal Association of Tour and Travel Agents (NATTA) today said that the government was working on to offer free visa entry facility to the Chinese tourists. Tourism and Civil Aviation sector of Nepal came with this proposal of free visa-regime to Chinese tourists earlier in 2010 but I think the government failed to endorse it. The sooner this happens, the more beneficial it will be to the country and its tourism programme.

Nepal is targeting more than a million foreign tourists for the Tourism Year 2011. While this shouldn’t be an impossible target in anyway, the government not coming up with promotional plans seems absurd. Nepal draws almost more than half a million tourists in the country yearly and had the government been more vigilant, it could have set the target to higher numbers easily.

Nepal serves as a great tourism destination for China not only being a neighbouring country but also because of the similarities in religion, culture and some traditions. How can anyone forget Buddhism, the main religion of the china comes from Nepal? Swayambhu, Boudha, Lumbini are most important centres for Buddhism in the country and it can serve as an important place of pilgrimage. Making the visa free for Chinese tourists for at least a year should see more tourists’ inflow in the country. At moment foreign visitors need to pay 25 U.S. dollars for visa for 15 days and 40 dollars for a month while visitors from the South Asian Association for Regional Cooperation (SAARC) countries get visa free of cost to Nepal.

The rumours of free visa to Nepal in tourism year had been around for a while and the queries of visa issues to Nepal in 2011 were raised in several other discussion forums including lonely planet. Optimistically, let’s hope the government comes up with more plans as such for the ongoing Tourism Year in Nepal. Nepal government has expressed that all the programmes carried in the year will be especially focused for Tourism and making the tourism year a grand success. Let’s accept this plan as a part of Tourism year and welcome it for the sake of our country’s success if not for the Chinese tourists.