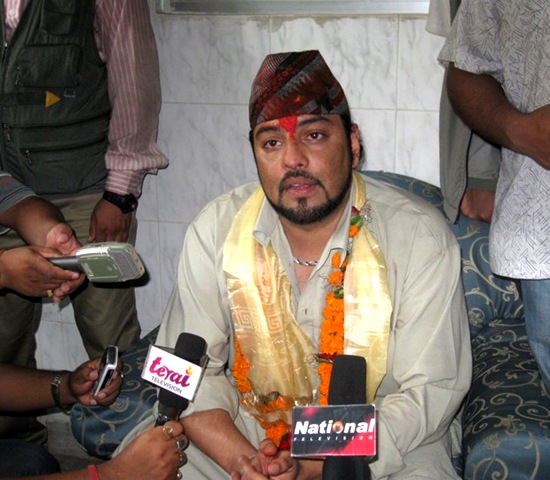 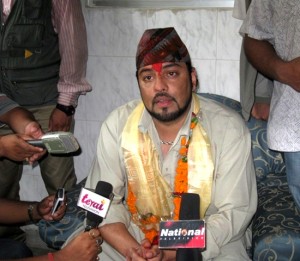 Frustrated with the present political scenario of the country, it seems we are seeking some options out of the box. It doesn’t matter even if we need to return back, forget all the revolutions we created to come up to this stage. Well, not for many of us. But for Media like Sagarmatha Television, it seems so at least.

Surprised? You won’t be after watching a video interview with Paras Shah, ex prince of Nepal taken by a reporter of Sagarmatha television. The issues the reporter raises in the interview and the views from Paras looks like the reporter in keen interested in urging him to come back with the monarchy again in Nepal. What does this interview mean to the public?

What sort of News Reporters we have? Once we (along with the media) fought to abolish the Nepali Monarchy and the same media now with several interviews with the monarchs urges to tell them if they have planned to come back?

Common Media people don’t you understand the effect you have on society? Are you trying to generate more supporters for monarchy with their inspired interviews?
Well, true that our Media people lack professionalism. These people do such interviews just that they can be popular along with the controversy they create. Shame on you!