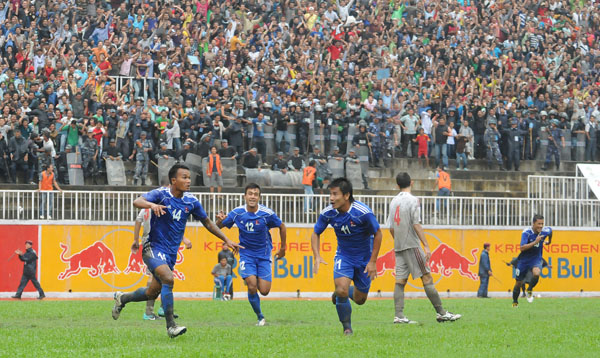 Wow! What a match from Nepali Players at home ground! The Nepali team was successful holding Jordan to draw with a mutual score of 1-1 today at the Dashrath Stadium. 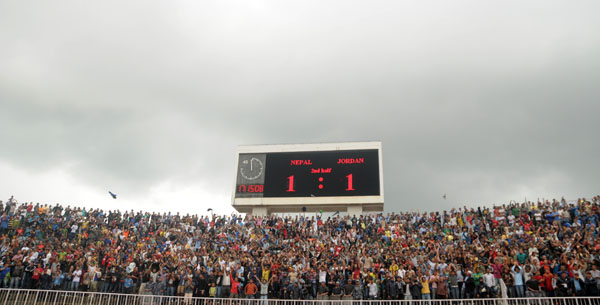 Bharat Khawas was successful in scoring a goal for Nepal in the 80th minute of the game. He entered the ground as a substitute in 66th minute. On Jordan’s part, Saeed Morjan gave lead to Jordan in 62nd minute. Jordan, having beat Nepal by 9-0 in the first leg at Amman, progressed into the group stage of world cup qualifiers with a 10-1 win in aggregate. The game was cheered by more than 20,000 spectators at the stadium.

Having watched Nepal’s performance today, at some point everyone should have thought “How the heck did Jordan score nine goals against Nepal?” Huge support of 20k Nepali spectators, players comfort on home ground and ultimate pressure to win, helped Nepali players give their best to this game. Indeed it was a game of Football to watch! Hardly had I known our country was this better playing at it!

Here are some of the Images from the awesome match played today at Dashrath rangashala.