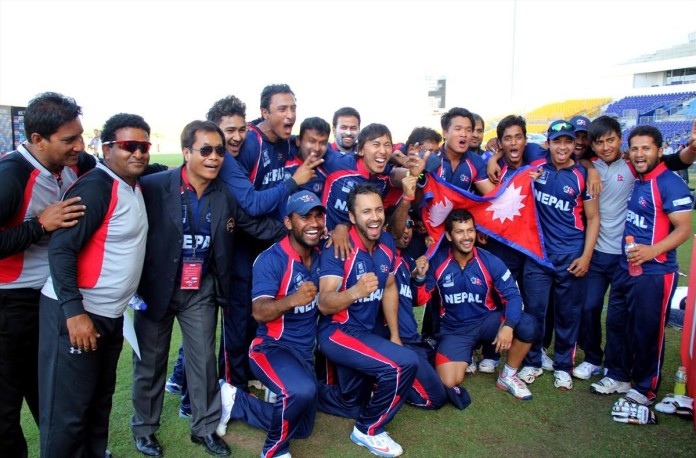 Team Nepal writes a new history in the international cricket after getting qualified for the ICC T20 World Cup 2014. A historical win in the last ball of the last over saw a five wickets win over Hong Kong in the qualifying matches of the ICC World 20-20 held at the Shekh Zayed Stadium in Abu Dhabi.

A whopping target of 143 put by Hong Kong saw Nepal chase it will a cool mindset. However, the ending overs of the game in the second innings was a real thrill with 13 runs being required from the last over.

The dying moments of the game was further scrutinized with the fall of the wicket of the captain Paras Khadka who missed his half-century by just 4 runs. However, Sarad Veshwakar’s sensational batting performance with the first six of the match right on the first ball and a four again raised high hopes and emotions to all the Nepali Cricket fans all over the world. 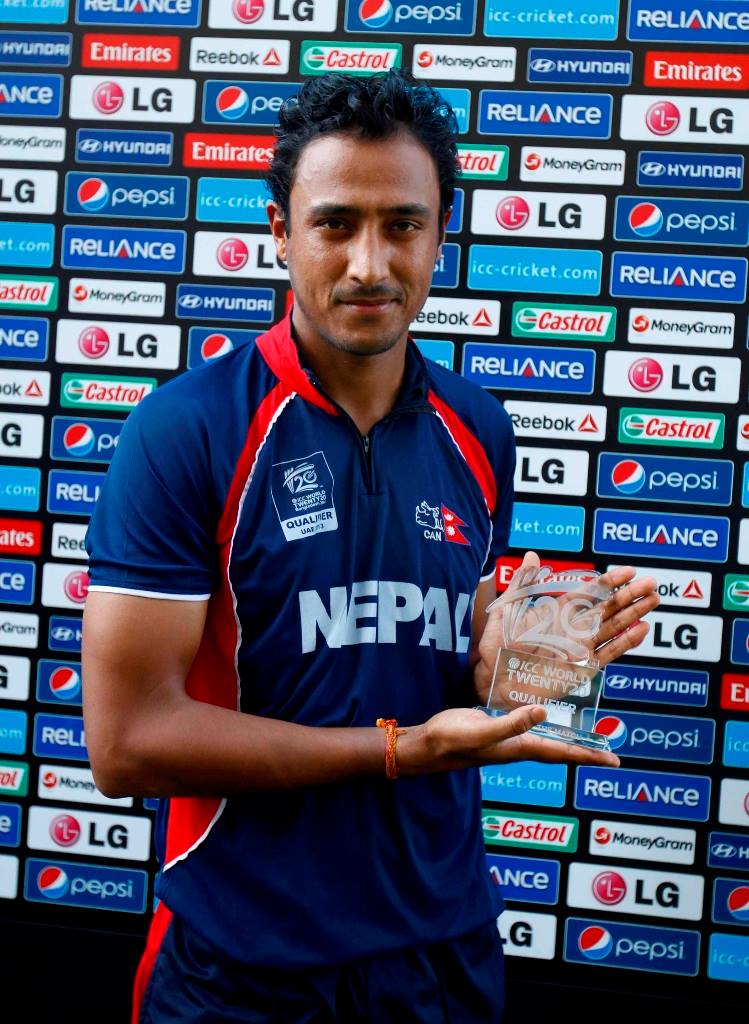 Gyanendra Malla’s 30, Sagar Pun’s 22, Subash Khakurel’s 16 and Sharad Veshwakar’s 13 help Nepal to the victory with Paras Khadka, the captain being declared the man of the match for his match winning performance of 46 runs.

“This is the biggest historical victory for Nepal and we are ready to compete against rest of the teams further,” said Paras Khadka, in the post match interview.

Hong Kong’s side saw the fall of their wickets with  Waqas Barkat, Nizakat Khan and Tanwir Afzal all scoring 25 runs and Munir Dar who scored 20 to set the target.

Jitendra Mukhiya, who narrowly missed out on a hat-trick, was the pick of the Nepali bowlers taking three wickets together with Avinash Karn who took two wickets for Nepal.

Nepal will be taking on Afghanistan in the semi-finals of the Qualifiers on Friday.

The ICC T20 World Cup will be played in Bangladesh next year.

Well done Team Nepal! You made us proud!!