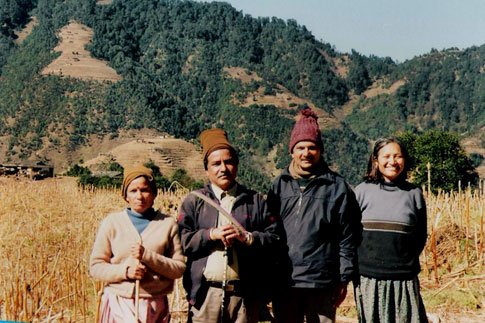 A 46-year-old Nepali has been arrested here in East Sussex town of the UK over allegations of torture during civil war in Nepal. UK’s Metropolitan police counter-terrorism command arrested the man this morning (Thursday) at a residential address in the English town of St. Leonards-on-Sea. The man has not been named till now.

It’s indeed surprising to hear someone being arrested in the UK over civil war allegations in Nepal and particularly after these many years of the war. Also UK is home to thousands of Nepalis that probably involves a significant population involved in the civil wart then. More than 12,000 lives were lost in the ten-year-long civil war, which ended in 2006.

The details of allegations and arrest haven’t made clear but according to BBC Nepali, British authorities claim “universal jurisdiction” over serious offenses such as war crimes, torture, and hostage taking.

Scotland yard – the home for metropolitan police here in the UK has issued a statement saying, “Officers from the Metropolitan Police Service have today arrested a man in connection with torture allegedly committed during the Nepali civil war,”

The man is in police custody at a police station in East Sussex and the investigations have been carried on by the “Counter Terrorism Command”, that has responsibility for investigating alleged war crimes and human rights abuses.

In news from AP, metropolitan police has said that the arrest did not take place at the request of Nepali authorities. According to some sources he was reported of the offence and the case could go to court within 24-72 hours. The statement from the solicitors of victim who reported the offence said that he (the victim) expects to get justice from the UK that he didn’t get from Nepal – ““I trust that the British system will deliver justice; something I was not able to get in my own country.”

This should be the first incident of Nepali being arrested over such issue. A law termed as “Universal jurisdiction” is hardly being used and according to the independent news, the man was arrested under section 134 of the 1988 Criminal Justice Act, which makes torture by a public official an offence wherever it is committed in the world.

The U.N. Office of the High Commissioner for Human Rights (OHCHR) has recorded more than 2,500 cases of torture during the conflict. In a ‘Nepal Conflict Report’ published last year UN said – “Torture, mutilation, and other sorts of cruel and inhumane and degrading treatment appear to have been perpetrated extensively during the conflict, according to available data, by both the security forces and the Maoists,”

If the allegations are proved and if the man is found guilty, how will it affect several others that were part of the civil war living in the UK? – We will see!