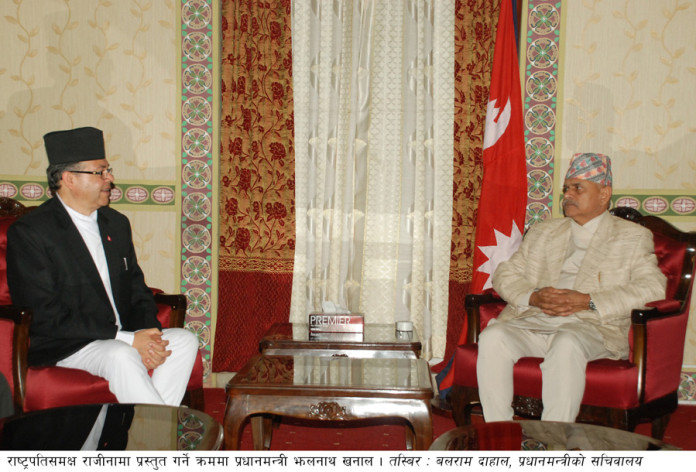 Nearly after 6 and half months of being on the Prime Minister post of Nepal, Jhalanath Khanal finally resigned today by submitting resignation to president Dr Ram Baran Yadav. Khanal himself had previously set the deadline to resign by 13th of August if he couldn’t advance the peace process, which he failed to execute yesterday. Surprisingly, after a central committee meeting of his own party Communist Party of Nepal (Unified Marxist Leninist), Jahalanath Khanal announced his resignation from the post. 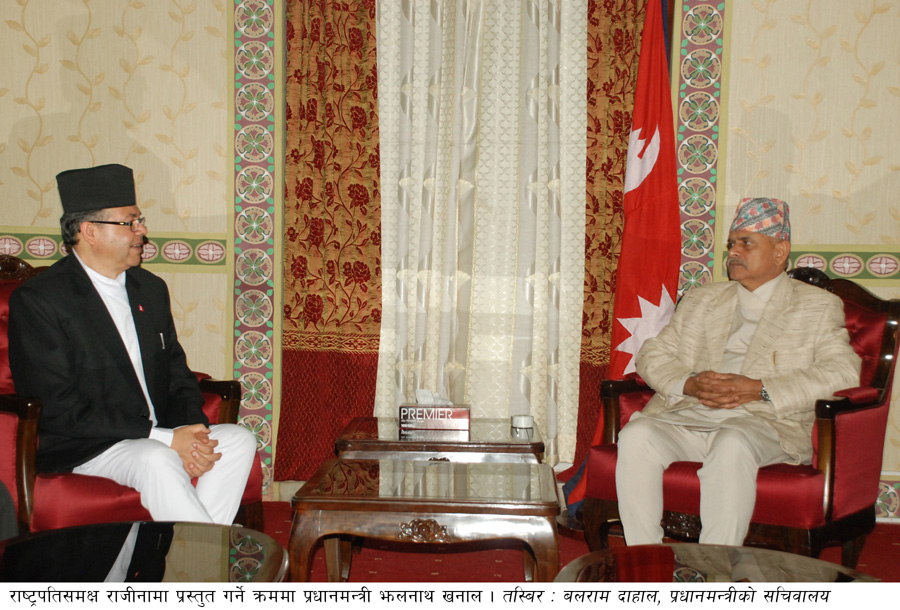 Jhalanath Khanal was already set to resign following five-point agreement signed among the top political parties in May. Some two weeks ago, Prime Minister Khanal had declared that he would resign himself from the post if he failed to bring any tangible or “concrete progress” (in his own words) in the peace process of the country. Appallingly, he couldn’t keep his promise of resigning on the date he had set to i.e. by August 13 and Prime Minister´s office on Saturday evening said that Khanal will make an announcement in parliament Monday. The Prime Minister was busy holding discussions and consultations with major parties and its leaders to build consensus until the final hours of last night. As things didn’t work out and as pressure increased significantly on Khanal to resign from his own party CPN-UML, he surprisingly quitted after a day he meant to do so!

[quote style=”boxed” ]The prime minister resigned after he could not achieve desired progress in the peace process, constitution-writing and consensus-making. – Surya Thapa, Prime Minister´s Press Advisor[/quote]

Three Prime Ministers have changed in past three and half years but the country has yet to see some real progress in the peace process and most importantly constitution drafting!!