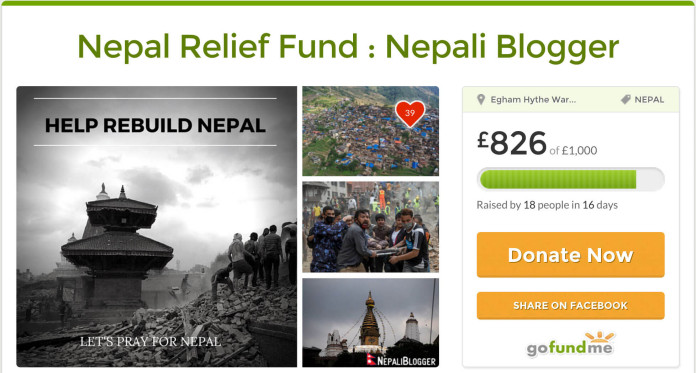 It’s been just over two weeks that I initiated this GoFundMe campaign, a day after the devastating earthquake in Nepal. I want to thank everyone that helped with this campaign – both by sharing and donating to the cause. Although the campaign was massively shared across several social platforms, I couldn’t reach my funding goal of even £1000. I guess raising awareness and collecting funds are two different things but that’s a different story I would reflect on when reporting the usage of the collected funds. 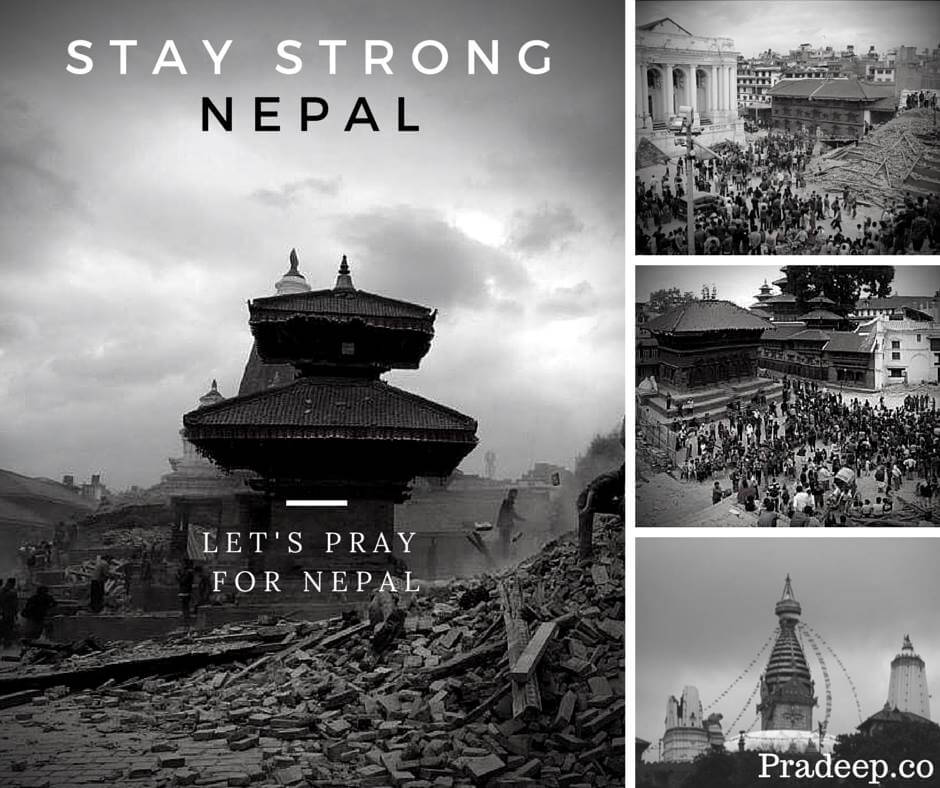 Incase, you haven’t seen the latest update on the GoFundMe Campaign page,

Amounts collected up until £826 (GoFundMe Campaign + £10 Bank Transfer)(the figure includes transaction fees) has been sent to the relief efforts in Nepal. I have sent the funds to Namrata Shrestha’s team who have been working on ground in several affected areas outside Kathmandu.

I will soon reflect more on the process and report more on how the funds were used including other details.

P.S. Unfortunately, Nepal has struck another powerful earthquake this morning, further worsening the condition. Let’s support in whatever ways we can and let’s pray for Nepal.