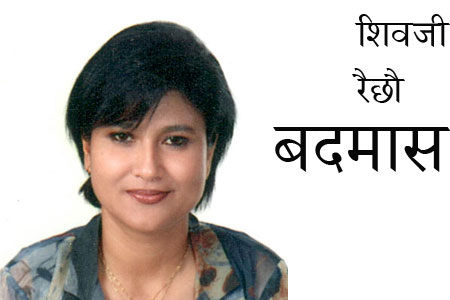 Not many years ago, Komal Oli created a huge series of gossips and controversies when she came up with her song “Poila Jana Paam”. 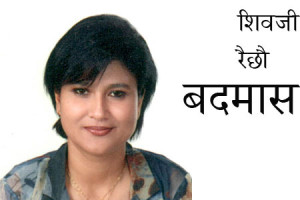 Now another controversy follows her with her pre release of another song targeting upcoming Teej festival, one of the major festivals of Nepali women. This time the Teej singer and former News presenter is being banned from broadcasting her song promo/advertisement on Nepali Television which includes an improper word to address Lord Shiva who is regarded key god of the festival and overall Hindu religion. In her song, she mentions Lord Shiva with the word, “badmas”. (See the Promo Lyrics)

You can watch the controversial song in our next post, Komol Oli Teej Song Controversy.

Officials of the Nepal Television responded to the incident by saying that “the song has a negative impact on the Hindu religion and she has no rights to refer Shiva God with that word.” The official government media may not be the only one to be harsh over Komal oli songs; even a lot of other women communities criticize it.

Well, it’s not the first time critics have hard words for her songs that they believe have a negative impression on Nepali society. And I personally believe, Komal Oli likes controversies, wants to grow and be popular with them. Well, I don’t mean she gets popular with such Teej songs; she is really talented women and has left lasting impression on Nepali society with her talents. But analyze her gossips, be those of her marrying Rajesh Hamal or her song “Poila jana Pam” and you will agree with me.

Yet she is bold enough to handle such controversies. They may affect the album business of Komal Oli but in overall increase her fame business. Despite all the criticism, Nepali women danced and rejoiced with her earlier song and I guess it’s going to be same with this one too.

What do you think? Will this song have the same fame? Will it affect Komal Oli in anyway?

And before I wrap up, I want to embed her popular songs of the Teej festival.