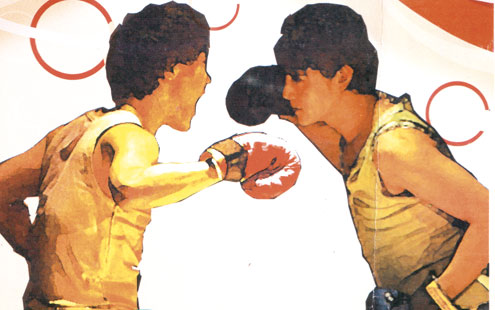 Nepali movies may be struggling among the valley audience but there is another culture, “theatre” that seems uprising. Apart from Aarohan Theatre Group (Gurukul), the household name for theatre shows in the country, some other younger generation initiatives for such shows are also taking the lead. If you happen to be one of the theatre enthusiasts, here’s an event notification for you.

“Do It Now!”A teenage growth drama is being staged at at Rastriya Nach Ghar, Jamal on 6th and 7th of Arpil. The play will see five talented Korean actors of the Jeen-dong theater group re-enacting the Korean drama in Nepali language. Actors, Lee Young Min, Jung Dae Jin, Yun Bo Gyeong, Jeon Dae In and Cho II Guk of Jeen-dong theater group will make it to the show. The best part it’s free to attend!

One Important reason I suggest youths to attend this play is that the story of the play resonates with the sentiment of the general youth it should definitely be relevant in Nepal’s context as well.

The story revolves around a student, Ram, who is very passive in his school life and is on a quest to find out his true calling in life. One day, he gets introduced to boxing and his life takes a new meaning. However, life’s not bed of roses for the protagonist, who has to quit boxing and embark on a journey of self-discovery.

Are you attending this teenage growth drama? Let us know in the comments below!